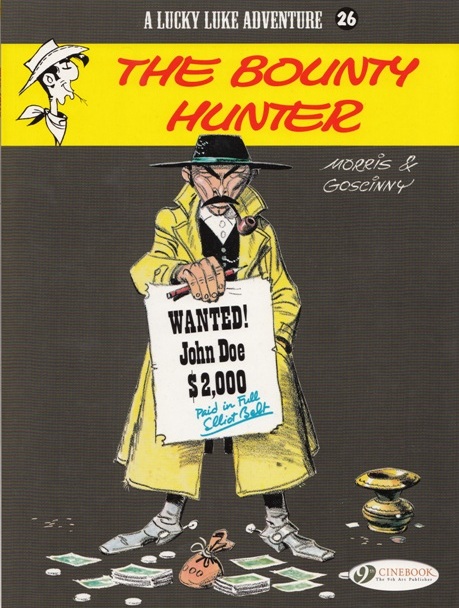 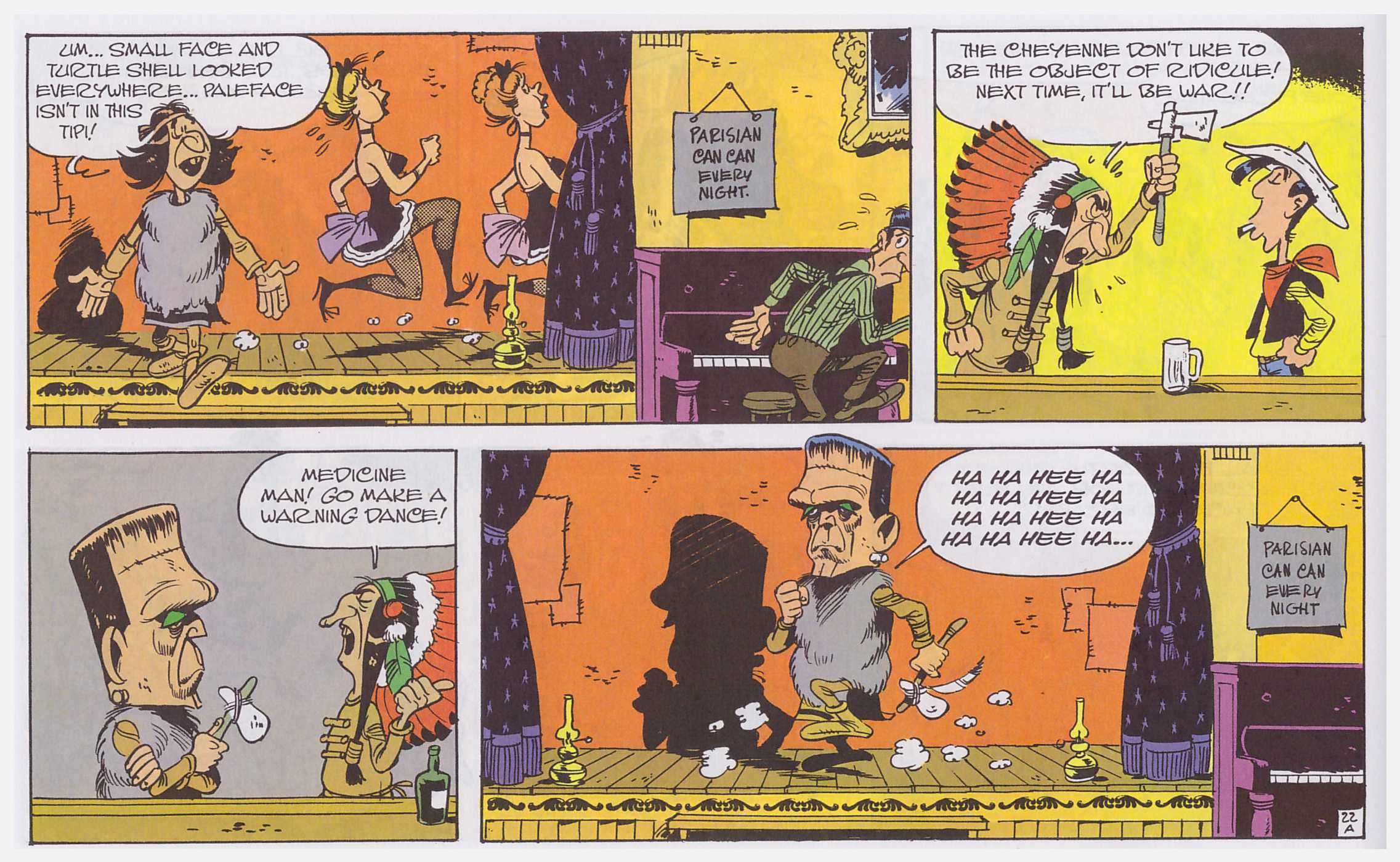 As the Lucky Luke progressed through the late 1960s and early 1970s artist Morris increasingly used caricatures for some of his cast, but The Bounty Hunter is unusual in that the caricature of American actor Lee Van Cleef is a both a lead character and cover-featured.

Van Cleef had played old West villains throughout the 1950s and 1960s, but it was his work with Sergio Leone that brought his distinctive sallow glare to the notice of European film directors and he starred in several Spaghetti Westerns. His best known bounty hunter role was alongside Clint Eastwood in For a Few Dollars More, which was presumably the inspiration for his character here.

René Goscinny’s penchant for keeping the basis of Lucky Luke true to historical fact has him portray the bounty hunter, Elliot Belt, as reviled by the communities he in effect protects. Balancing this, there’s a sequence showing Belt as a child, thoroughly unlikeable and willing to do anything if there was a profit. He’s particularly offended by Luke turning in a wanted criminal and virtuously refusing the reward.

The thrust of the plot is a missing horse, the favourite of an eccentric wealthy ranch owner, who’s so certain the horse has been stolen by a Cheyenne named Wet Blanket that he offers a reward of $100,000, an almost unimaginable sum in those days. Belt’s uncompromising attitude risks war with the Cheyenne, who’re not entirely convinced by Luke’s explanation.

In addition to caricaturing Van Cleef, Morris indulges his whimsical side by portraying the Cheyenne Medicine Man in a full head Frankenstein mask. As ever, Morris provides superb cartooning, with a sequence near the end about a stray glint of sunlight beautifully supplied.