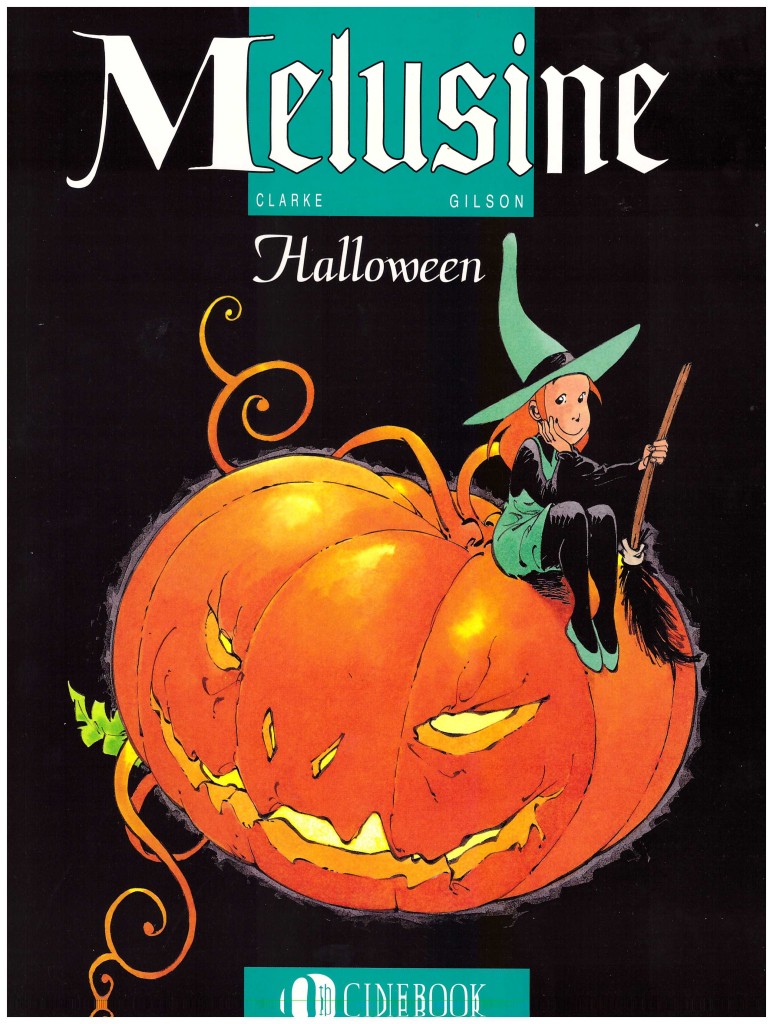 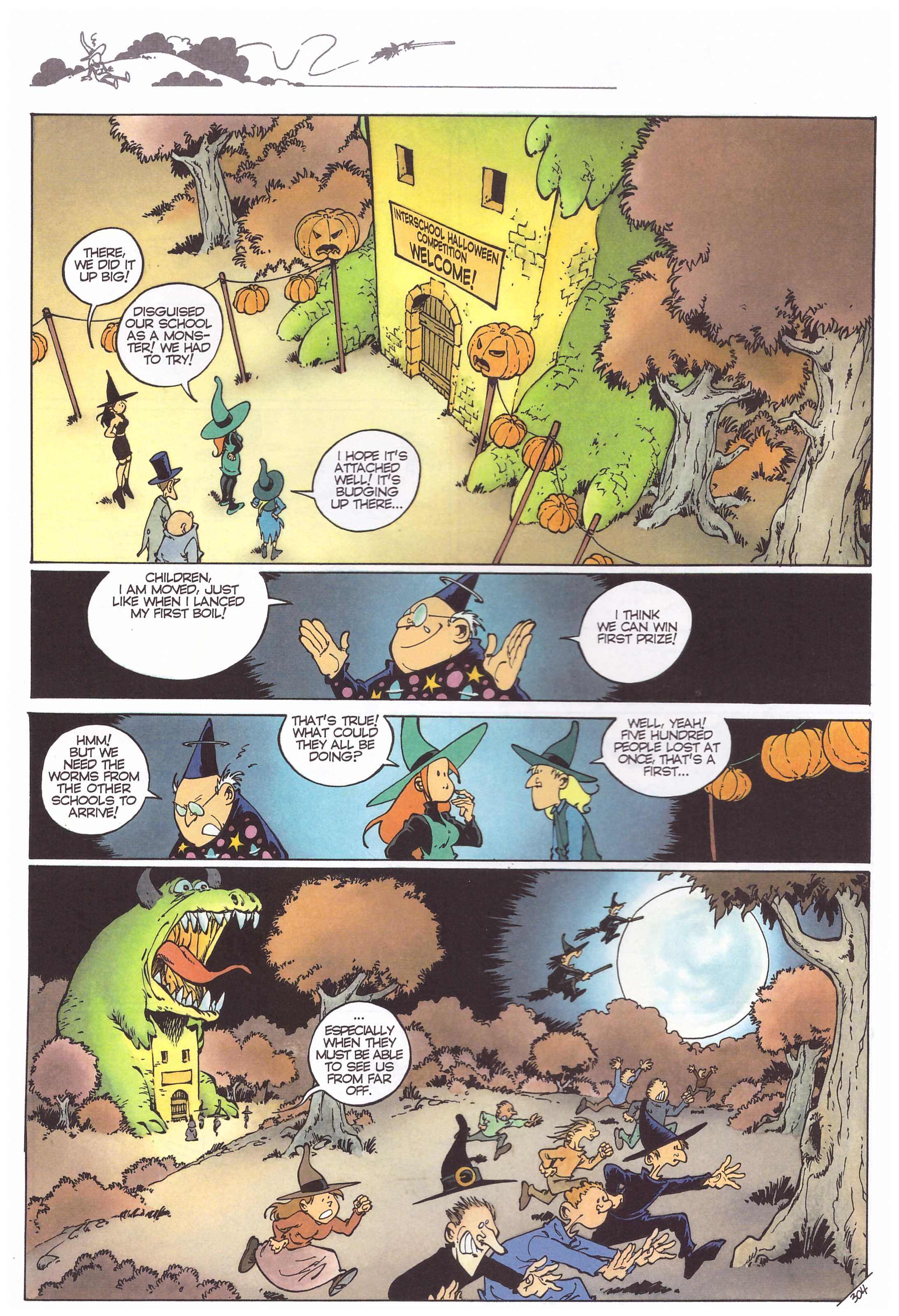 Something magical occurs around the halfway point of this graphic novel. As it concerns a teenage witch there’s a case to be made for that not being much of a surprise, but the magic transcends the plots.

Enormously successful in Europe, Cinebook’s English translations of Melusine began with the seventh volume, Hocus Pocus from 2000. It was problematical. As with this book, artist Frédéric Seron, illustrating as ‘Clarke’, supplies loose cartooning with an instant visual appeal, but the there wasn’t a massive laugh factor to the largely single page gag strips.

That’s initially also the case with Halloween, as François Gilson’s material leads to predictable and sometimes weak pay-offs. It’s difficult to imagine even younger children rolling around the floor with laughter at some strips featured in the opening section. This comes to a head in an unusually lengthy offering stretching over four pages to the single gag of the pink-loving Melisande winning the draw to create the halloween decorations. ‘Feeble’ is about apt. Turn the page, though, and the mood alters. While never evolving into high comedy, the slapstick humour becomes a little less obvious and occasionally quite surreal.

Everything stems from the broad characteristics applied to the cast. Melusine is good-natured, but one to uphold the traditions of her profession, particularly on Halloween. Melisande would happily dispense with tradition and utilise her talents to turn the world pink, and Cancrelune tries her best, but is completely inept. Occasionally other characters float in and out of the strip as needed, primarily as the pay-off to jokes.

As the improvement occurs in the latter stages of the collection and not every late strip matches the better material, Halloween is still a book to be approached with caution to anyone not completely captivated by the art. Next up is The Vampires’ Ball.