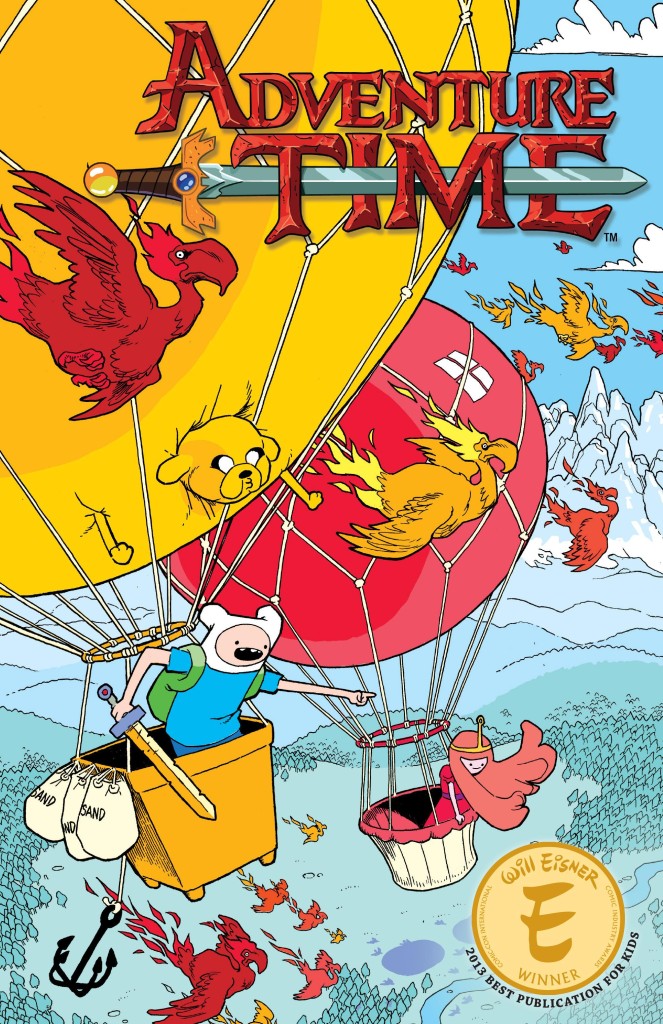 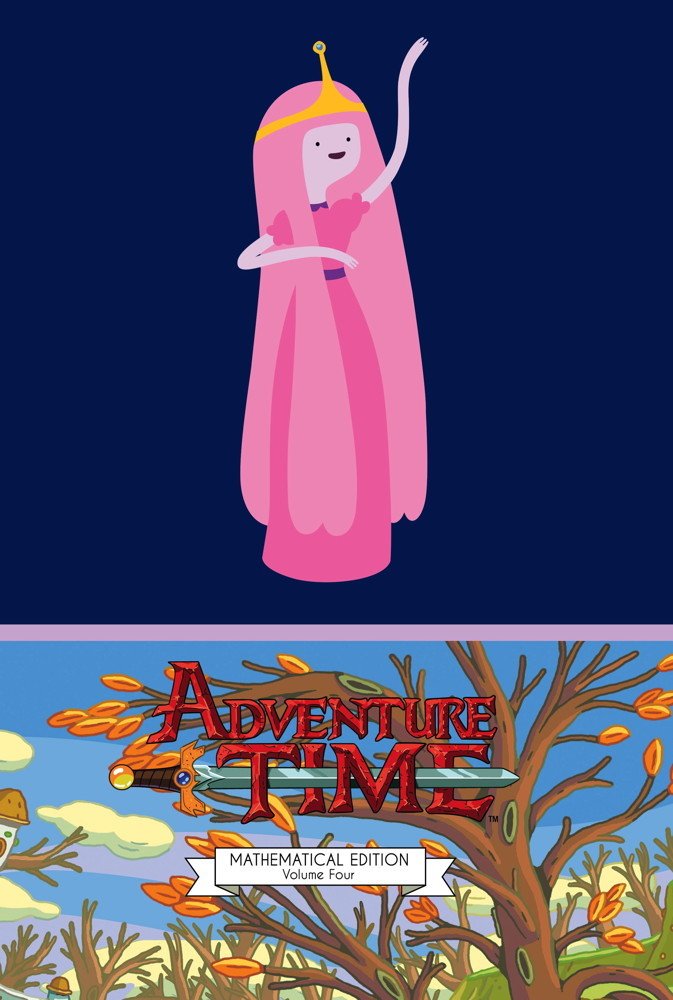 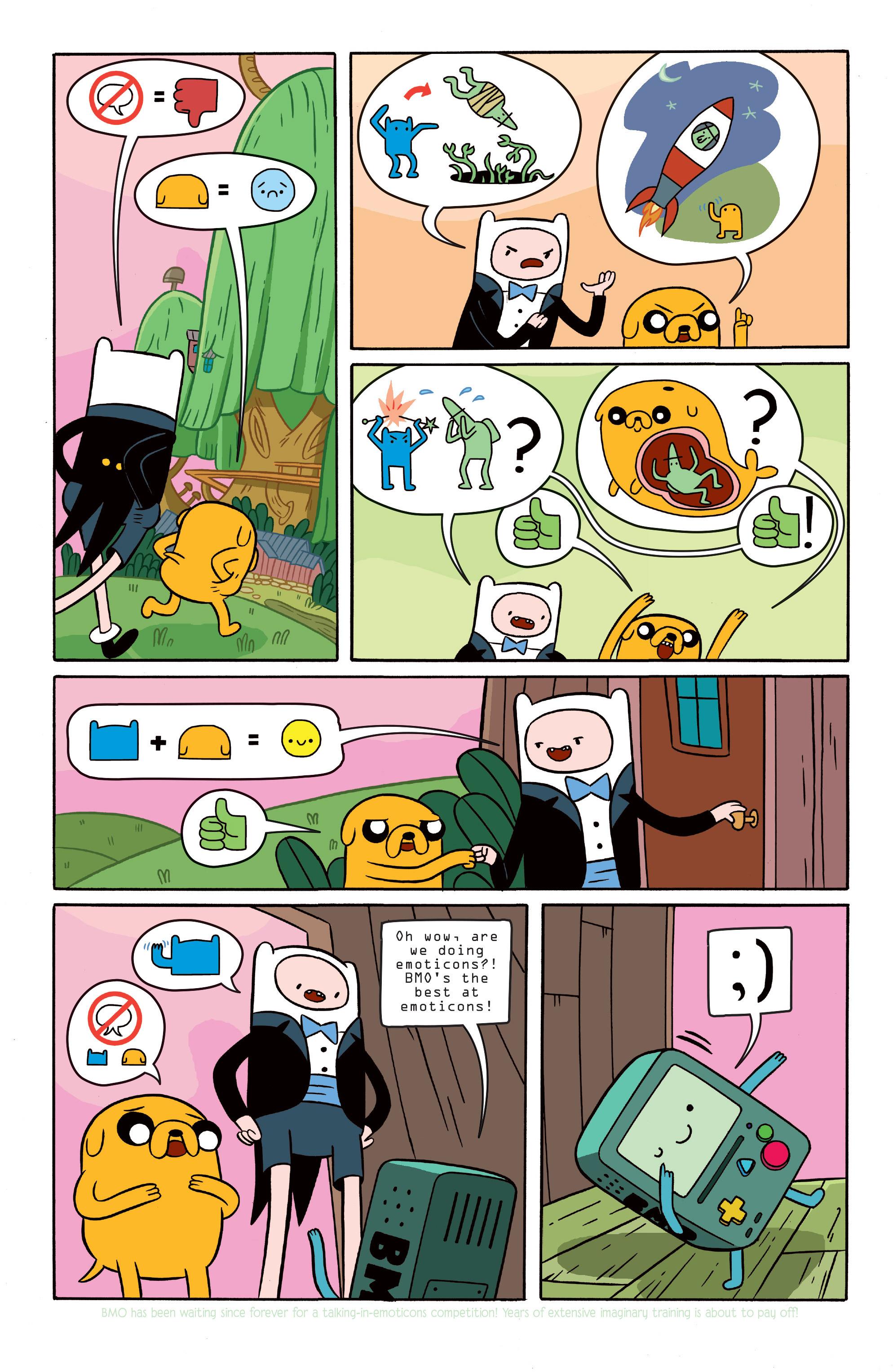 As with the previous book, this is four chapters extended by the printing of a truly bewildering array of alternate covers to the original comic. Kris Mukai should instantly check in at the opticians to protect his sight, such is the insane amount of Candyland detail. This further follows the regular pattern of one concise story followed by an extended adventure.

In some circumstances Magic Man crashing the Princess’ tea party might be considered an interesting diversion, but unfortunately this time out a spell gone wrong results in Finn and Jake only able to communicate in pictograms. It’s an interesting idea not flogged to death by writer Ryan North, and by the end of the chapter full vocal communication is restored.

Ice King’s peculiar obsession is kidnapping princesses, which is truly non-righteous, but we now discover why he does so, although in a not very credible self-justifying manner. That’s the introduction to a plot that comes closer than any to one of Adventure Time‘s inspirations: Dungeons and Dragons. A long time ago the Ice King constructed the ultimate test for heroes in the caves beneath his kingdom and when Finn and Jake learn there’s a prize at the end, there’s no stopping them. North constructs a feasibly humorous quest involving the Ice King himself, who’s forgotten many of the traps he set and the creatures he created. North achieves an ingenious use of Jake’s powers when they’re switched to Finn, although that’s not quite the full story, and as with all dungeon quests there are traps and twists. On one level it’s a jolly romp, but North manages the neat trick of instilling some pathos along the way.

The strips are characterised by the same joyous bonhomie as the animation and artists Shelli Paroline and Braden Lamb capture the look of the show exactly. Like the show? Pick up the graphic novels with confidence. As with the previous books, the success of the paperbacks led to a more durable hardbound Mathematical Edition.