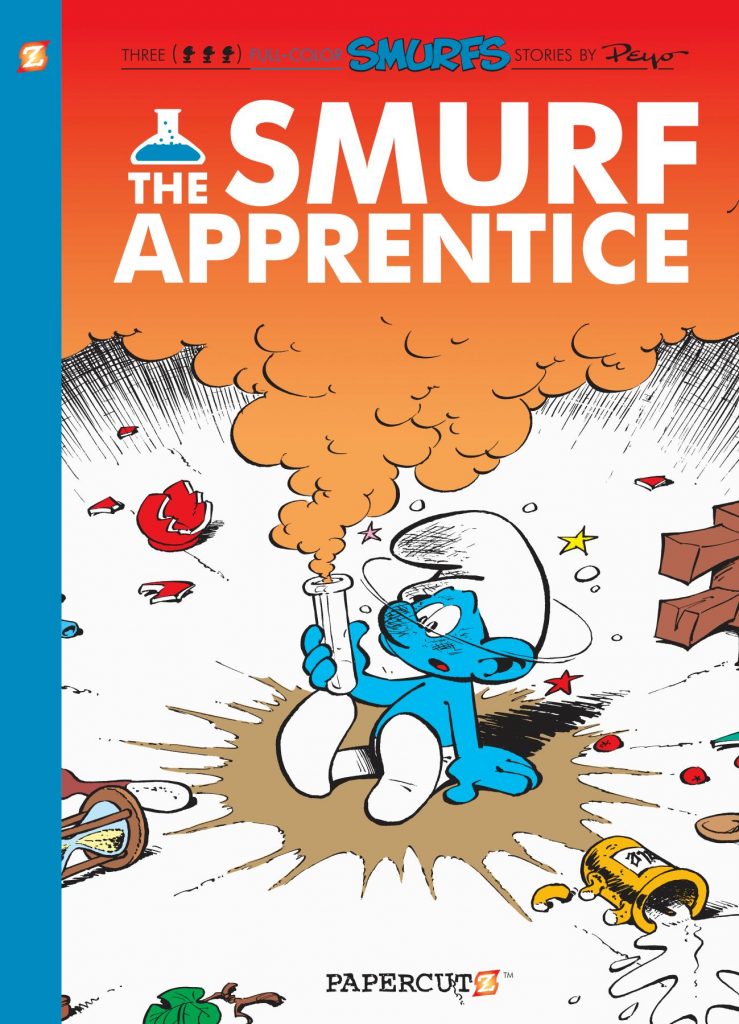 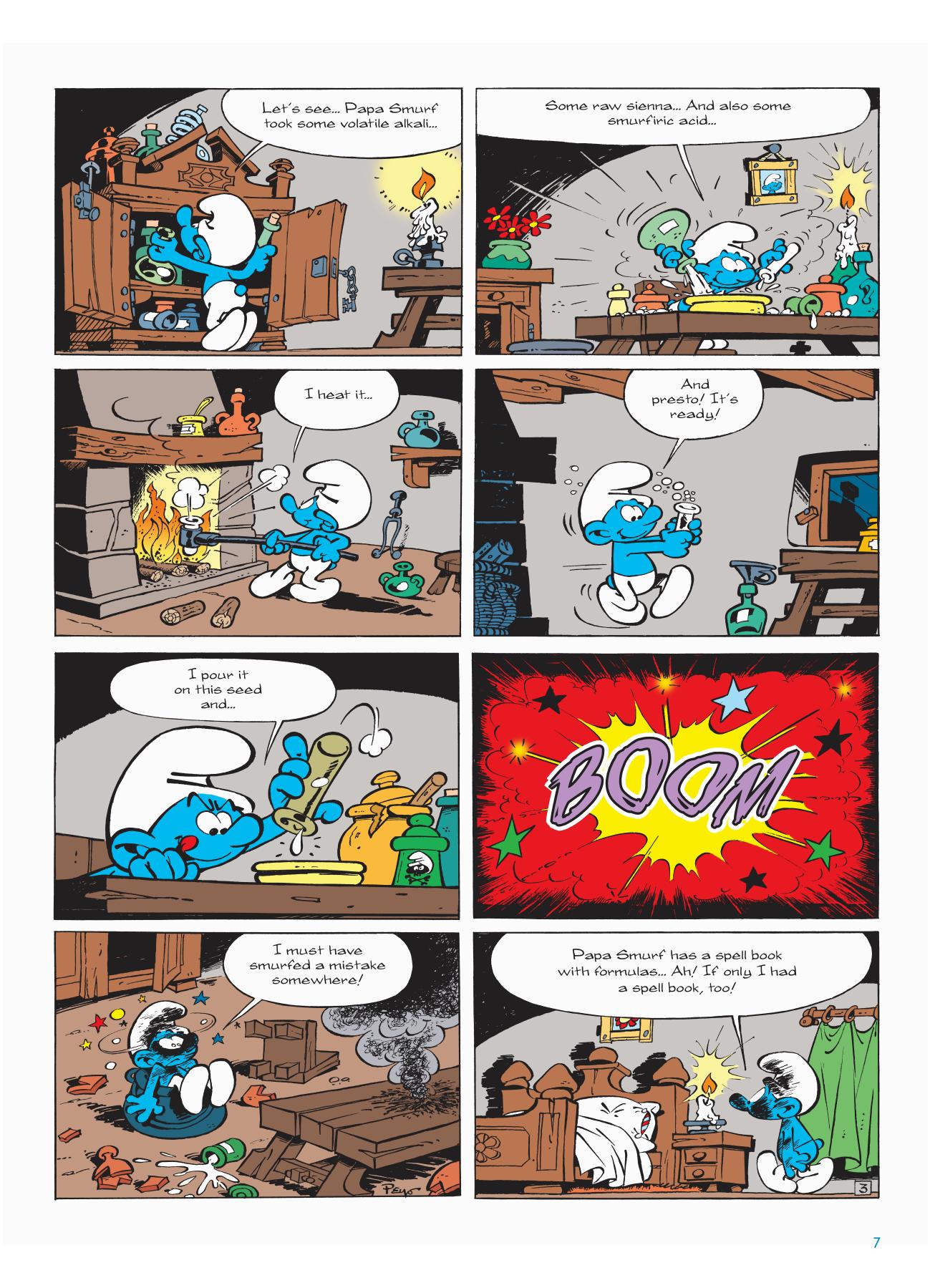 A common starting point for Smurfs adventures is the spirit of curiosity, sometimes exploring, but often a desire for betterment. They fused in the previous Astrosmurf, and here it’s an ambitious Smurf who wants to learn the secrets of Papa Smurfs magical potions. When dismissed as being too young by an imperious Papa Smurf, he resorts to underhand means.

It’s noticeable that for all their innocent charm, Peyo never characterised the Smurfs as paragons of virtue. Humanity’s more negative characteristics often feature. Take the apprentice Smurf. In pursuit of his ambition he’s a housebreaker, a thief, has no concerns about attempting to persuade other Smurfs into testing potion he’s uncertain about, and he’s resolutely unpleasant when he believes he can command the other Smurfs. This isn’t actually the case, and we’re let in on the set-up to that joke, which reverses the benign trick played on the Astrosmurf.

As ever, there’s no real predicting where any Smurf story will lead, and Peyo, here producing plot, script and art, produces an episodic tale that switches direction on several occasions, stringing together several series of gags. Needless to say, a novice tinkerer isn’t going to produce a potion with the same exactitude as Papa Smurf, and where they eventually source their recipe from pretty well ensures disaster. The joke ratio is high, but it’s not as satisfying overall as the more humane Astrosmurf.

Much better is the first back-up strip ‘Smurf Traps’, in which Gargamel sets a series of individual traps for each Smurf tailored to their particular personality. He captures almost all of them, and Peyo produces a great illustration of a gloating Gargamel surrounded by the assorted enslaved Smurfs and the inventive uses to which he’s put them. Each has a miniature ball and chain attached, and they’re being told that anyone who disobeys Gargamel will be fed to his cat. Gargamel is inevitably undone by his own character failings, and the conciseness of the strip results in a satisfying episode not artificially extended.

‘The Smurfs and the Mole’ is the work of Studio Peyo from the 1990s and starts with another prank as Jokey Smurf borrows Brainy Smurf’s glasses. It points the way to the conclusion of the strip as a mole pops up in the Smurf village, and then at Gargamel’s shack, conveniently near for plot purposes.

The title story and ‘Smurf Traps’ can also be found in the fourth Smurfs Anthology, where they’re not only printed in something nearer the original French album size, but they’re also within a nice hardcover format. The next in the series is Gargamel and the Smurfs.