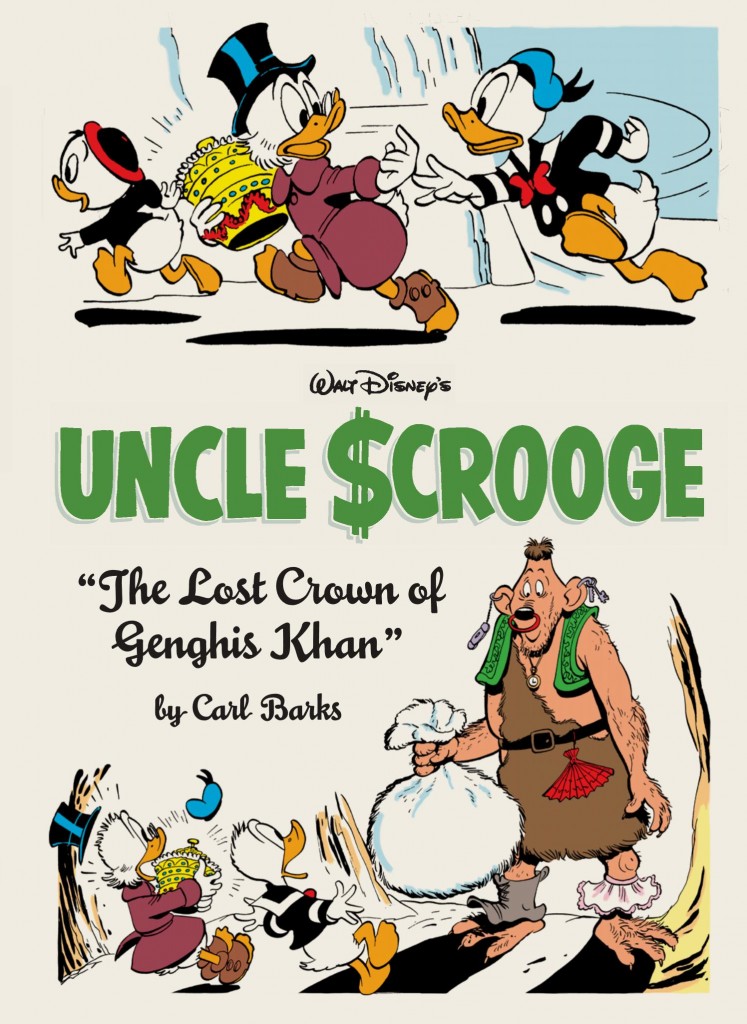 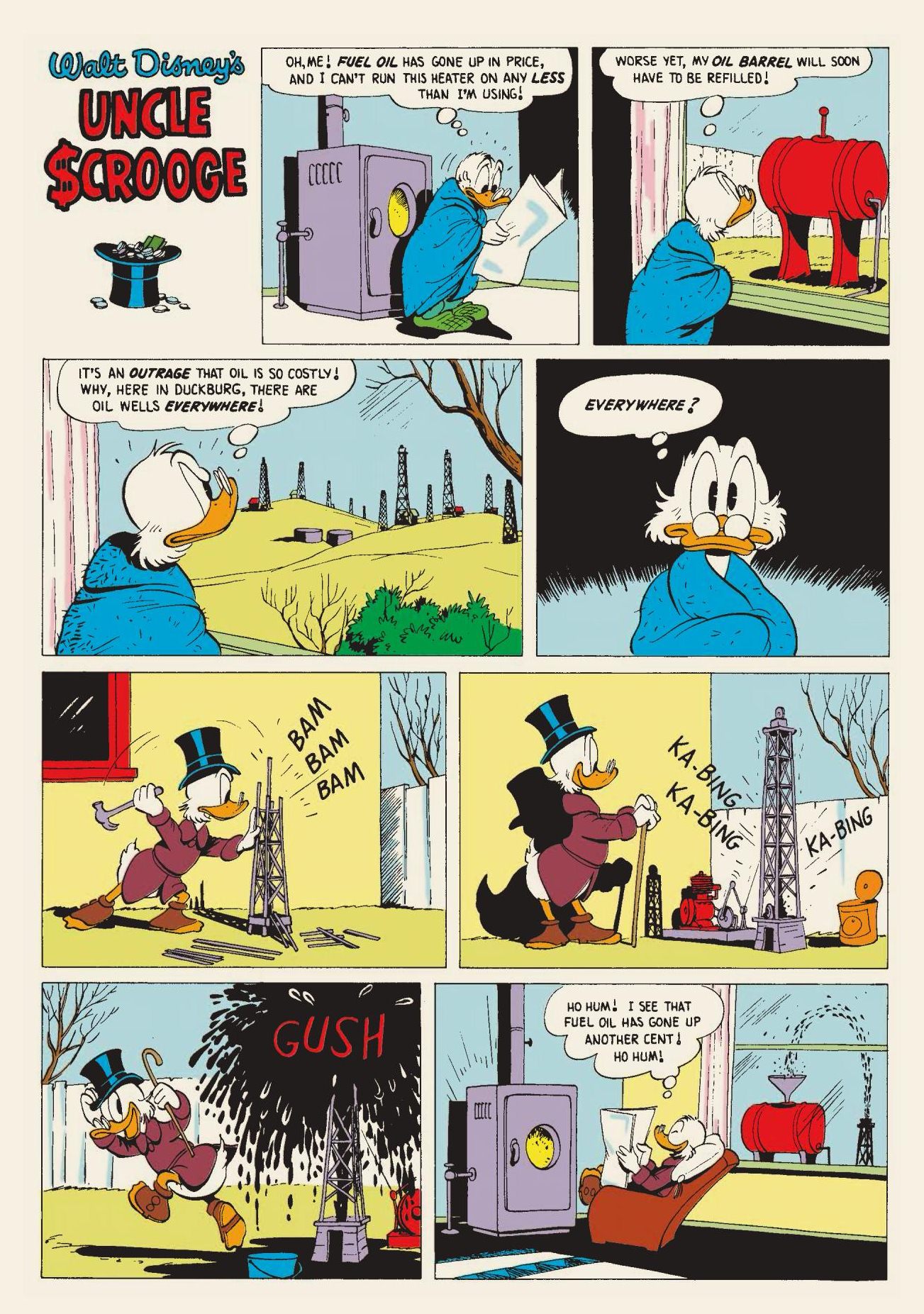 This third collection of Uncle Scrooge from Fantagraphics is a superb representation of Carl Barks’ refined storytelling and equally sheer entertainment. The variety is exemplary from the ecological messages of ‘The Land of the Pygmy Indians’ to the financial satire of ‘The Second Richest Duck’, from the extended slapstick of ‘A Cold Bargain’ to the exotic locale of ‘The Land Beneath the Ground’ and the tension of ‘The Great Riverboat Race’. It’s odd therefore that Fantagraphics have chosen to title the volume with the weakest of the longer stories, and one that Barks’ spiritual heir Don Rosa bettered in a sequel. Being Barks, this is a matter of minor degrees of quality at this stage of his career, but an odd decision nonetheless.

Barks had softened Scrooge considerably in his own series. As seen in this collection, he remains irascible, overly concerned with money and a tightwad, but his better qualities are also displayed. There’s a heart beneath the purple coat if you can get to it, and on several occasions here, while he’d not want it made public, Scrooge is capable of consideration and generosity. In terms of studying Scrooge’s character, it’s most severely tested when he buys a massive area of land on which he’s assured there are no inhabitants. That’s incorrect, and even though he travelled to the wilds in search of tranquillity Scrooge can’t help but notice all the possibilities ripe for exploitation. Barks fudges the ending to thatstory, but displays the unreformed unpleasantness that Scrooge might have developed by introducing Flintheart Glomgold in another. Glomgold displays all the single-minded greed of acquisition at all costs that Scrooge originally possessed before Barks tempered him.

The most fondly remembered story presented is that of the Terries and the Fermies in ‘The Land Beneath the Ground’. It combines Scrooge again concerned about losing his money with adventure, wide-ranging satirical content, and an eccentric civilisation. Barks excelled at the latter, and these are possibly his best and most charming examples in what’s an extremely satisfying adventure.

Why is the title strip weaker? It meets the criteria for the best Scrooge work produced by Barks featuring a quest, an inhospitable locale and a puzzle, yet it’s also undermined by a lack of subtlety in planting the later significant plot elements, Scrooge being oddly devious with his family, and one of Barks’ goofiest monsters. Yes, Disney comics required their threats to be as little threatening as possible, but not preposterous.

Scattered among the seven longer strips are a fair sprinkling of the superb one page gag strips Barks produced (see sample page). Such is the reputation of his longer material that these tend to be overlooked, yet they’re templates for economical storytelling and rarely fail in their purpose to raise a smile. The shorter strips are also notable, and also all too often neglected. There’s a greater concentration on slapstick humour, but within that parameter these are fine stories, the best being Scrooge sniffing easy money being given away on TV quiz shows, qualifying as a contestant and then being forced into a position of not winning. Barks keeps twisting the plot until a satisfyingly contradictory end.

This is a volume that’s better than the sum of its individual parts due to the care spent contextualising the stories, offering better value. As Fantagraphics are presenting Barks’ Uncle Scrooge material chronologically The Lost Crown of Genghis Khan is the best volume they’ll issue short of publishing a more selective collection. The Mines of King Solomon is next.