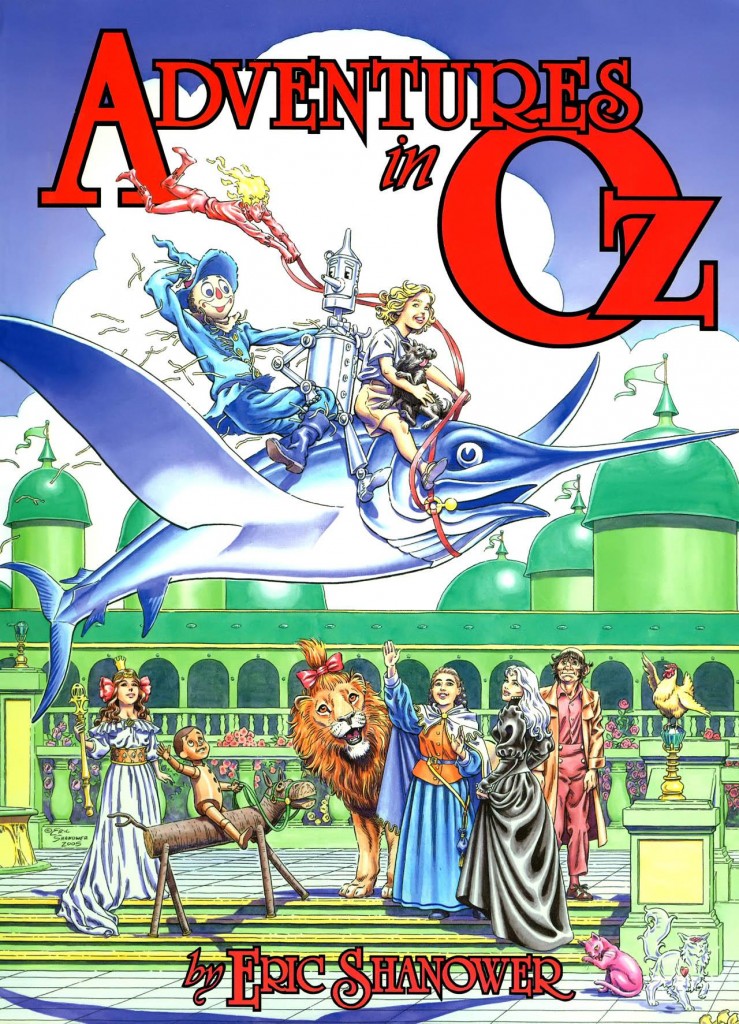 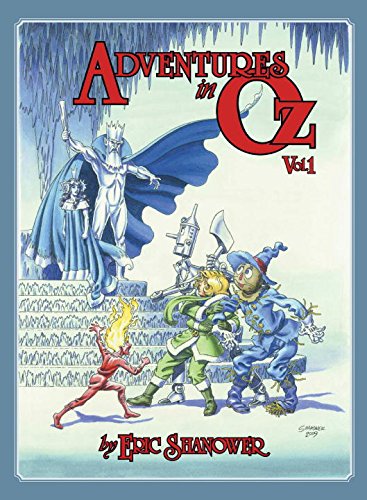 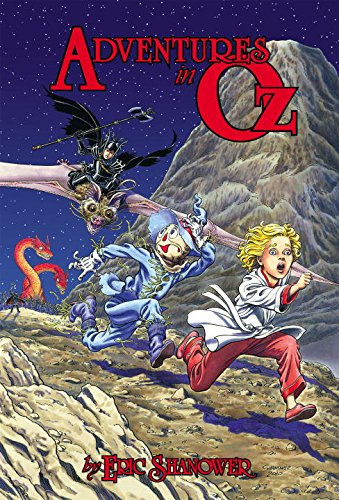 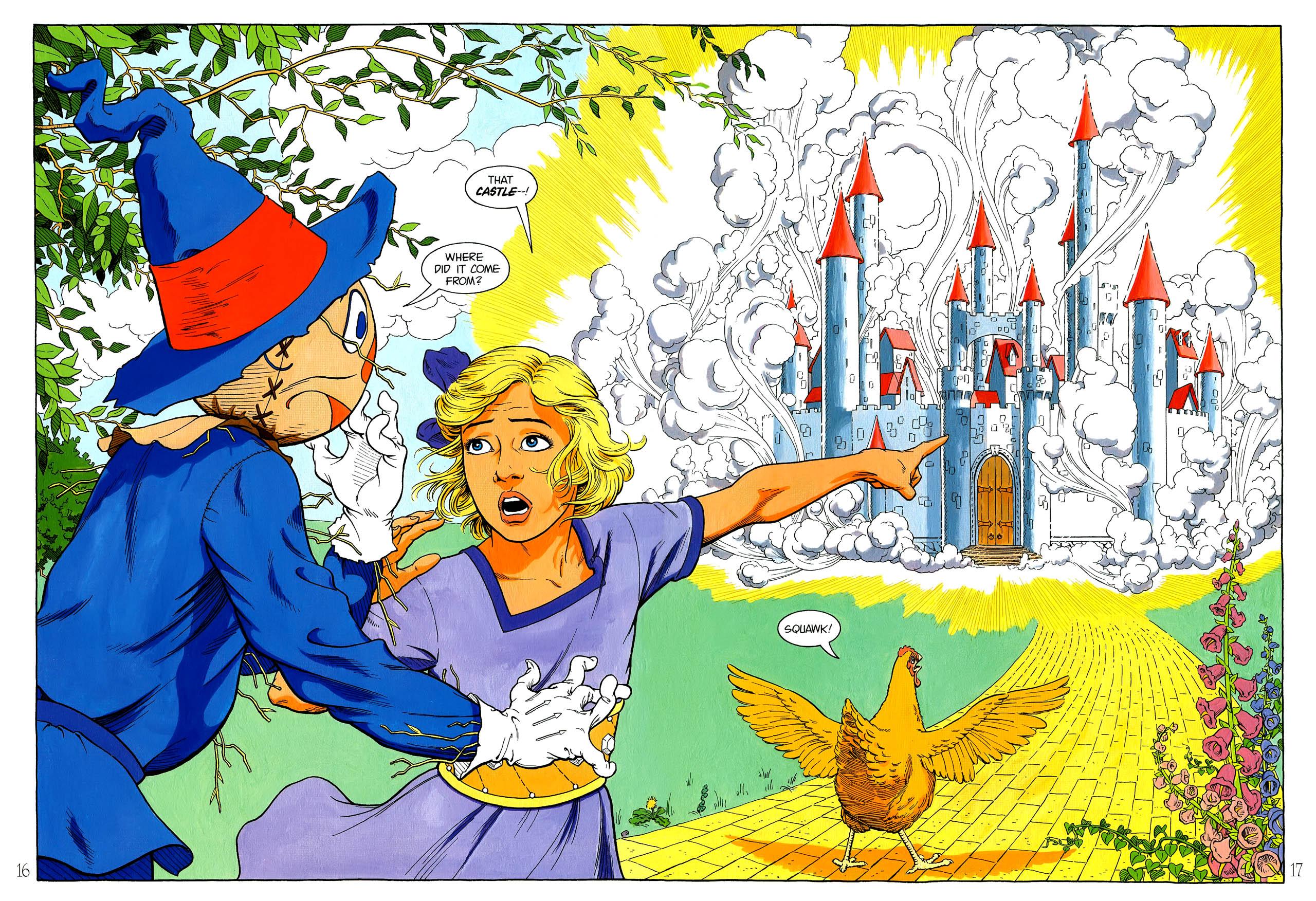 As a cinema landmark, the 1939 adaptation of L. Frank Baum’s turn of the 20th century children’s novel far surpasses the appreciation of the source material. Many who love the film remain unaware it’s an adaptation, and even those who do rarely consider another sixteen books followed. This is mentioned because Eric Shanower draws the cast for his original Oz stories from well beyond the familiar film characters, although most of them appear along the way. His prominent use of others, particularly Ozma, the rightful ruler of Oz is explained in an editorial.

This is a compilation of five books originally produced during the 1980s, but sharing the timeless charm of Baum’s original work. They’re all beautifully illustrated by Shanower, and the flat colours have an attractive bright allure equal to Oz itself. Shanower sometimes draws on the original book illustrations of William Wallace Denslow, with the Tin Man very strong, but largely ignores the film designs when casting the material. His Dorothy, for instance, is blonde rather than dark haired, and his lion in no way a man in a costume.

The Enchanted Apples of Oz begins the collection, followed by The Secret Island of Oz, The Ice King of Oz, The Forgotten Forest of Oz, and The Blue Witch of Oz. For greater detail about them check the individual reviews, but suffice to say it’s unlikely any fan of the original works will be disappointed. Shanower keeps Baum’s creations consistent with the versions in his books, and involves his own new characters to ensure an uncertainty and to enable them to progress. These are not only well suited to Baum’s world and mix well with his cast, but are excellently designed to be visually engaging, which is important in the graphic novel format. They include a large blue flying swordfish, a bright red living candle and the stunningly illustrated wood nymphs.

For all his facility with plots, the most immediate effect on cracking this compilation open is Shanower’s gorgeous art. Page after page amazes, and particularly effective is the method of using decoration to distract from dialogue needed to move the plot forward. This can take the form of nature in all its glory or the wonderful fixtures and fittings of Oz. Shanower is also a very effective colourist, so although these stories were created in the 1980s, the flat colour scheme he used still works very well indeed despite the advances in technology.

There’s an element of heresy in pointing out that strictly in terms of his prose, Baum wasn’t a great writer, but his imagination let him flourish. Shanower’s equally imaginative, and his glorious art replaces Baum’s stodgy prose, so this is the best of both worlds. The individual 1980s paperbacks are still easily found, and in 2017 IDW reissued Adventures in Oz as two oversized hardcover volumes. Anyone who really falls for Shanower’s use of the characters is directed to his following prose and illustration novels beginning with The Salt Sorcerer of Oz.