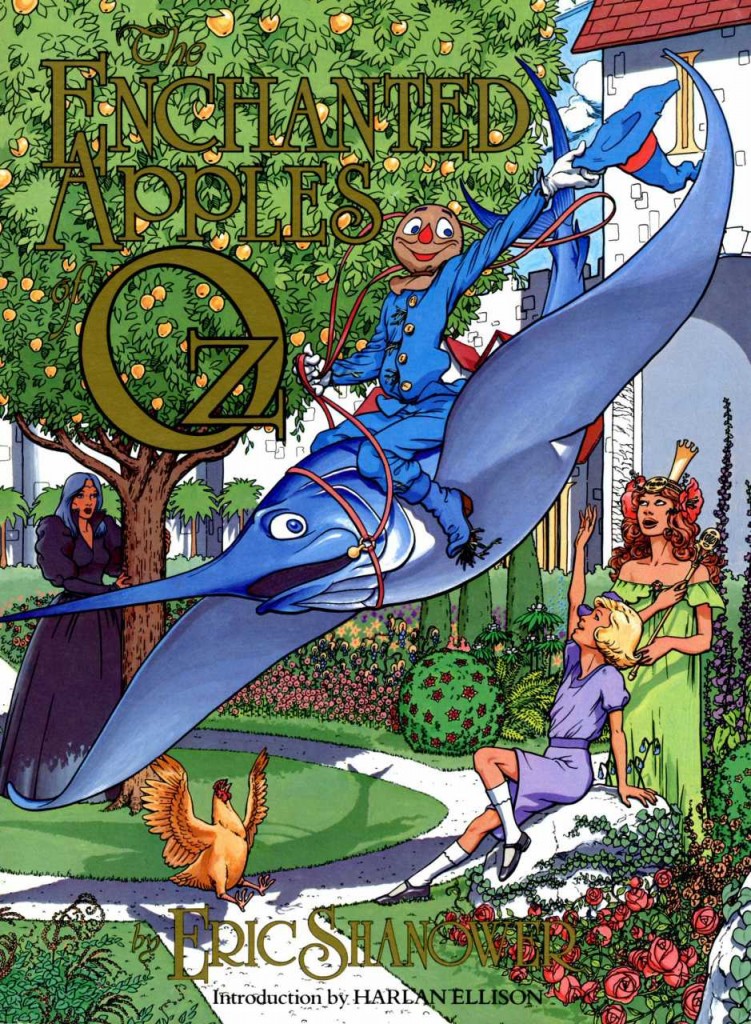 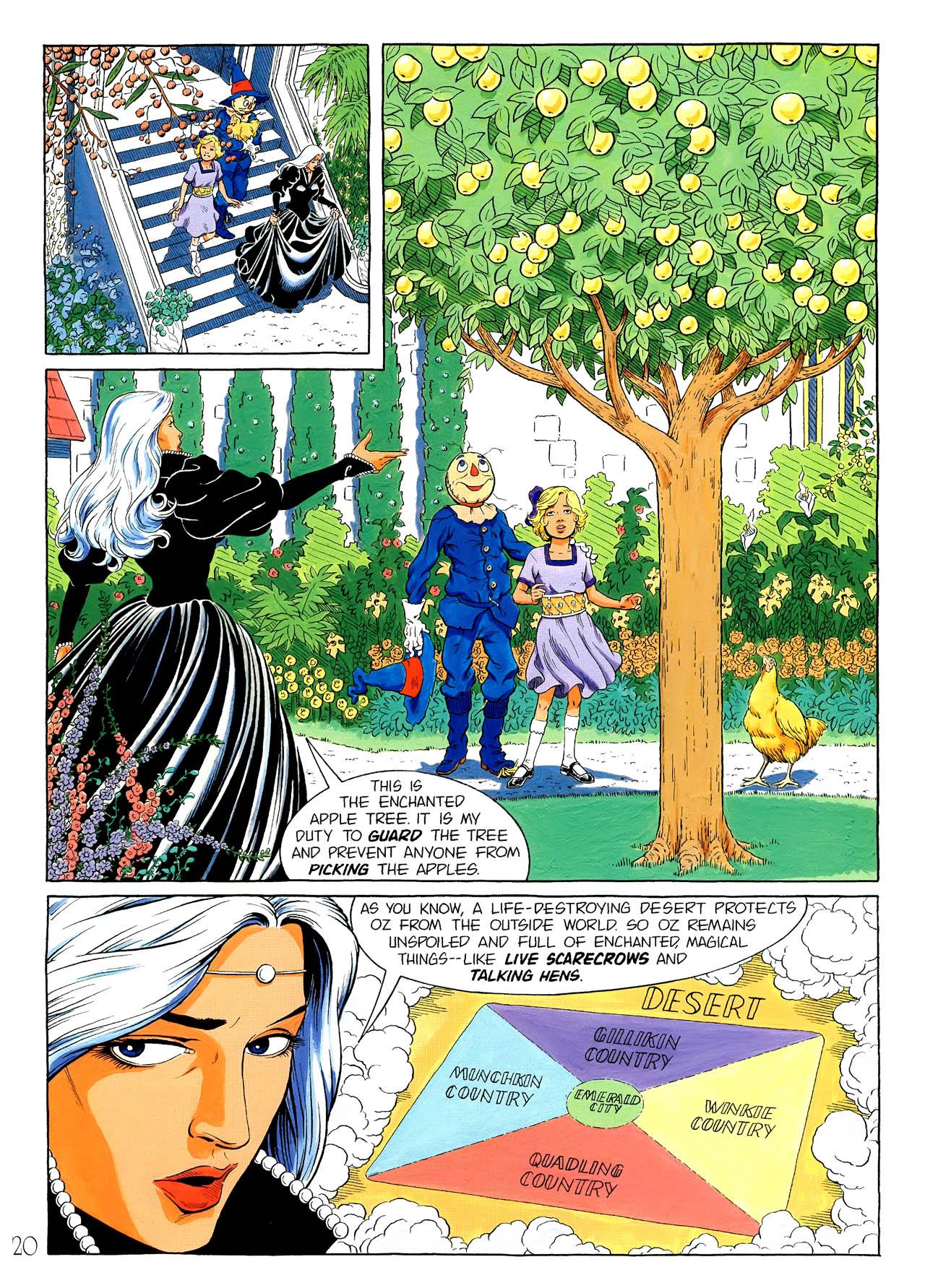 From the mid-1980s Eric Shanower produced five original graphic novels drawing on the characters of L. Frank Baum and his Oz novels. Shanower’s fully immersed himself in Baum’s work, and uses Oz inhabitants and artefacts created by Baum beyond those featured in his first novel, which due to the filmed Wizard of Oz is the most familiar. So the opening pages of Enchanted Apples feature Billina the talking chicken and Dorothy’s magical belt alongside the Scarecrow, whose appearance is closer to that created by William Wallace Denslow for the original book illustrations than the film version. Dorothy is modelled neither on Judy Garland nor Denslow’s pigtailed version, but instead presented as blonde haired child. Shanower has the consideration to fill in the salient details separating his story from the film.

To some any deviation from or addition to Baum’s canon is wrong-minded, but in Shanower’s case they’re closing themselves off to some fabulous adventures. The enchanted apples of the title grow in an orchard removed from Oz for a century, and are fundamental to the country’s wellbeing. Should apples be picked, or worse, the tree die, the consequences for Oz would be disastrous, yet a century previously there was a rogue called Bortag prepared to risk that. He’s still around, he has a long memory and an insatiable desire, and a brilliantly imaginative form of transportation, which is all down to Shanower.

Oz is a morally certain retreat of good and evil, and Shanower captures that well while simultaneously ensuring some of his characters are multi-faceted. Among several other excellent aspects is how Shanower transforms villainy to tragedy, and how neatly he utilises the danger he introduces via the enchanted apples, which at first seem all too contrived. Enchanted Apples is immensely satisfying and ought to thrill any child and charm any adult whether or not they’re familiar with the cast. Shanower’s stories can be read in any order, but he next published Secret Island of Oz.

This edition is still easily found, and is perhaps preferable to later reprintings for featuring a loving introduction from Harlan Ellison absent from the following editions. It might have been relatively ignored when originally published, but the appeal and quality of Shanower’s work has stood the test of time, and has seen several 21st century reprintings along with his other Oz stories. This and all four successors are combined as Adventures in Oz, or it’s alternatively available in the later Adventures of Oz Vol 1, which pairs it with The Secret Island of Oz. Little Adventures in Oz couples Enchanted Apples with The Ice King of Oz, but is less desirable due to its pocket sized format.