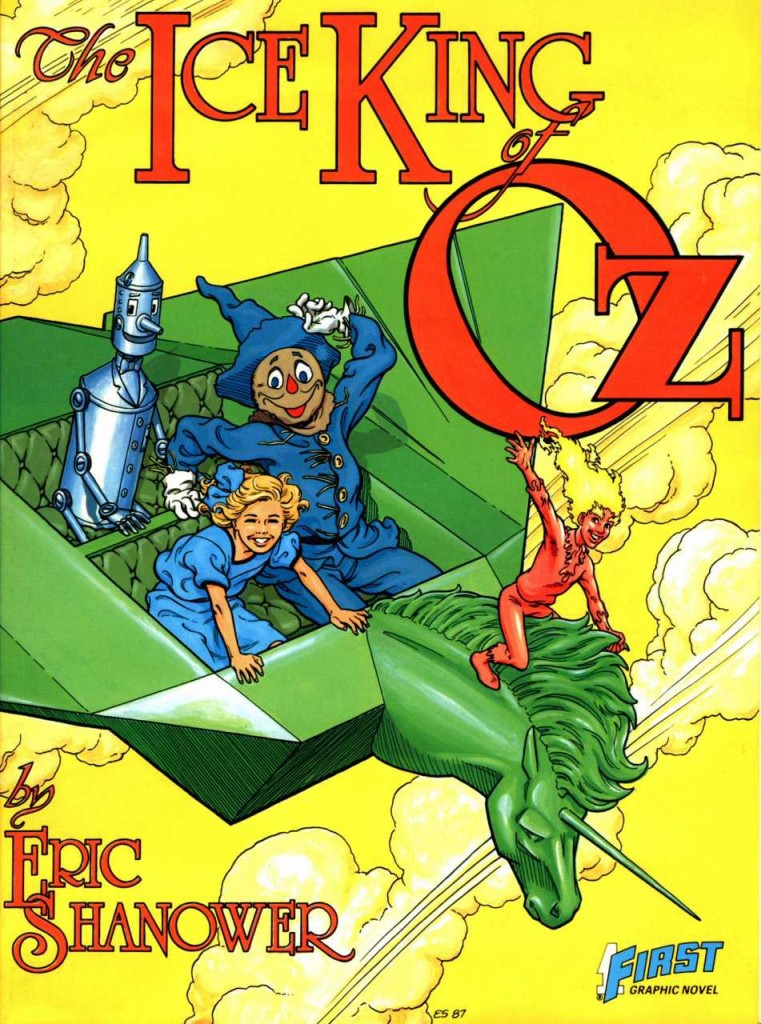 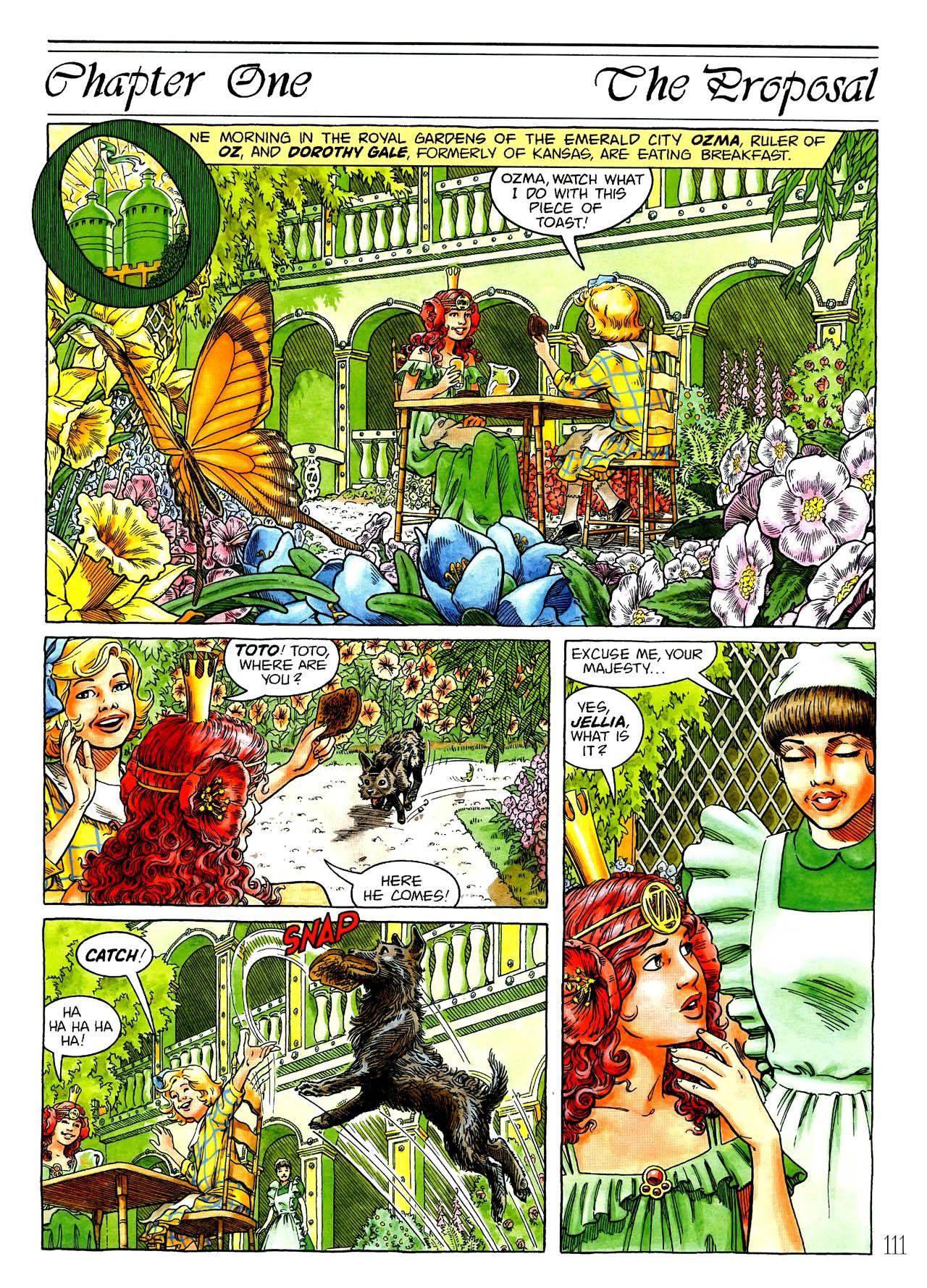 The opening page of Ice King really tells you all you need to know about Eric Shanower’s approach to his Oz material. He creates a world that’s so lush and alluring that it can’t help but seduce any adult, never mind the children for whom this work is intended. The bounty of nature and the glory of the Emerald City is all on display, and the threat to it is the gist of Shanower’s story.

As with previous books, Shanower constructs an original tale featuring the creations of L. Frank Baum, but is respectfully careful to ensure those characters remain the same at the start and finish. His own characters interact with the established cast, and these have a greater level of personality, and the ability to progress during events. The Ice King rules a remote kingdom previously unknown to Oz, but is keen to establish relations, of which marriage is considered an important part. However, he has odd ideas about personal boundaries, which extend considerably further than most.

Shanower sets up a predicament that removes the possibility of using any magic to resolve matters. As this is the default solution in Oz it’s an intriguingly clever limitation. Dorothy, Scarecrow and Nick Chopper, the Tin Woodsman (as per Baum’s books, but better known to Oz film fans as the Tin Man) set off on a rescue mission accompanied by a new character.

Although good throughout, the decorative quality of the art diminishes as Dorothy’s party face the hardships of the Ice Kingdom, and there’s a greater dependence on a protracted action scene than in Shanower’s previous Oz work. It leads to a clever pay-off making good use of a new character, and to the eventual resolution. It’s a slightly weaker story, though, with the mechanics a little too obvious, and while Flicker has some charm he’s eventually too contrived. Furthermore Oz is characterised by good cheer, so Shanower has to remain consistent to the established tone, requiring Flicker to be too readily accepting of his fate.

This edition is still easily found, but as any reader will surely want all five of Shanower’s Oz stories Adventures in Oz is the better bet. As this has now been split into two oversize books, Ice King is found in the forthcoming volume two. It’s alternatively available in the later Little Adventures of Oz Vol 1, where it’s found with The Enchanted Apples of Oz, but that’s less desirable due to its pocket sized format. The next book as originally created is The Forgotten Forest of Oz.