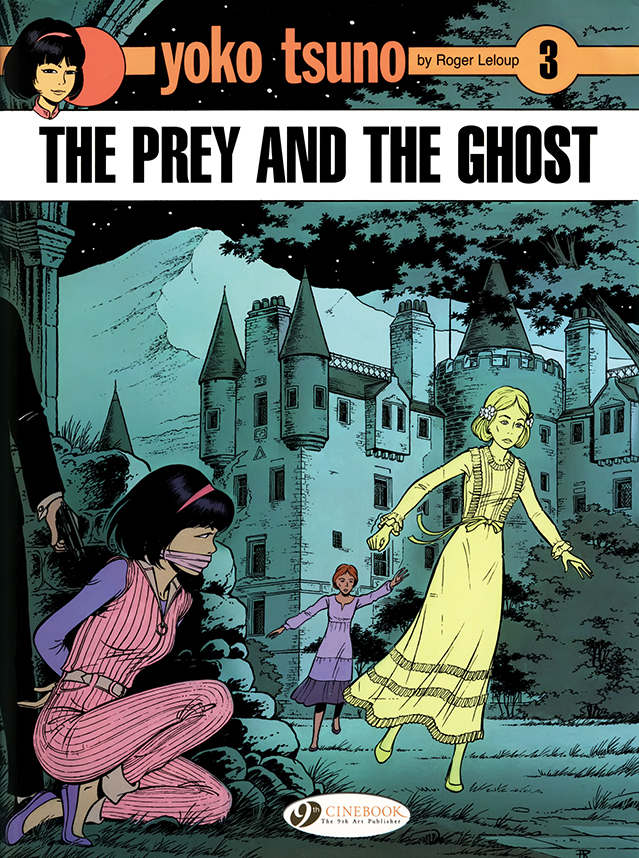 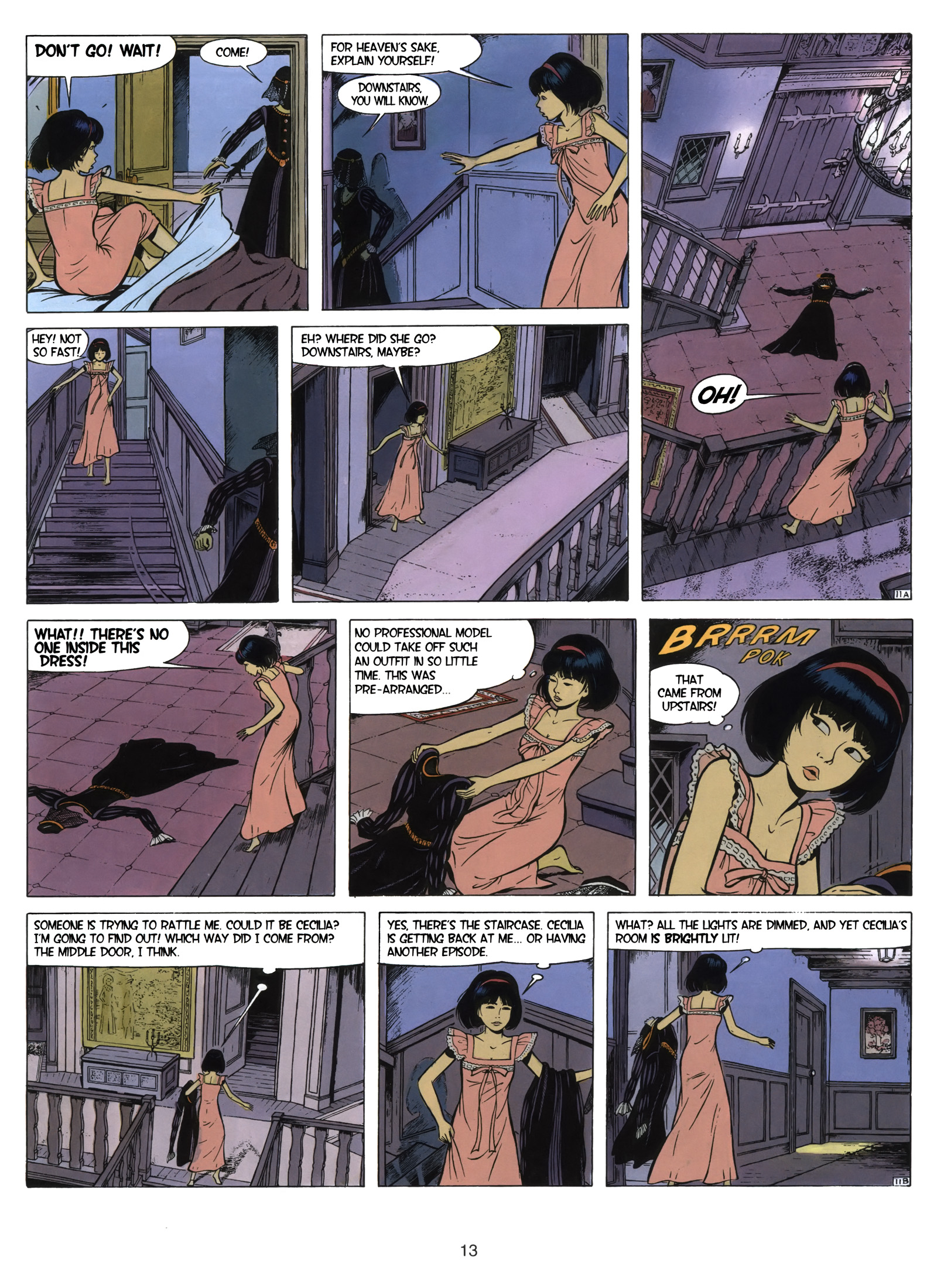 The Prey and The Ghost is the third album of Roger Leloup’s Yoko Tsuno to be translated by Cinebook, but the twelfth volume in the original series. It follows directly from the previous book, The Time Spiral.

Yoko and her friend Pol are driving through the Scottish countryside, scouting locations for a documentary, when they encounter a young woman in the middle of the road. They have to swerve to avoid her and their car hits a rock. Her name is Cecilia, and she looks dangerously wild-eyed but insists she’s perfectly sane. A pack of hunting dogs and Cecilia’s father arrive to take her back to the castle she ran away from, and she begs for Yoko’s help. Yoko decides to investigate what’s scaring this girl, so she returns to the castle with Cecilia and her father. Yoko and Pol find themselves in the middle of a mystery. No-one questions the strange nightly appearances of a glowing woman, the ghost of Cecilia’s mother, haunting the castle and the grounds around it. But Yoko wants to find out why and how this apparition exists, and she suspects that Cecilia’s father may know a lot more about the mystery than he lets on.

The Prey and The Ghost is a classic haunted house whodunnit, set in a very meticulously detailed castle in the Scottish countryside. Roger Leloup’s drawings of the countryside, the castle’s stone interior and the ruined churchyards around it are impressively atmospheric. Pol isn’t much help as Yoko investigates the grounds of the castle at night and it isn’t until the third member of their team arrives that she devises a plan with Vic and Pol to catch the ghost and save Cecilia from a terrible fate.

Yoko herself is supremely rational and capable as always, and since this is a Roger Leloup book, there is a technological thread to the mystery (kids might need a dictionary for the detailed technical explanations on page 38 and elsewhere). There’s mild peril and no gore to upset young readers, and the steady pace of the storytelling gives almost all the clues they need to solve this puzzle along with Yoko.

The next book in this series is Daughter of The Wind. 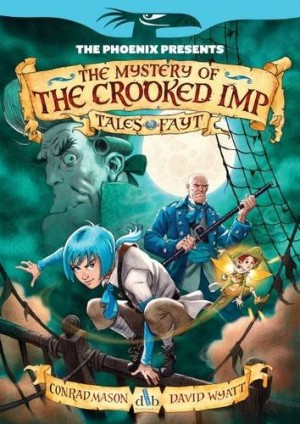