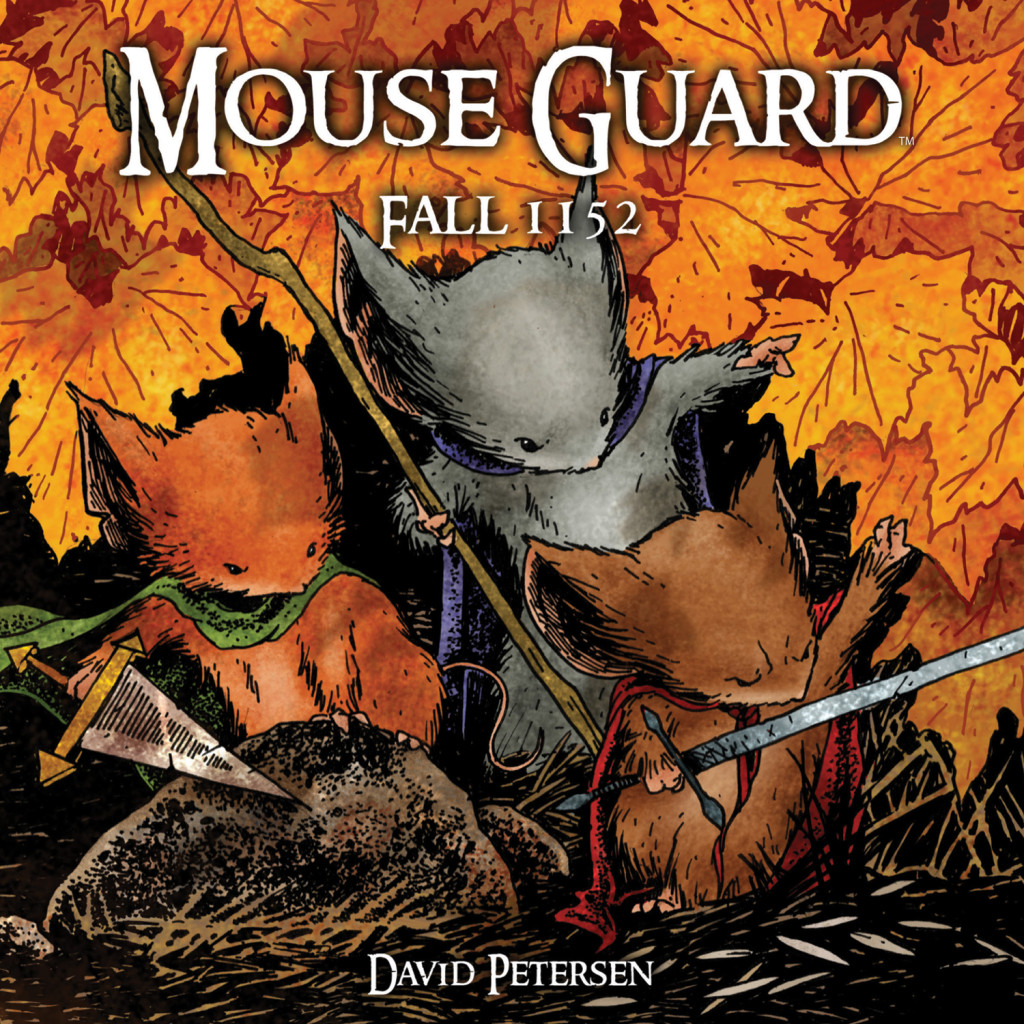 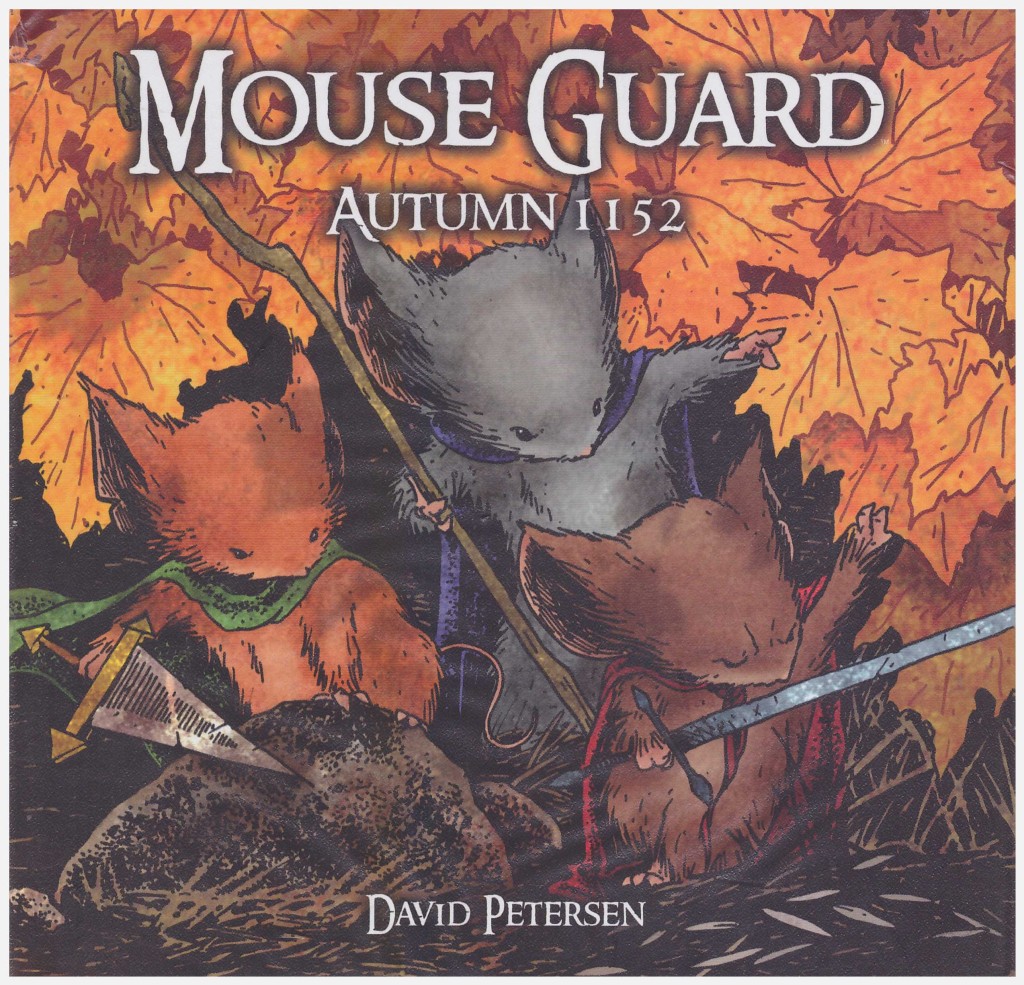 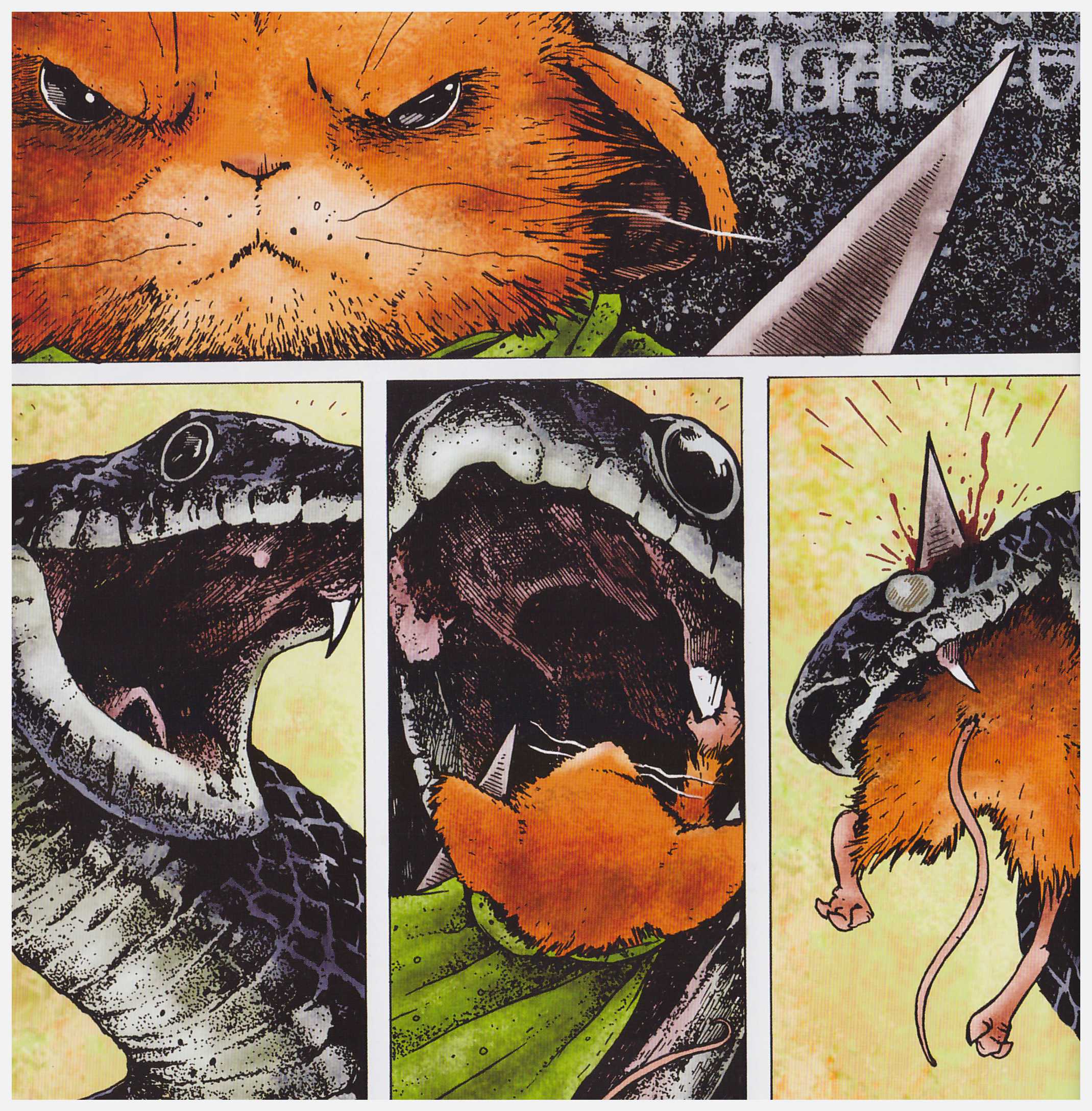 The Mouse Guard books are very highly rated, award winning in fact, although in the children’s category, and very nicely drawn by David Petersen, but while having charm, the overall appeal of this mash-up of The Three Musketeers with Beatrix Potter is elusive beyond the art.

Petersen has spent considerable time creating the background detail, how his society works, the history leading to it, and the nooks and crannies the mice use. Any imaginative child will surely be instantly fascinated by the bonus material. This includes charmingly illustrated descriptions of the trades prevalent in the society Petersen establishes, convincing maps and diagrams and lovely spreads of the mouse village. All this, though, occurs outside the feature presentation, which would have benefited from more thought applied to its resolutely simple plot.

Mouse Guard is a tale about those who protect mice communities in a society roughly akin to the technical level attained in the middle ages. The mice are anthropomorphised, but other creatures are analogous to their real Earth counterparts. The initial focus is on three guard members. Kenzie and Saxon are veterans, while the younger Lieam shows great skill and promise. In a twist on the Three Musketeers scenario, their eventual comrade is far older. They learn of a conspiracy to attack their community of Lockhaven, and it becomes a race against time to return home, warn Queen Gwendolyn and protect the city.

The overall plot is extremely slim, so the wonder lies in the art, which in some places is stunning. Early sequences where the mice are attacked by a snake, then crabs, are particularly impressive, all the more so for this being Petersen’s first sustained work. The art, though, is a double edged sword. In electing to draw his mice as realistically as possible, albeit standing, Petersen leaves little opportunity for characterisation via facial expression (although belied by the featured illustration, a rare exception), and that lack of emotional investment is a drawback.

It’s pleasing to see an artist choose his format rather than be confined by the tyranny of standard shop shelving. All Mouse Guard collections are almost square, width slightly exceeding height, and it should also be noted that the British edition is titled Autumn 1152, in recognition of the name applied to the season preceding winter in the UK. The characters return in Winter 1152, which is a considerable improvement.