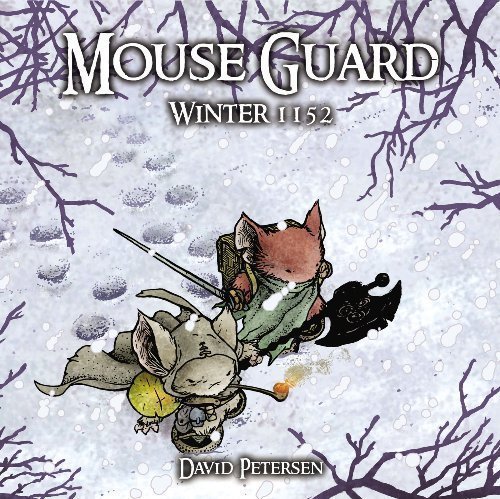 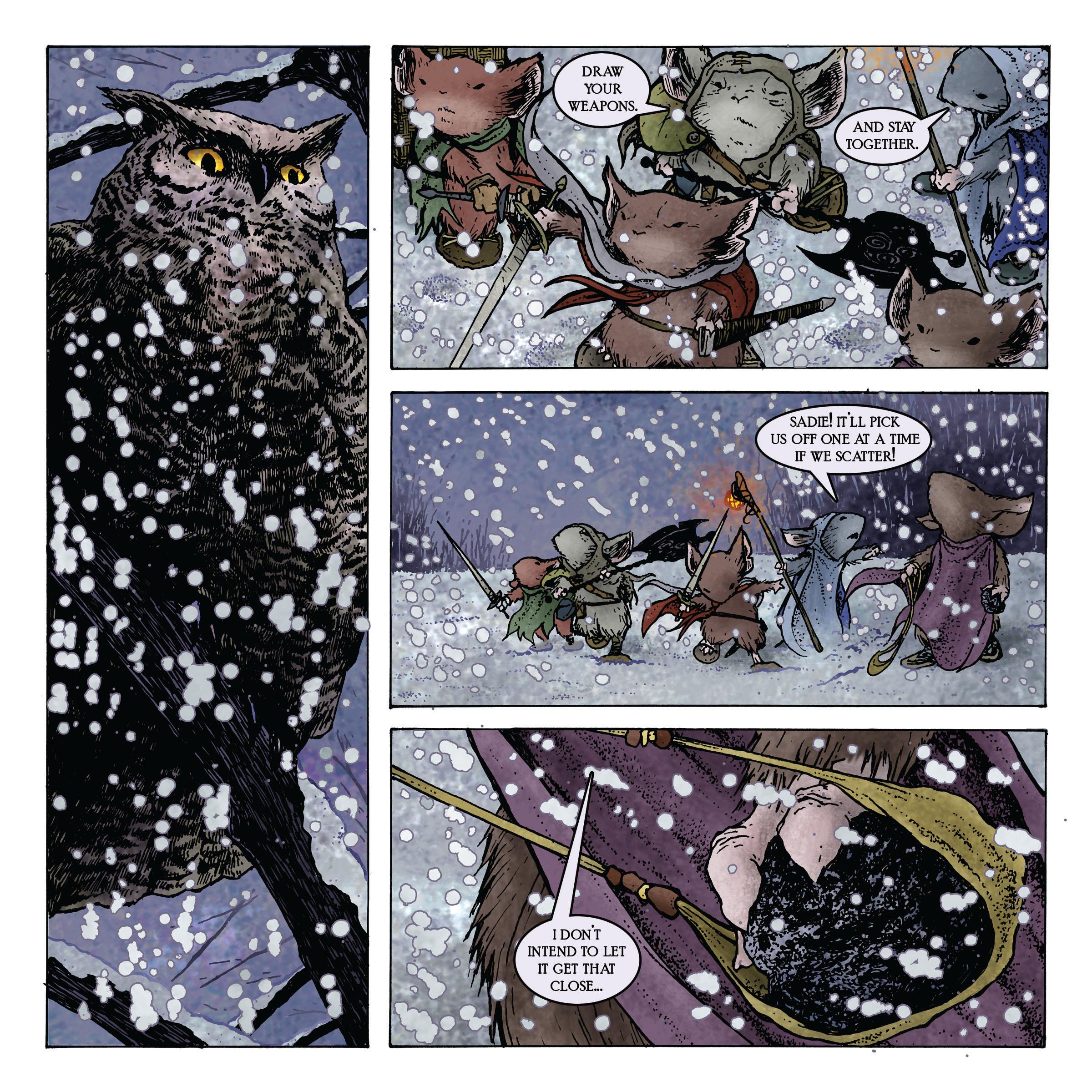 Depending on whether you have the British or US edition of the first Mouse Guard volume, this continues from the events of Autumn 1152 or Fall 1152 . Time spent suppressing a revolution in that book would usually have been occupied by ensuring there was enough food and other supplies to see the mice communities through the winter. Now there is shortage, and several expeditionary parties are dispatched from Lockhaven to other communities, having to traverse the most extreme conditions. If that weren’t peril enough, the deep snow conceals further dangers.

Petersen’s art is as pretty as ever, charming with his drawings of mice, and stunning with the details when he opens up into a designed page, such as in the opening chapter when the mice arrive at a neighbouring community. He further fills the tale with small incidental snippets that will delight children, such as a tamed stage beetle being used as a messenger. Yet Peteresen still has the rod for his back that his mice’s eyes are all just slits, reducing the opportunities for visual characterisation. Posture alone isn’t always as convincing as intended.

Winter 1152 is a far better book than its predecessor because there’s a greater ambition and inventiveness to it. They share a bravura presentation of everyday dangers mice must face, but here there’s a depth to the plotting. Coupled with the spotlight on the expeditions there’s also the mystery of the sickness befalling Rand, the Queen’s Shield Bearer, and a greater emphasis on the passing of knowledge and the forging of character. As previously, there are encounters with other creatures, spectacularly drawn, and it’s eventually revealed that there are leads back to Autumn/Fall 1152 with grave consequences for the mice. Adversity encroaches from all angles, and an admirable tension ensues.

There is rather a convenient ending to the main narrative involving an asset not previously introduced, but by that stage Petersen has so carefully cultivated the sympathies of the readership that most will surely overlook this. That’s followed by a rather twee indulgence, and proof yet again that music and comics are mismatched.

The overall plot is advanced in Winter 1152, which brings change explored in Black Axe. As previously, Petersen packs his back pages with extras illuminating the society he’s created, and there are pin-ups from Geof Darrow, and others who’ve contributed to the Legends of the Guard anthologies.