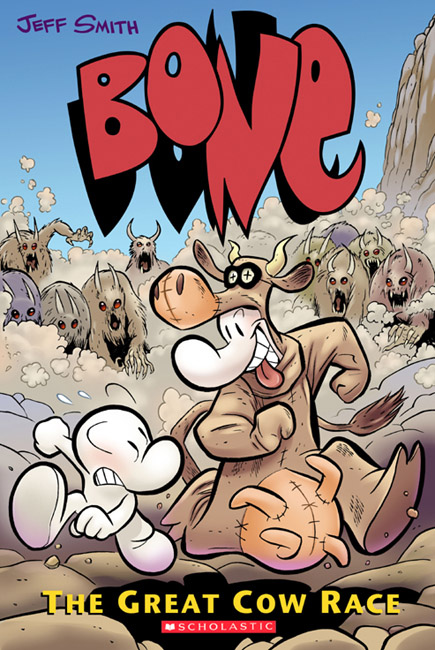 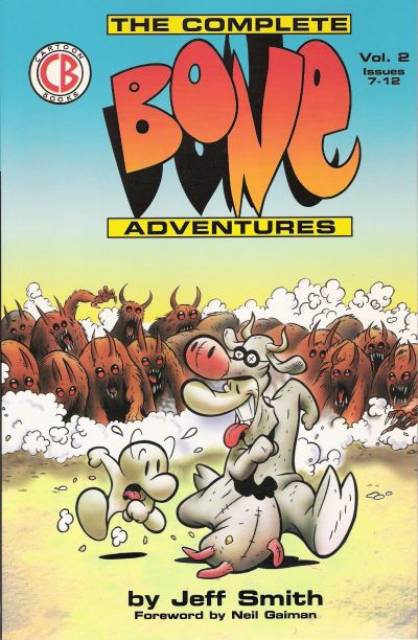 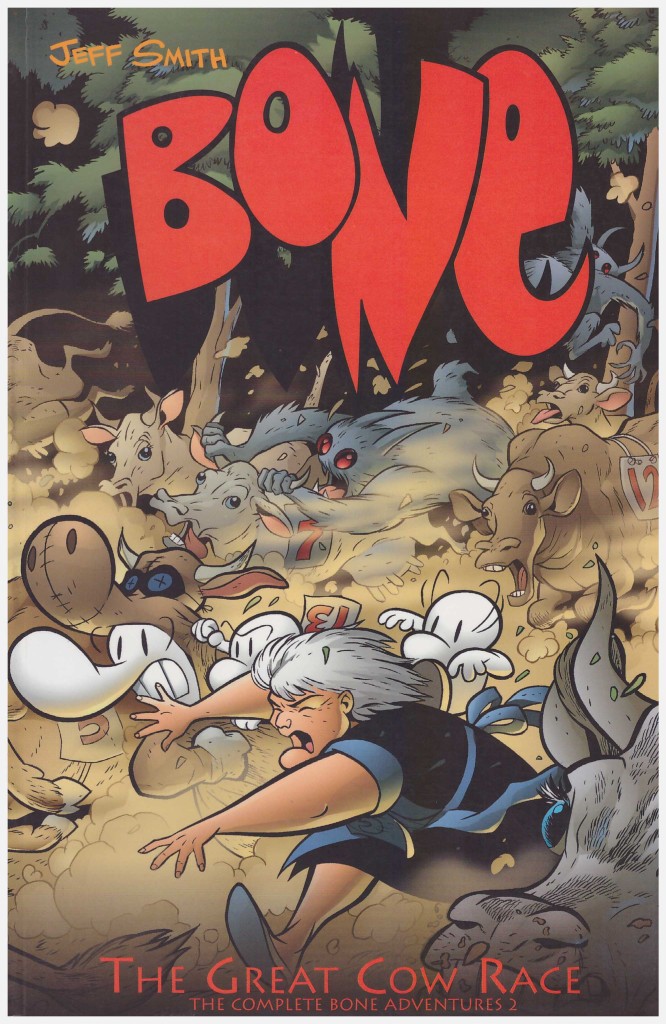 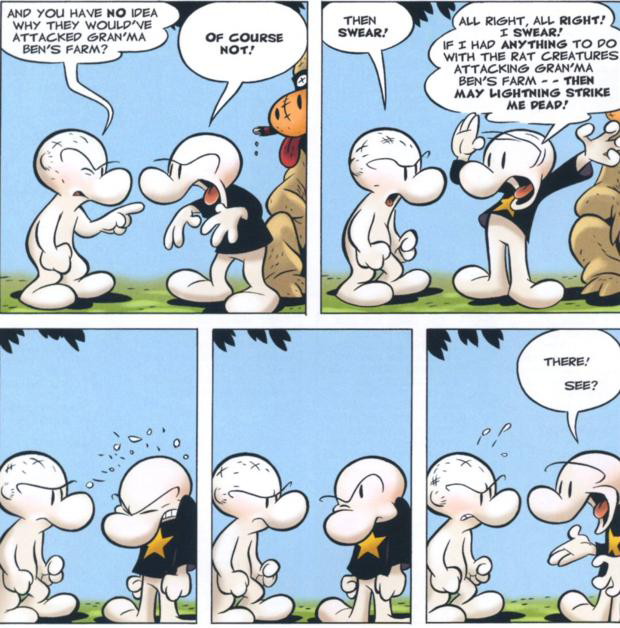 This second volume of Bone matches the first in delivering a full dose of all-ages charm and adventure.

Pretty well all the cast that matter had gathered at the Barrelhaven Tavern for the Spring Fair at the end of Out From Boneville. The fair’s centrepiece is the cow race of the title, which is not what you may think. It’s actually Gran’ma Ben racing against cows trained by the locals. She’s the perennial winner and race favourite, but Phoney Bone figures he can earn a tidy packet by running a book on the event. The plan is to offer extremely long odds on Gran’ma, and very short odds on a mystery cow. The villagers are a simple lot, and easily fooled by Phoney’s lifetime experience of the conniving arts, with only pub owner Lucius remaining unconvinced.

Elements of what will become the larger plot start to be inserted here. Ever since meeting Fone, Thorn has been having dreams about being in a cave full of dragons when she was very young, and wanting to escape. The map the Bone cousins discovered that led them to her is one she drew years previously. There also appears to be something attracting the strange hairy rat creatures to attack the Bones, but they’re not sure what it is. Two particularly inept specimens are spotlighted, and they’ll return in later books.

Jeff Smith has created an enchanting world where Fone’s infatuation for Thorn doesn’t seem anything other than the innocent passion it is. His cartooning has an instant appeal. It’s clear without lacking detail, and the storytelling is never compromised, even when there’s a complicated fusion of the cow race with Fone being chased by the rat creatures. As this is intended as an all ages book, they offer a frisson of fear without being terrifying.

The centrepiece material is the classic farce of the manipulative Phoney being stuck with an inept lackey in the dim Smiley. His plan requires a mystery cow, and it proves to be more mysterious than planned. As Neil Gaiman notes on rear cover quote, Smith’s comic pacing is masterful.

All Bone volumes are available in both black and white, and in colour. It’s debatable whether the colour is at all necessary. It was added by Scholastic Books as considered to have greater appeal for the general market, but artistically it makes little difference. Smith took the opportunity to modify the story slightly for the colour publication, altering some dialogue, and occasionally removing or adding material. Those who’d prefer to the entire series between two covers also have the option of colour or black and white.

In addition to a graphic novel, and in common with Out From Boneville, The Great Cow Race was the title of a point and click computer game. The next volume is titled Eyes of the Storm, and all three can be found within Bone: Three Volume Collection. 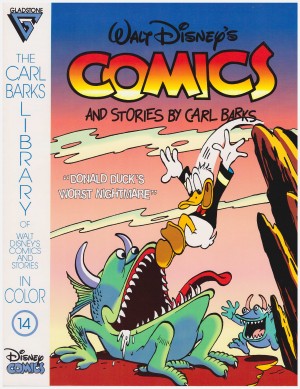