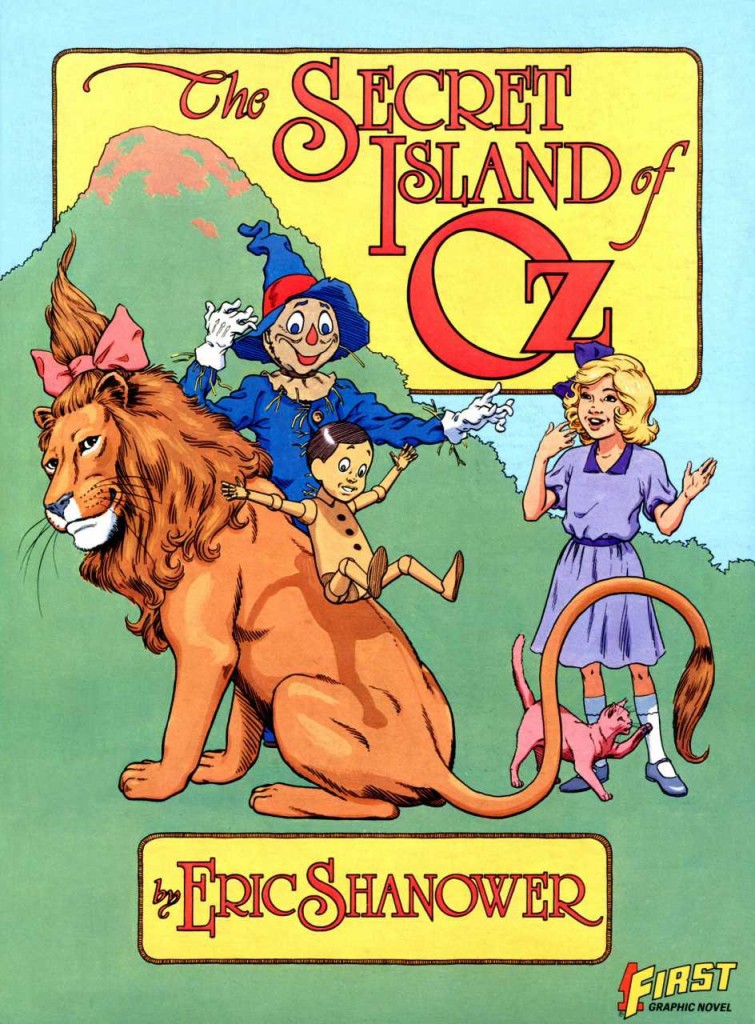 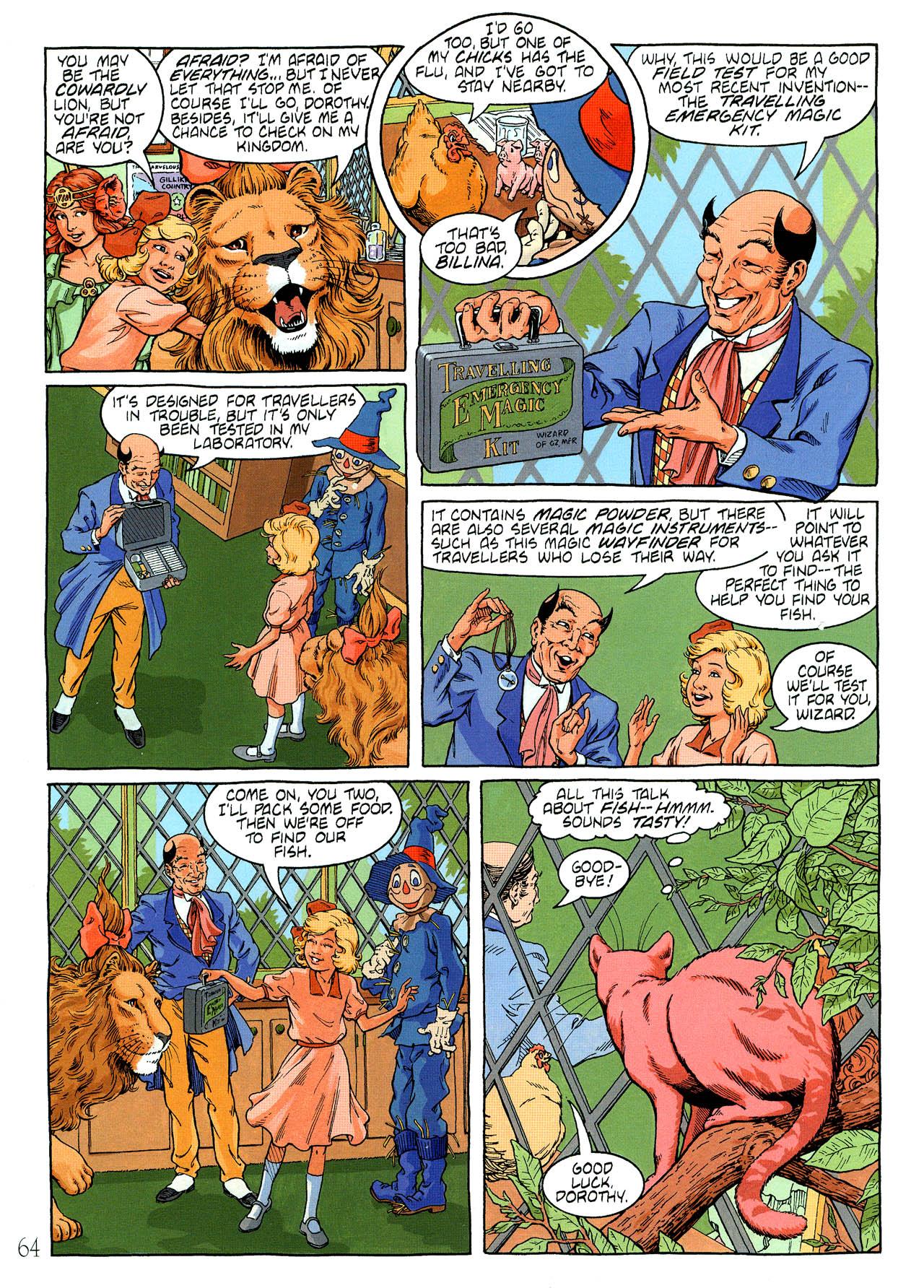 A search for a mysterious fish named the Crimson-Tailed Quipperug is the starting point for Eric Shanower’s second graphic novel borrowing L. Frank Baum’s Oz cast. It’s the sole fish native to Oz missing from the royal garden, and only located in one place, a pool adjacent to the mysterious mountain in the Quiddling Forest. That’s technically part of the territory ruled by the Cowardly Lion, but, being cowardly, he’s stayed well away from a mountain considered mysterious. He nonetheless agrees to join Dorothy and the Scarecrow on their quest.

Shanower’s love for Oz and its characters shines through every page of his work, and he brilliantly recreates the magic of the original stories. As previously, instead of altering the original cast for narrative depth, he introduces his own characters. They have the fairy tale gloss necessary for a smooth fit with the existing cast, and Shanower is free to do with them as he sees fit. Knotboy is both delightful and tragic, a reminder of mortality. He’s a wooden companion created to be a playmate for an isolated princess, and utterly devoted to her, yet a tragic figure as he’s remained as he was created when she was young, and she’s outgrown his company.

Although banished in the first Oz book, and immortalised as vanquished in the film, the Wizard of Oz returned as a reformed character in Baum’s subsequent books. He’s still tinkering with magic, and Shanower makes good use of a portable magic kit he supplies to the travelling party when they encounter a pair of ill-intentioned creatures. Everything leads naturally to a conclusion that ties matters up neatly, yet still has room for a surprise.

As he does elsewhere, Shanower creates fabulously exciting environments for the cast, and depicts these in eye-catching detail. His forests shimmer, his caverns are gloomy and forbidding and his palaces majestic. He also manages to bring the cast to life well. The lion is simultaneously sympathetic and fierce when needed, and the real villains of the piece are no more threatening than Disney villains. There’s no need to know anything about Oz and its inhabitants to enjoy The Secret Island, and that applies to all Shanower’s Oz graphic novels. Neither is there continuity so it doesn’t matter if this is read before or after his next book The Ice King of Oz.

This edition is still easily found, but the appeal and quality of Shanower’s work has proved durable, resulting in several 21st century reprintings along with his other Oz stories. This and all four companion stories are combined as Adventures in Oz, or it’s alternatively available in the later hardcover Adventures of Oz Vol 1, where it’s found with The Enchanted Apples of Oz. The second Little Adventures in Oz includes this alongside The Forgotten Forest of Oz, and The Blue Witch of Oz, but is less desirable due to its pocket sized format.