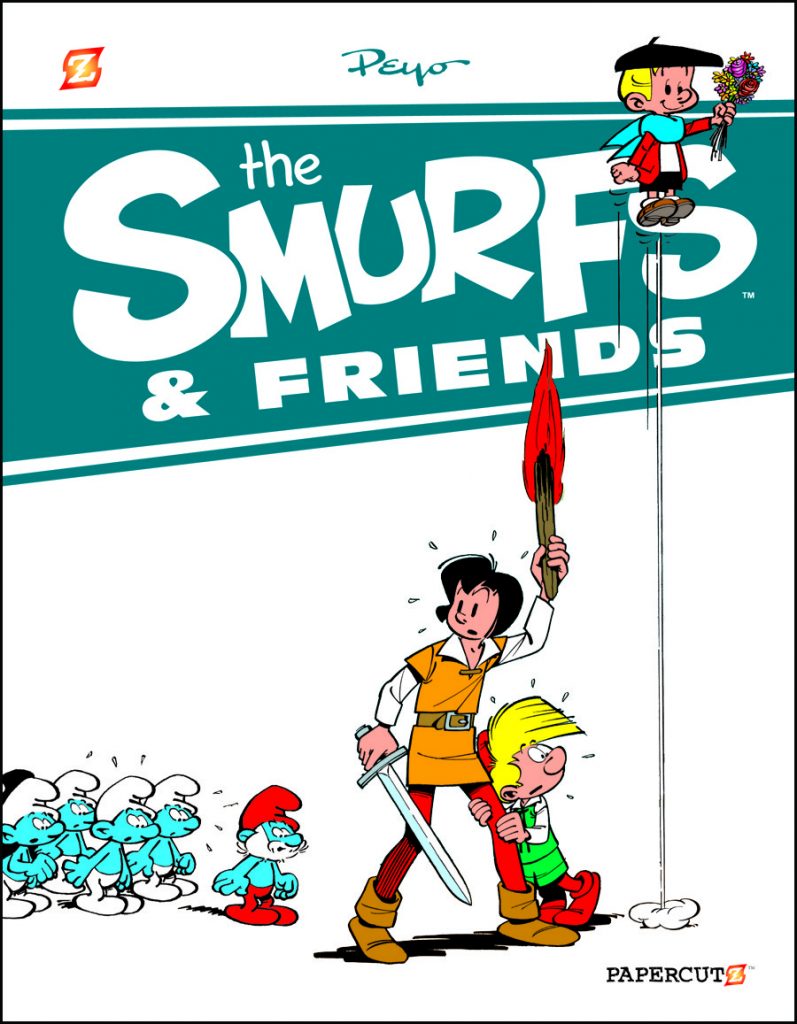 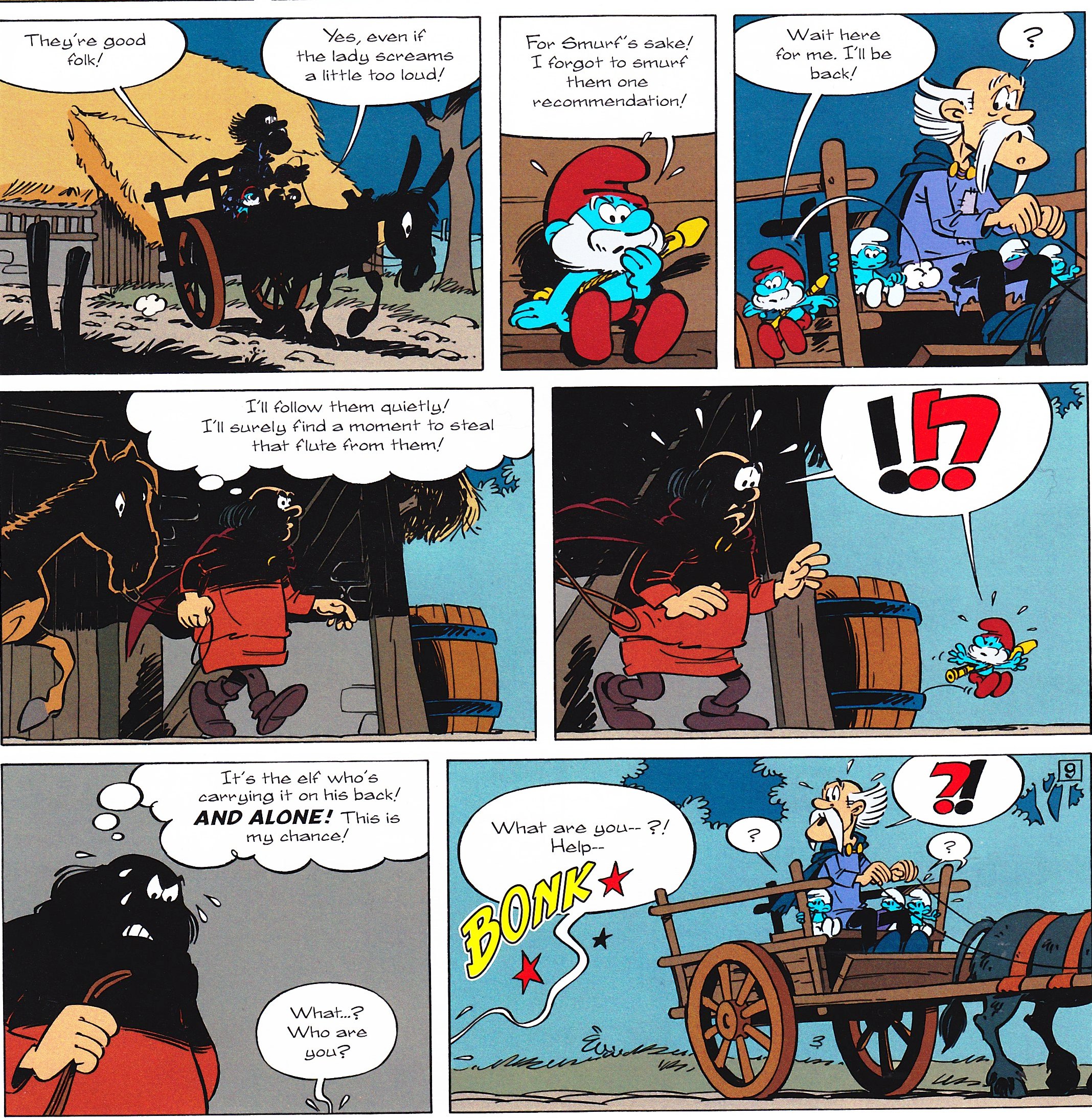 The Smurfs are Peyo’s most famous creation, the foundation for the Peyo Studios that continue to produce stories bearing his name. They first appeared alongside medieval adventurers Johan et Pirlouit (Johan and Peewit), available as The Smurfs & The Magic Flute, but these aren’t Peyo’s only creations. The Smurfs & Friends presents a wide selection of his stories, many of which are printed in English for the first time, and couples them with Smurfs material by creators other than Peyo..

The first question to ask: What is a Smurfologist? The second is: How do I get that job? Presumably its someone who knows more than most do about Peyo and the Smurfs. In this instance Matt Murray is that Smurfologist, and he provides informative introductions to each story, explaining the history behind them. Opening the collection- quite rightly- is a tale featuring the blue people that made Peyo an international name (and gave Murray a job). ‘The Flute Smurfers’ (direct from French) is a prequel to their introduction in Magic Flute. It was produced in 1998 to celebrate The Smurfs’ 50th Anniversary and coincide with what would have been Peyo’s 80th birthday by Thierry Culliford (Peyo’s son/head of Peyo Studios) and Luc Parthoens. The tale tells the origins of the flute, and how the Smurfs made it to help Papa Smurf’s friend Alderic the Sorceror. A patient of Alderic’s has fallen ill to a magical malaise that the flute can help cure but also places the heroes in danger. It’s illustrated with the trademark Peyo vitality by Jeroen De Coninck, the vibrant art and the fresh colours being by far the best feature.

Better Smurf tales follow later as ‘The Smurfs Comic Strips’, 120 experimental gag strips produced by Peyo Studios in the late 1990s. These are very good, frequently funny with a surprising realistic edge to them.

We’ve already mentioned Johan and Peewit but before they paired up there was only Johan. He starred in Peyo’s very first series for French magazine Spirou in 1952, a venture into long-form storytelling. ‘The Punishment of Basenhau’ has a charming 1950s quality, that shows the influences of Disney and Hal Foster (Prince Valiant) on Peyo’s work. Basenhau is a knight banished for cheating in a jousting tourney who swears vengeance on the King for the slight. Johan is the king’s page boy who suspects trouble and has to save the day. The plot drags a little since Peyo hadn’t mastered that aspect yet, being filled with ideas, not all of which are necessary. What is evident is Peyo’s tremendous artistic skill. The comedy is dynamic with tons of energy in character movements. It raises a few chuckles and entertains. Just how much he would improve is evident in his Benny Breakiron story with backgrounds by Will. Benny is a little boy with superpowers, created ten years after Johan’s story, the progress is impressive. It’s a fun tale available separately as The Red Taxis.

The Smurfs & Friends Vol. 1 is well packaged and excellent value for money as four albums in one hardcover volume, showing Peyo’s and his studio artists’ talents. Matt Murray’s intros are interesting with plenty of info on the stories and Peyo himself. If you are after Smurfs stories, you might prefer The Smurfs Anthology series. If you want variety this is worth the the time for the cartooning alone. Further adventures of Peyo’s creations are found in The Smurfs & Friends Vol. 2. 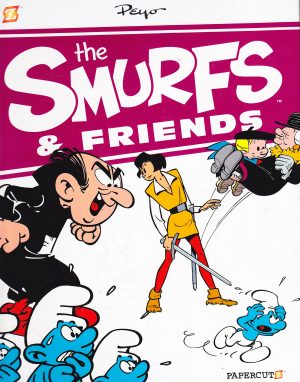