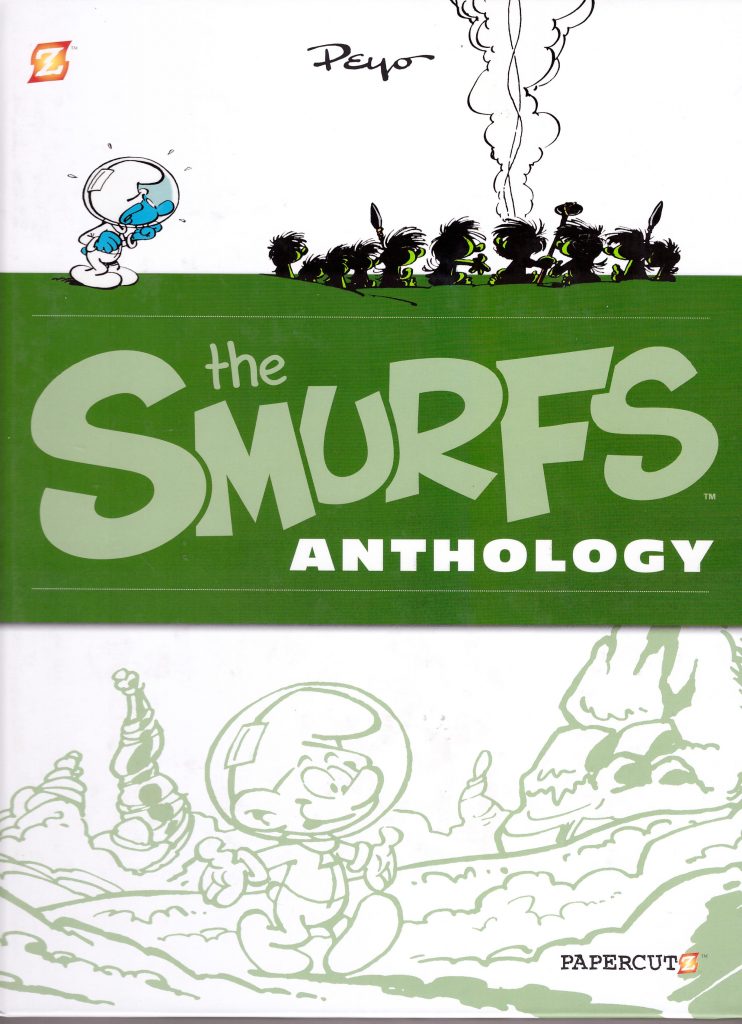 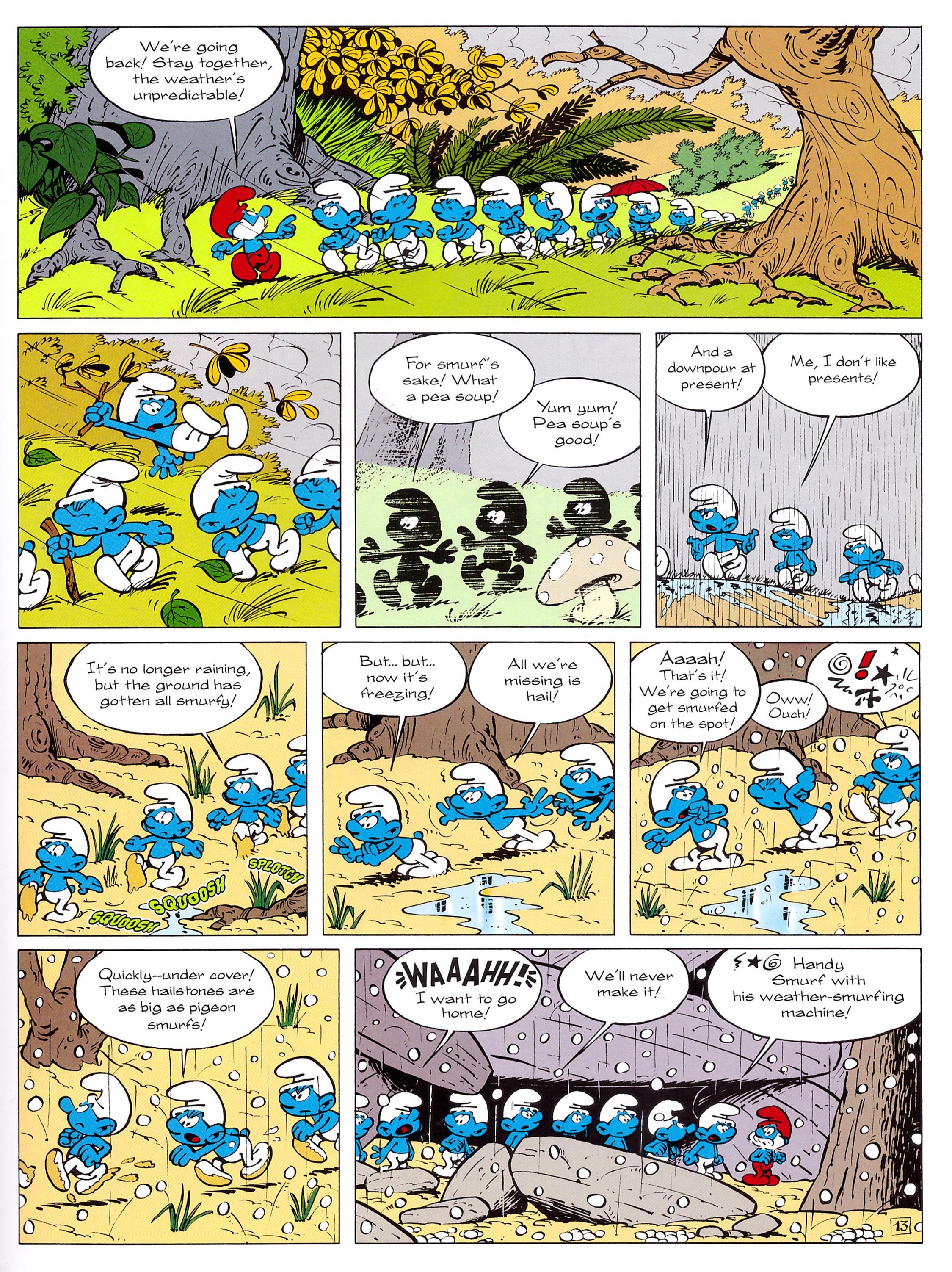 This Anthology is recommended purely on the basis of featuring Peyo’s best long form Smurf tale, ‘The Astrosmurf’. Gos and Yvan Delporte also contributed to the plot of a Smurf with ambition wanting to visit other planets. He constructs a rocket, hoping to keep it away from prying eyes until complete, but as is so often the case when a Smurf wants to keep a secret, it’s just not possible in the small enclosed community. It’s charming, delightfully drawn and if accepted as a fantasy it’s a lovely story about friends helping out to fulfil a dream. If real world moral judgements are applied to events then it becomes problematical, but shove them to one side and enjoy a gloriously constructed fantasy.

Unfortunately, ‘The Smurfs and the Howlibird’ disappoints in comparison. There’s no involvement from Delporte, and it centres on the Smurfs being very small, so a giant and aggressive bird, of their own devising, causes considerable problems. There’s not much structure to the story, which is a series of gags, many stretched out far longer than they really ought to be.

‘The Weather Smurfing Machine’ is better. It accompanied ‘The Astrosmurf’ in the original French publications and was considered strong enough to head its own album when first published in English, but under Papercutz relegated to a back-up strip in The Baby Smurf. Fed up when it rains again, a technically minded Smurf constructs a machine to control the weather. Most Smurfs want the sun, so they can enjoy a picnic, but this means the farming Smurf needs to carry buckets of water from the river to water the crops. An escalating slapstick dispute is predictable, but the consequences aren’t, and the story doesn’t outlive its plot because it clocks in at a compact twenty pages, all wonderfully drawn by Peyo.

There’s a bigger than usual role for the Smurfs in this collection’s Johan and Peewit story, as they’re enslaved by a despot with a dragon, and Johan and Peewit have to come to the rescue. They’re accompanied by a bored and petulant King, but Peyo’s excellent cartooning is the only special element about a story that features too many contrived and obvious moments. This 1961 story is the third Smurfs appearance overall, and Peyo hasn’t quite nailed down their parameters. The later Smurfs wouldn’t have become victims so easily. Generated in more innocent times, one remarkable sequence has poppies processed and administered as a sedative.

It may be corrected in reprints, but the content listing of the first edition includes a couple of stories that don’t feature in the book. ‘The Hungry Smurf’ can be found in the previous Anthology, and ‘The Hundredth Smurf’ accompanied the paperback printings of The Smurfs and the Egg.

So, one excellent story, one that’s pretty good, and two that fall below Peyo’s best work. However at $20 list price for a hardcover of almost 200 pages where the stories are accompanied by enlightening articles, and featuring Peyo’s best Smurfs tale, beyond the star rating this is worth considering for ‘The Astrosmurf’ alone.