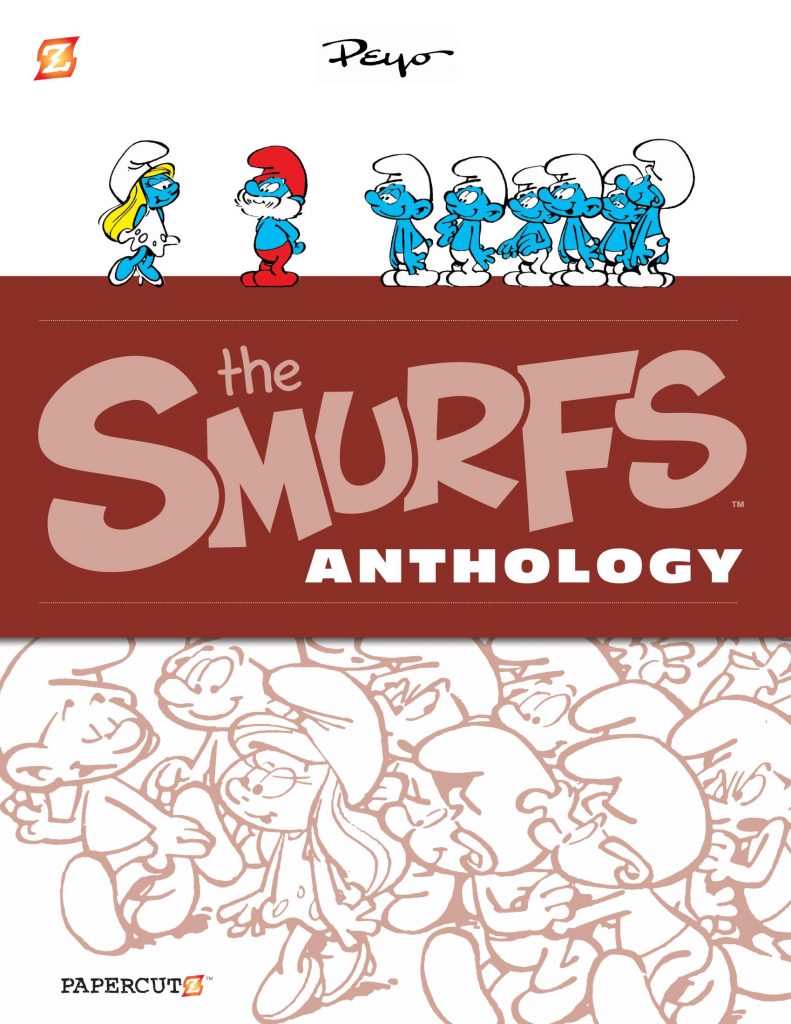 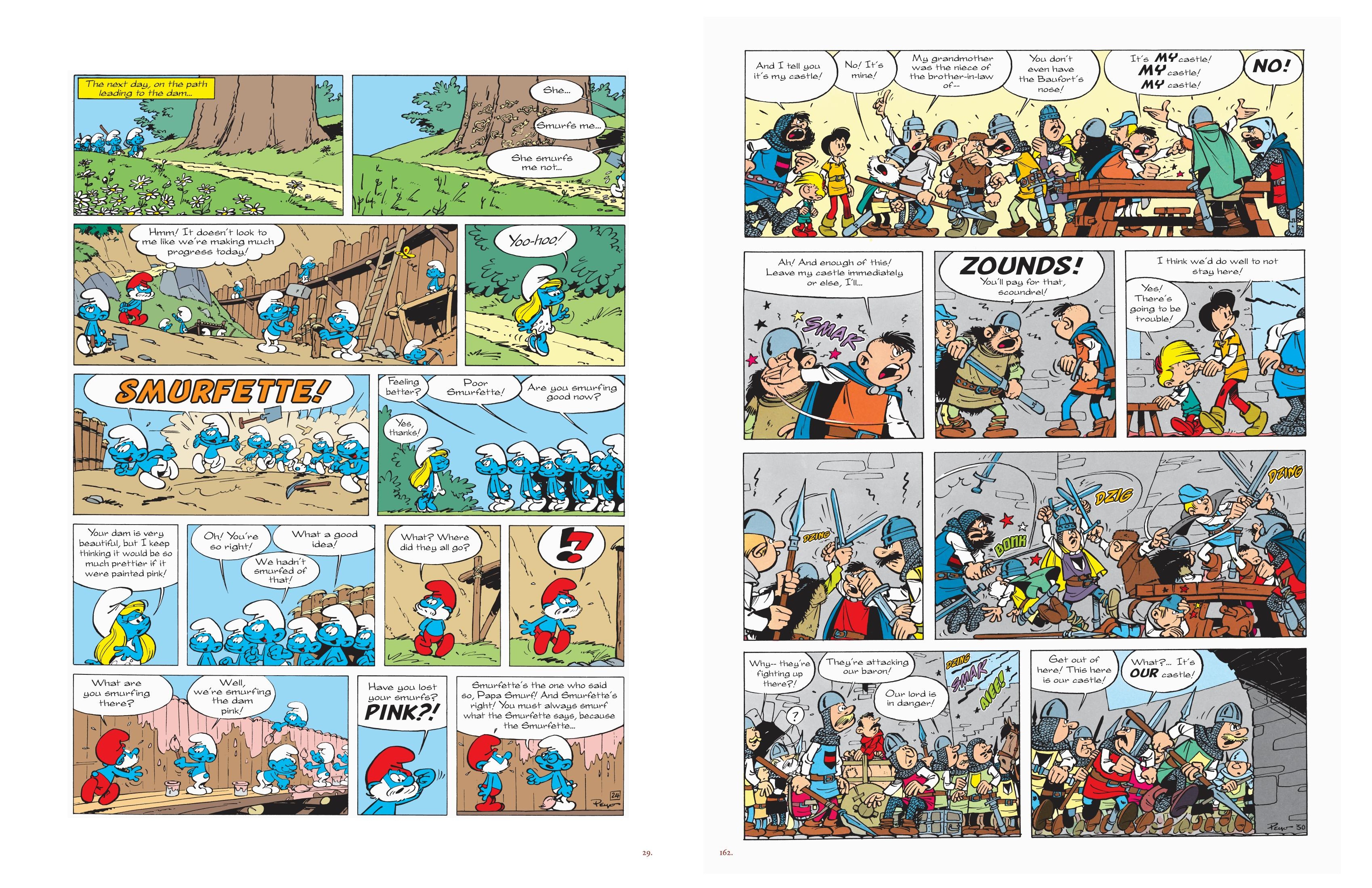 The Smurfs is an inconsistent series. The wonderful cartooning of Peyo (Pierre Culliford) ensures any of the early books are worth more than a glance, but the stories don’t always match the beauty of the art, and that’s the case with much of this collection. However, the durable hardbound format with the art printed at a larger size than the Papercutz paperbacks goes a long way to compensating. Alternatively all but one of these stories are available in the cheaper format as The Smurfette and The Smurfs and the Egg.

Not everyone finds the Smurfs themselves to be utterly charming, but no-one can fail to be captivated by the beautiful Disneyesque environments they inhabit. Surely no young child could look at the Smurfs village with its picturesque forest setting and not want to live there. It looks wonderful in the sunshine featuring in most stories, but also in the winter setting of ‘The Hungry Smurfs’. The Smurfs may be running out of food, but a coating of snow over everything renders the locations even more beautiful.

The Smurfette has become a well known character via TV and film appearances rather than the comic stories, where Peyo and writing collaborator Yvan Laporte used her for just this one story, sowing turmoil among the all-male society. Reservations about some condescending attitudes to women aside, it’s the best of the Smurf solo stories presented, being unpredictable and eventually heartwarming. Yes, honestly.

An added attraction for those who might otherwise be content with their paperback translations is the entirety of ‘The War of 7 Springs’, which isn’t individually published in English. The Smurf adventures actually take place in Earth’s equivalent of Medieval times, hence sorcerer Gargamel’s strange attire, and they were introduced in a series about a knight and his young squire, Johan and Peewit, and this is one of their adventures. As a story it’s actually stronger than most accompanying Smurfs material. It’s well plotted by Peyo and Delporte, funny and unpredictable, although that the Smurfs are reduced to a cameo appearance might be a drawback for some readers.

Lost on the way home, Johan and Peewit take refuge in a castle that they soon discover has been abandoned, and a series of strange incidents then convince them the place is haunted. According to the informative accompanying essays by Matt Murray, Peyo preferred Johan and Peewit to the Smurfs, and considered this story one of the best. It’s certainly entertaining, but starts episodically as each person Johan and Peewit meet directs them to someone else over the book’s first half, and the intervention by the Smurfs is very convenient. There’s an interesting background to the castle being uninhabited, and once a succession of potential owners turn up the story leaps into life. The problem solving method is predictable, but nicely carried out, with a lot of laughs to be had, more if you’re able to channel your inner child. Peyo and Delporte sow doubt and confusion, and the cartooning is great, with busy, packed panels brilliantly conveying the slapstick.

Overall inconsistent, but for a hardcover book with such fantastic art this is tremendous value for money.