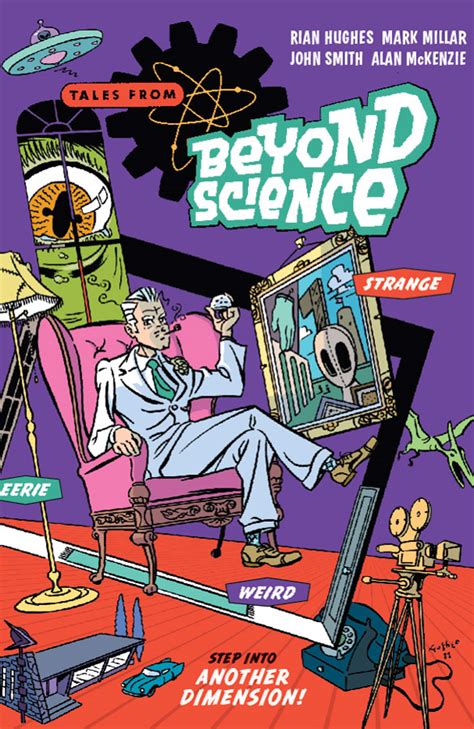 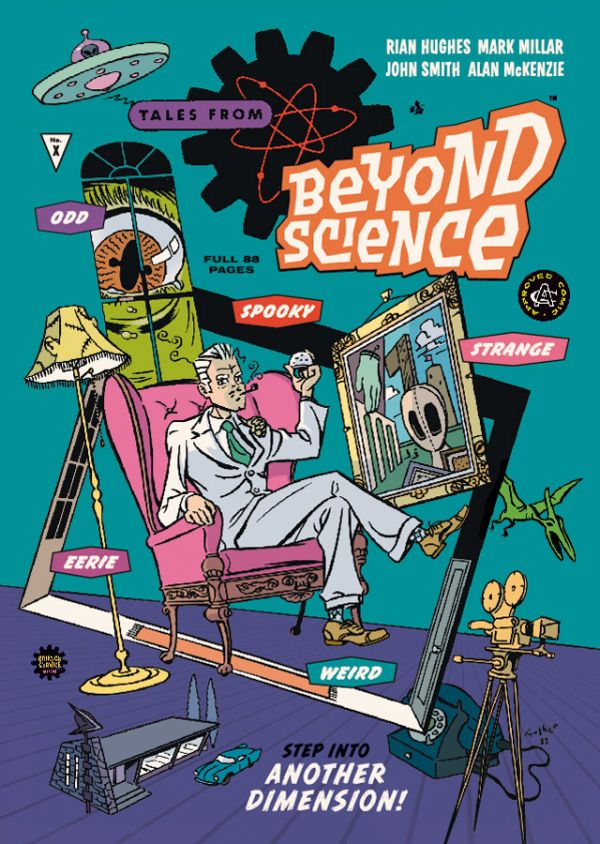 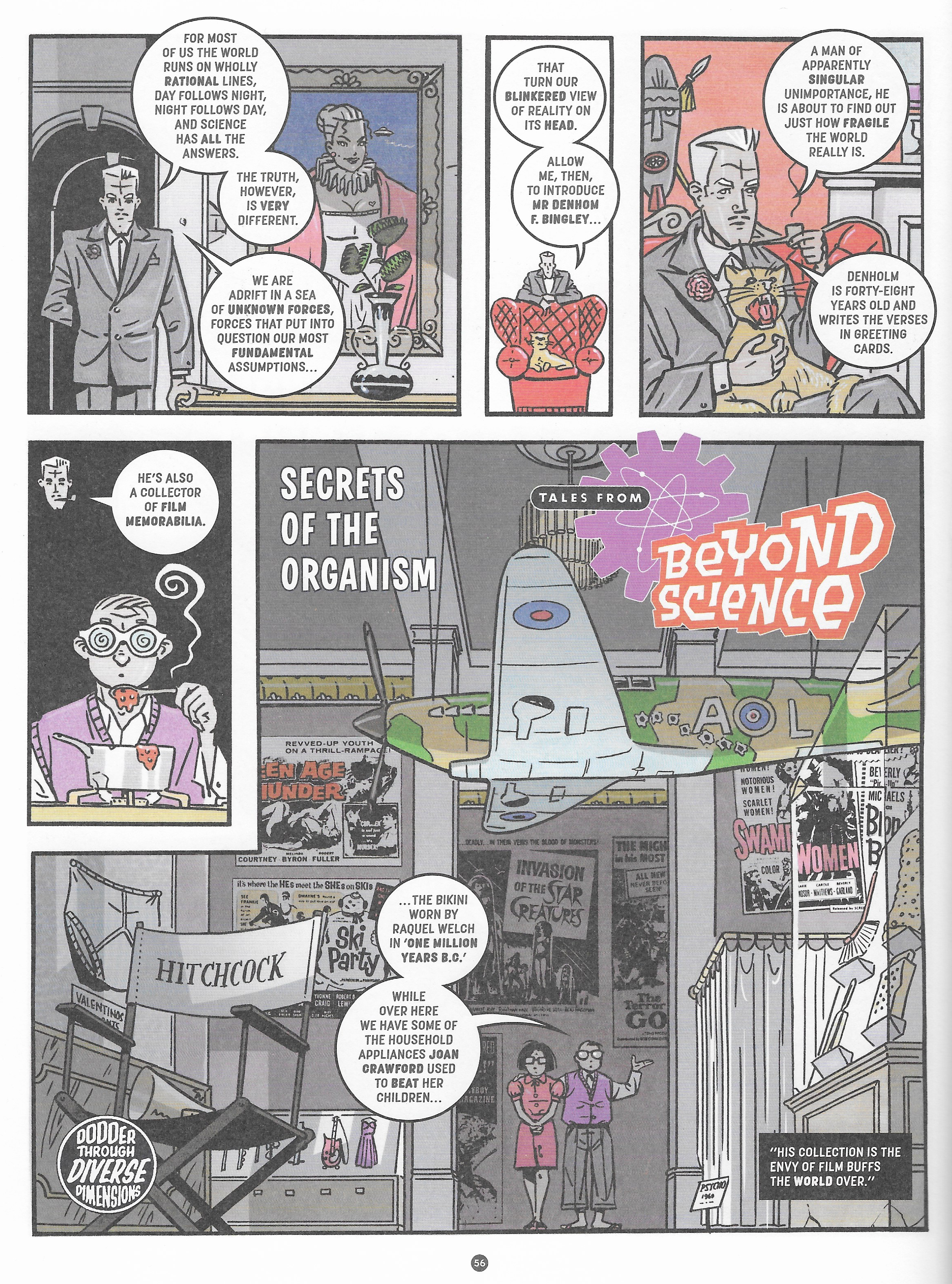 You may not know Rian Hughes’ name, but will have enjoyed his design of Marvel, DC, and Image titles. Most of his small but perfectly formed comics oeuvre was collected in Yesterday’s Tomorrows, the main omission being a set of shorts for long running British weekly 2000AD called Tales from Beyond Science – finally gathered in this well curated volume.

A foreword by then 2000AD editor Alan McKenzie gives the background. He and rising star Mark Millar felt that the anthology’s regular format for self contained stories, Tharg’s Future Shocks, was becoming tired, and proposed an alternative. The result was a series of supposedly true stories introduced and narrated by ‘war-time boffin’ and arch-raconteur Professor Hilary Tremayne.

McKenzie, Millar and fellow emerging talent John Smith, between them wrote eight episodes. In description they fit familiar SF/mystery/horror tropes: mental patients whose far-fetched stories may just be true; innocents stumbling upon arcane knowledge with powerful keepers; strange messages hidden in recordings; and so on. Still, playing with genre form is half the fun here, and across their brief six pages they’re also packed with topical updates, incongruously prosaic Britishness (“another Curly-Wurly, love?”), apocryphal involvement of real individuals, and all narrated with the Professor’s engaging wit.

A fine example of all this in action is Smith’s ‘Secrets of the Organism’. Denhom Bingley, Tremayne tells us, writes the verses in greeting cards, and collects movie memorabilia, the holy grail of which is the severed sixth toe of Marilyn Monroe. Bingley cancels the milk and his Readers’ Digest subscription, to embark on a quest that takes in omniscient coathangers, an “aging Berlin throat contortionist”, a part-time spiritualist who also runs a sweet-shop in Blackburn, and the ghosts of (still) synchronised swimmers. Without spoiling the gloriously gross ending, we can reveal that Marilyn turns out to be “the carnal magnet, the focal point for all the world’s strangeness”. It’s hard to imagine such a story in a newsstand comic other than 2000AD, with its traditions of social satire and punk irreverence. These stories surely made their mark on some impressionable young minds, and all but the most jaded of adults should still find plenty to thrill and entertain here.

Hughes, in his introduction, cites as inspiration the erratically produced British reprints of American comics from Alan Class Publishing. This collected edition gives him the chance to fully develop this, adding parody adverts of the novelties typically plugged in comics (Nose Kazoo, anyone?). Also new are a dozen mock covers of Klass Komics like Peculiar Encounters, and Tales to Flabbergast. Their titles and hypothetical contents: ‘Meltdown in Morecambe’ and ‘Big Ben Strikes 13’ transpose the science fiction mystery genre to Britain. Many before and since have created pastiche comics covers, but Hughes’ skills across illustration, lettering and colouring make these Klass leaders.

The covers are so good that the art in the stories, from twenty years earlier, suffers slightly in comparison. By any fair standard though, it’s still very good – elegantly designed and drawn, with well-realised props and settings, expressive figures, sound storytelling, with tasteful colour and lettering. Occasionally faces look perfunctory, with the over-tidy look of early vector-graphics, and the final story looks slightly less loved, but really these are minor criticisms of an impressive set of comics pages.

Rianophiles and graphics connoisseurs should find these eighty-odd beautiful pages well worth the hardback’s hefty $35, while the more affordable paperback makes it a good buy for anyone interested in 2000AD, the individual writers, or just witty entertaining comics.