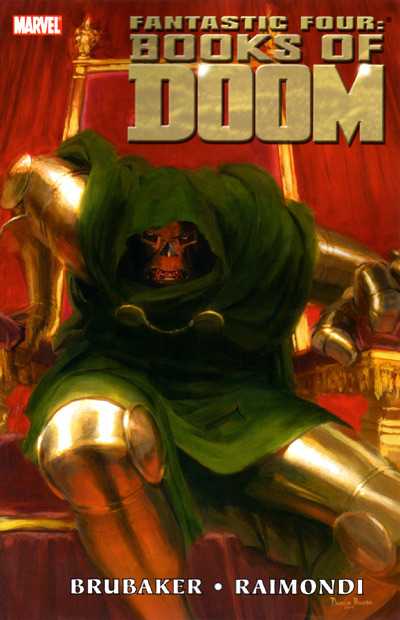 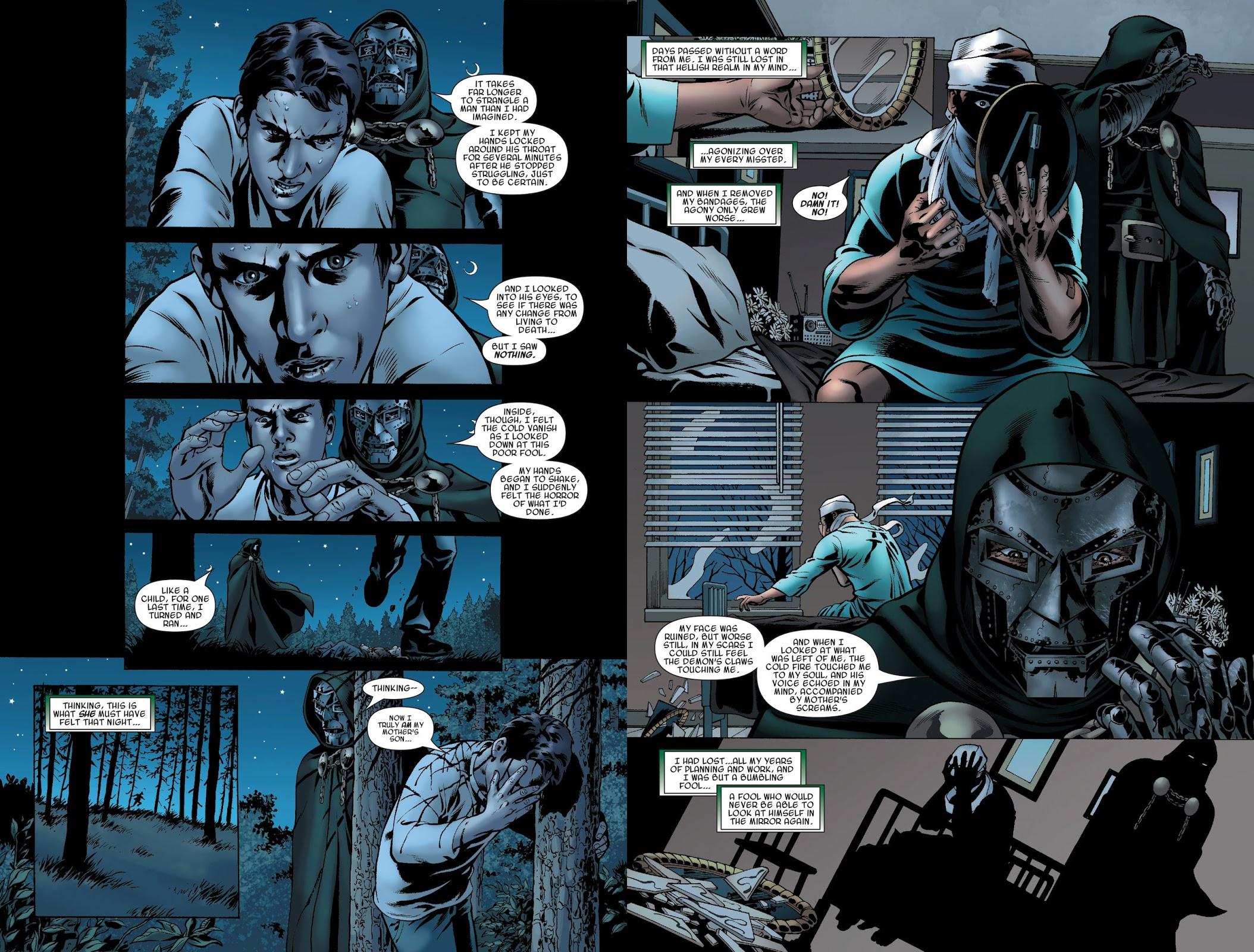 Victor Von Doom has been a fascinating figure from his earliest appearances, and a rare villain that’s it’s extraordinarily difficult to muck up completely, constructed to withstand poor writers. Thankfully Ed Brubaker doesn’t fall into that category, and as a writer consistently able to build believable characters he seizes on the gift he’s given. Doom is an imperious, arrogant polymath, driven by an unshakeable belief in his own superiority allied to an unquenchable thirst for knowledge and the power it brings. It endows him with the fascinating contradiction of an imposing nobility despite an absolute power to instil fear. Beyond all that he’s the only credible Marvel villain, Earthbound at least, to combine scientific genius with mystical belief. Brubaker takes all these facets of a fascinating personality and brings his own facility for speech patterns to create one hell of a ride through his past. Brubaker absolutely claims Doom’s voice: “Richards’ intellect was clearly to be respected, but he was so wide-eyed about the outer planes of reality that surround us, so like a child”, or “I knew at that moment that the world lay within my grasp, that whatever Von Doom wanted it would be mine. The question was where would I start?”

Beyond that Brubaker takes the holes and illogical aspects about what we know about Doom’s past and plugs them solidly. Why would the Latverian gypsy be studying at an American college? How did he come by his mystical skills? When did he create his armour? Even better is that there’s the occasional cover up carried out in Doom’s name that he’s not aware of, and video inserts interviewing others reveal them.

Artistically Doom is also built to withstand poor artists, and thankfully again Pablo Raimundi isn’t among them, providing the full commanding Doom from an early age. In the opening chapter set during Doom’s youth the varied seasons experienced by a wandering gypsy community are beautifully rendered, as are the picture postcard European locations, packed with ornate 18th century architecture, and grandeur of the Himalayas. If those weren’t memorable enough, the device of the present day Doom commenting in situ on his past makes for some imposing illustrations.

While building Doom as a mightily impressive figure, Brubaker doesn’t forget his greater unpleasantness, dropping in the occasional reminder that he’s also a petty and vindictive bully as he works his way toward a fantastic final few pages. It recontextualises what’s been read, and it’s up to the reader to believe it or not. Given the parameters of what Brubaker and Raimundi set out to do, it surely couldn’t be expected to be carried out to higher standards, and it’s shame Marvel don’t seem to have recognised this. Books of Doom is available digitally, but both the original comics and the long out of print graphic novel command hefty prices. As it wasn’t reprinted to coincide with Doom’s major role in Secret Wars, it seems the digital package is your best bet. One small caveat needs mentioned. When the collection appeared the Fantastic Four’s name was puzzlingly added to the cover. Only Reed Richards appears, long before his Mister Fantastic days and then only briefly. The FF are irrelevant to this story. Read it for Doom.