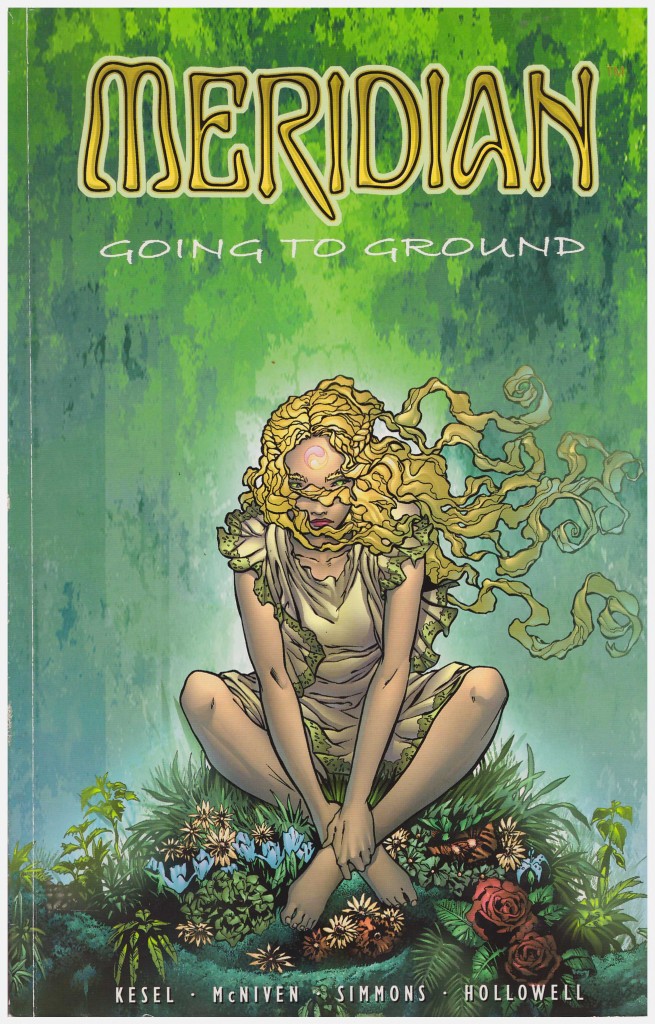 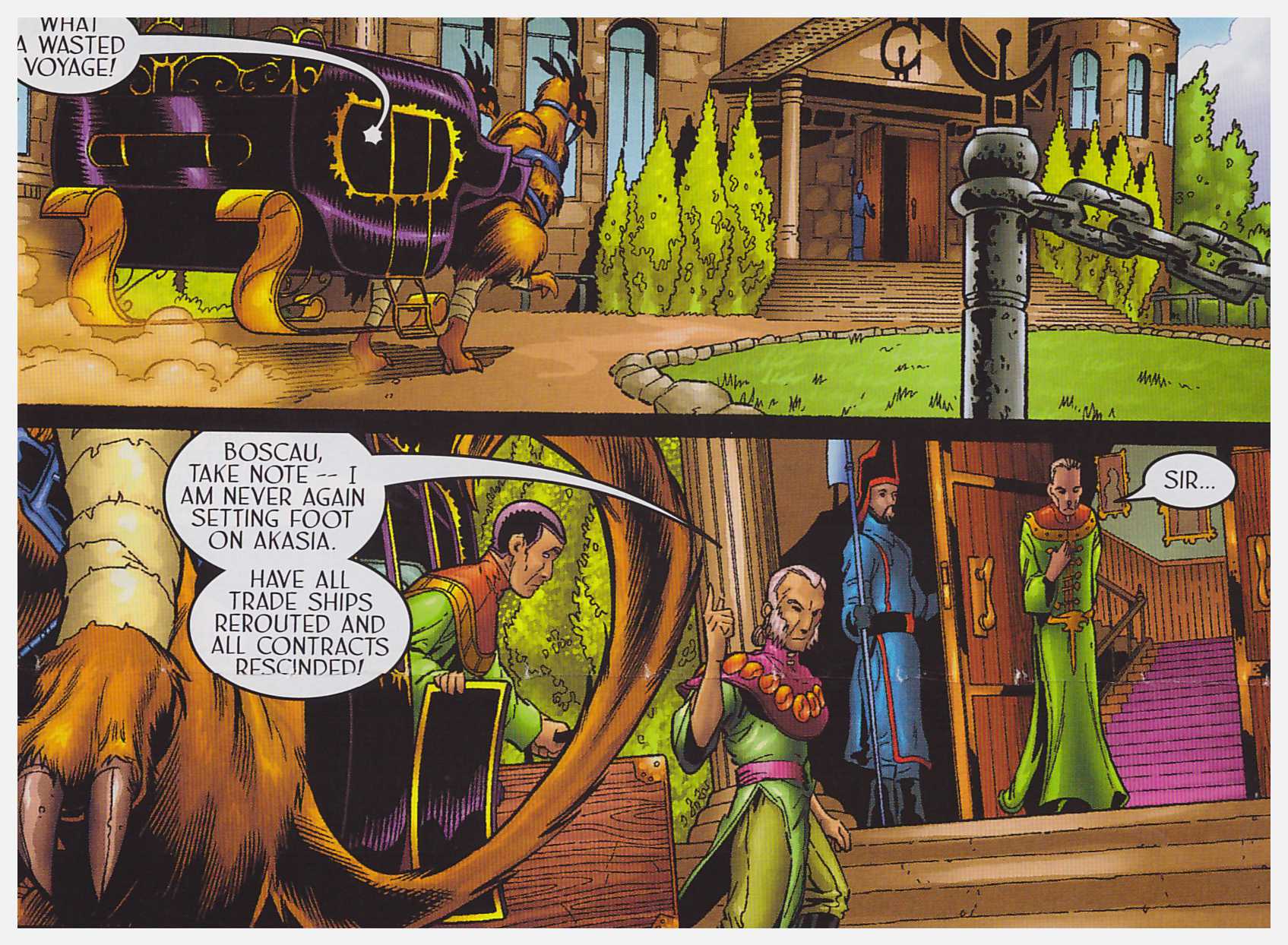 Having introduced Sephie and her world in Flying Solo, writer Barbara Kesel starts Sephie’s path to open rebellion in Going to Ground.

Primarily illustrated by the ever-improving Steve McNiven, the continuing story is every bit as compelling as the introductory volume as Kesel introduces new civilisations on the floating worlds. Sephie begins the volume enslaved in the less than salubrious society of Akasia, but escape ensues with the discovery that she’s more powerful than she realised. Her brutal Uncle Ilahn also tests the extent of his abilities.

One frustrating element of the series does rear its head. All CrossGen titles were loosely connected by individuals suddenly being bestowed with immense abilities, and some cross-pollination occurs, but without ever really being explained. A particular irritant is an immensely powerful being manifesting in the form of an old woman to both Ilahn and Sephie offering advice and generally nudging events in her desired direction. Ilahn also meets the Rho Rustane one of the elder gods of the CrossGen continuity, and gains an equally powerful ally in the ambitious Reesha Teramu.

There are many joyful, well-expressed moments in this collection, most focussing on Sephie and her engaging character. A particular defining instant is when she comes to terms with what she’s now able to do, and how she should put those abilities to use. The real gem of the collection is the chapter illustrated by veteran artist George Pérez, focussing on the experiences of Sephie’s parents in their younger days. Given that the reader is aware of the future still ahead of Turos and Ideria it tugs at the heartstrings while simultaneously being a joyful story of two people in love. It’s possibly a career peak for Kesel, and additionally drops many hints about the background to the series, which continues in Taking The Skies.