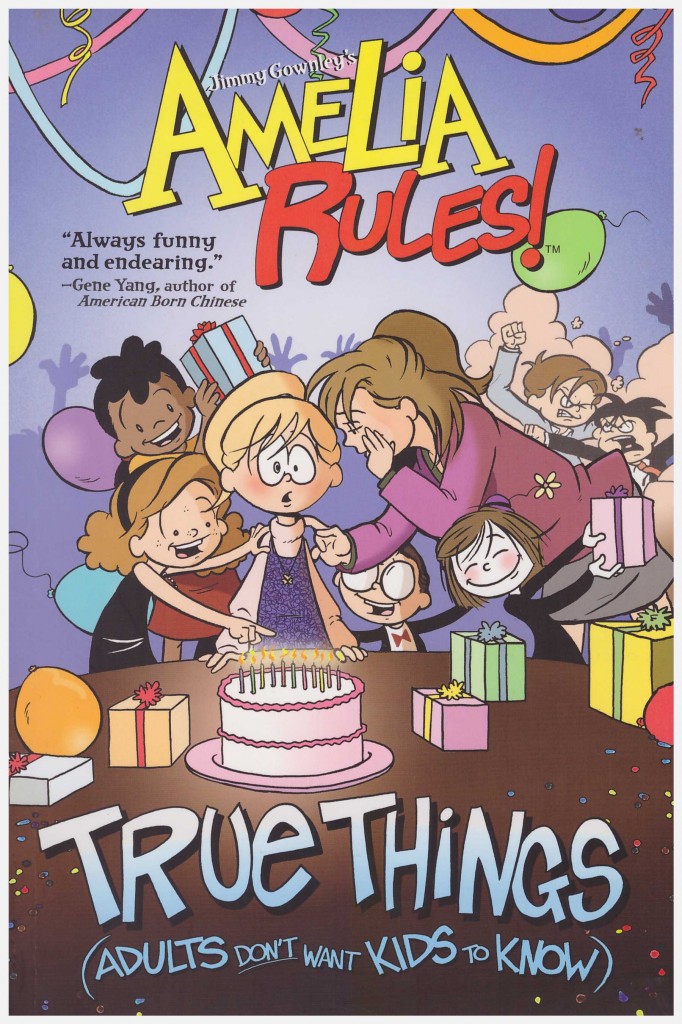 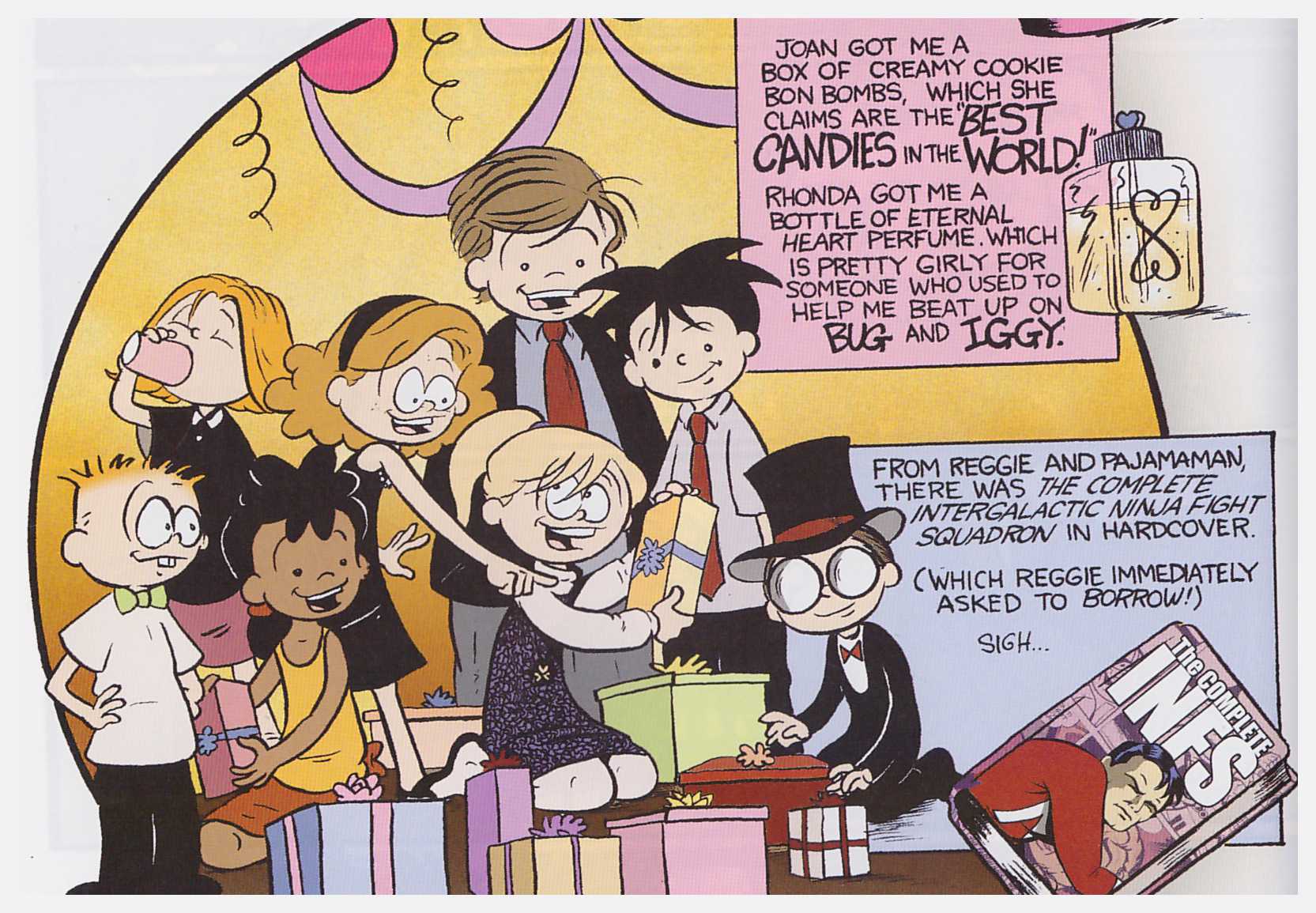 This is a very different Amelia book for several reasons. Firstly, beyond attending her 11th birthday party in the opening pages, the circle of friends Jimmy Gownley has constructed are largely cameo material here. Their sidelining highlights how integral they’ve been to other volumes, and they’re missed. Turning 11 prompts Amelia to assess her life, which results in a surfeit of moping. It’s cut through with some sharp observations, some heartbreaking material, an element of which is picked up in the following The Meaning of Life, but solo Amelia isn’t as appealing as Amelia bouncing off her supporting cast.

The one other child in the spotlight is Kyle, for whom Amelia has an inexplicable attraction. There are deficient aspects to Kyle’s character counteracting his charm, and Amelia is well aware of these, yet the attraction isn’t easily dispelled. Early crushes are every bit as awkward as their adult equivalent, and lessons are learned in well detailed fashion.

Another change is that the playful homages and experiments in Gownley’s art have diminished to almost zero. There’s a blink and you’ll miss it Krazy Kat homage, and the cartooning is well up to already established exceptional standards, but the whimsical elements added to the delights. There’s also a step into the more common text and illustrations of children’s material. It’s introduced via the method of Amelia needing to keep a journal, but thankfully restricted to this book.

Much of the focus here is on Amelia’s Aunt Tanner, an appealing and well-rounded influence in Amelia’s life, and consistent dispenser of wisdom delivered in enticing fashion as what adults don’t want kids to know. Once a commercially successful musician, she grasps a second chance, and finds a new boyfriend. The threads enabling this were dropped into the previous volume The Tweenage Guide to not Being Unpopular, seemingly in passing, a trick at which Gownley is very accomplished.

The above shouldn’t give the impression that this is somehow poor. From many others this would be an excellent book, but Gownley maintains such high standards that it’s merely mildly disappointing in comparison.  The Meaning of Life addresses all elements in emphatic fashion.