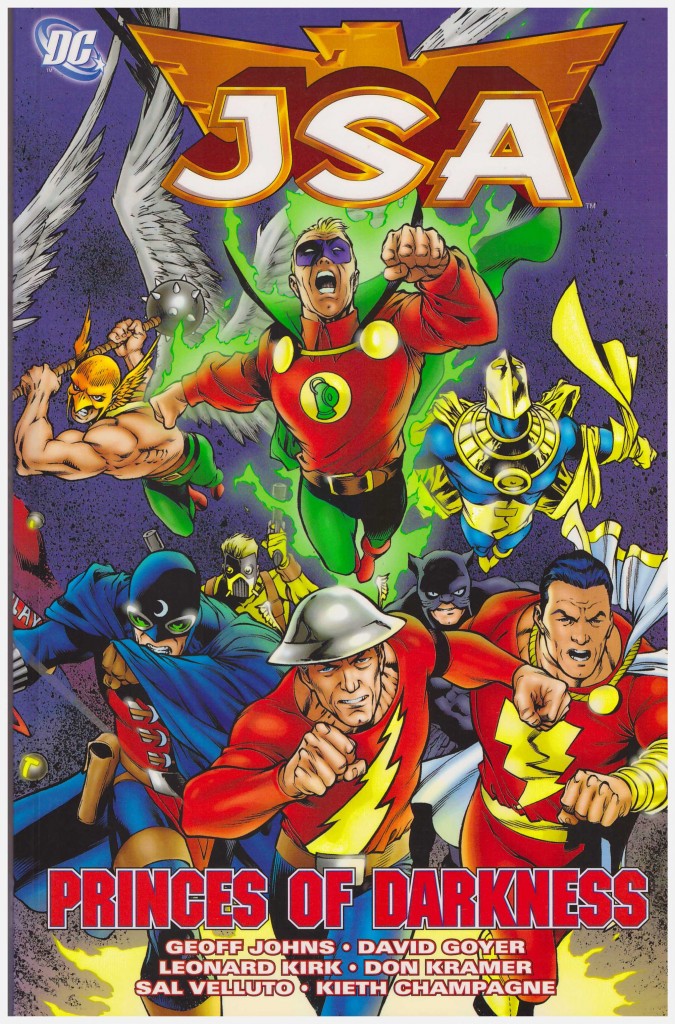 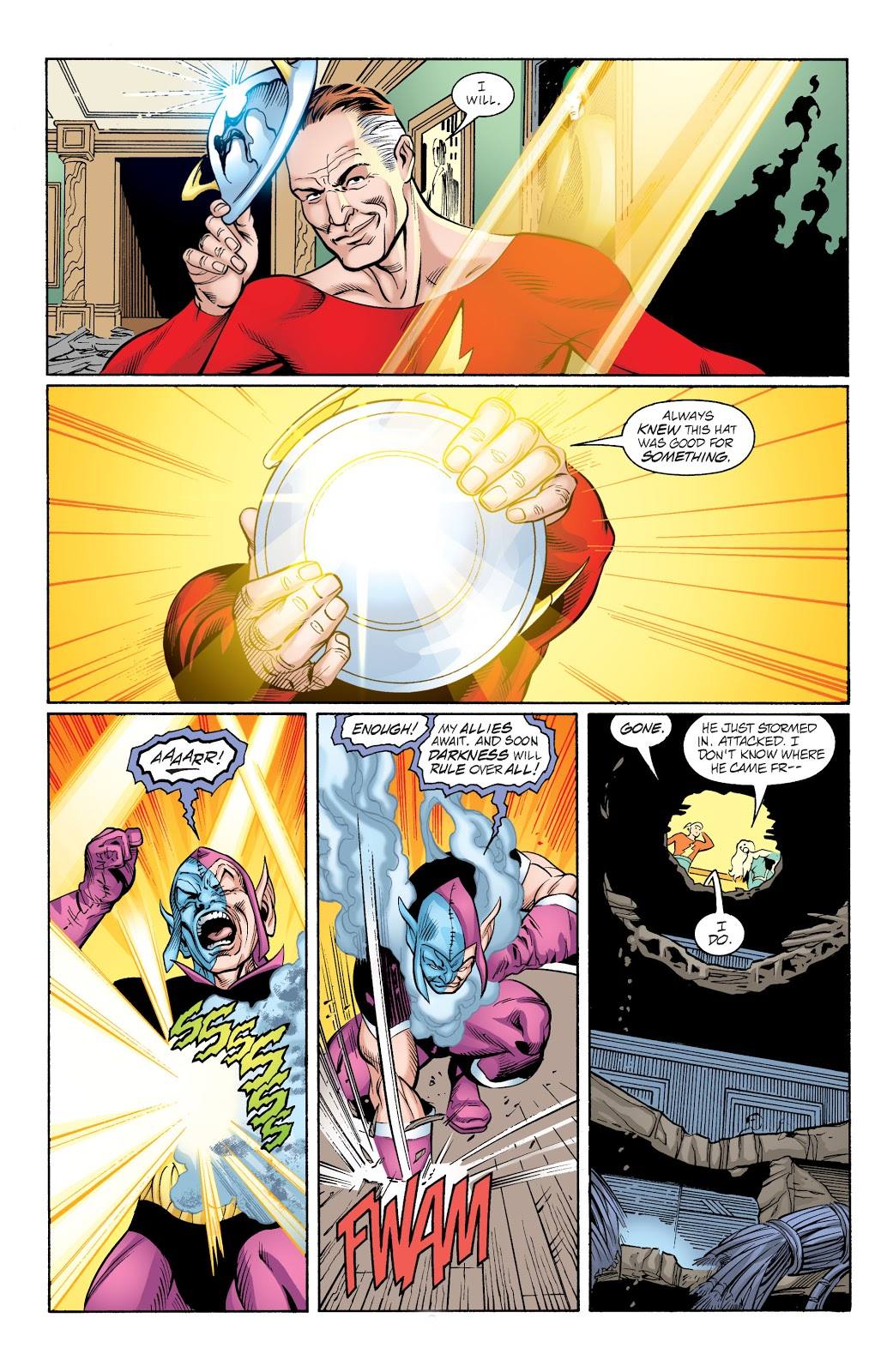 The ageless sorcerer Mordru was instrumental in reuniting the JSA in Justice Be Done, and since that point, while not always obvious, he’s been manipulating the novice Doctor Fate. Both the JSA’s most powerful member and a hero new to the magic at his disposal, Hector Hall finally succumbs and Mordru is free.

In the fantastic adrenaline rush of the opening chapter the writing team of David Goyer and Geoff Johns start with Mordru, add a demented Obsidian, throw in Eclipso and announce that Kobra’s once again active. The tension is cranked up page by page and the JSA are incapacitated in short order.

Much of the succeeding narrative occurs within what would otherwise be inaccessible locations: Doctor Fate’s amulet, the Shadowlands, the other-dimensional Atlantis, and the remainder on a planet over-run by assorted transformed minions of darkness. What’s in effect a single desperate battle featuring around 25 heroes is kept simmering for five chapters and a coda, with not a yawn to be had. This is the final volume to feature Leonard Kirk’s tidy art, and it’s to his credit that when a scene calls for dozens of characters he delivers.

That tale occupies just over half the book, and the remainder marks the point where Geoff Johns takes over the writing single-handedly. He delivers the relentless new Crimson Avenger targeting Wildcat, drawn by new regular artist Don Kramer, an intriguing Thanksgiving teaming with the Justice League, and a sentimental Christmas story to stand alongside the best DC have published. It follows a theme of JSA in returning an old character re-fitted for the 21st century.

Another JSA hallmark is nice touches that don’t directly affect the narrative, but deliver a pleasing glow, and there are plenty of them here. A passing reference shines a light onto how the once heroic Hawk transformed into a villain, there’s a discovery for Star-Spangled Kid, a decisive cameo from Shade, Mordru’s glimpse of the future… the list goes on.

Black Reign is the next volume, and the content is prefaced by Black Adam dealing once and for all with Korba while gathering allies.