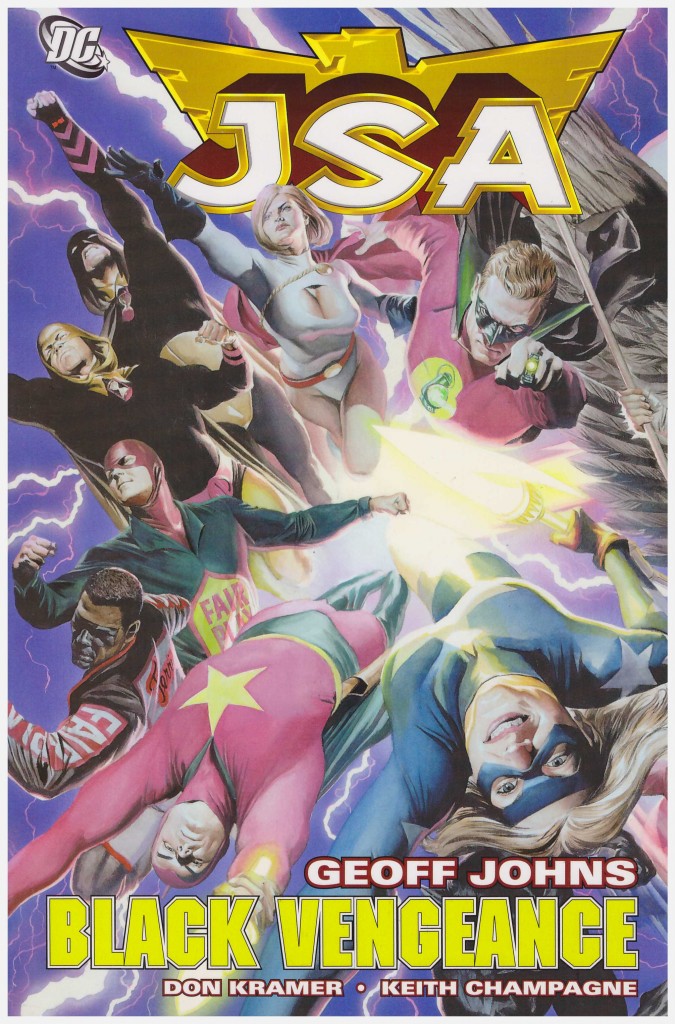 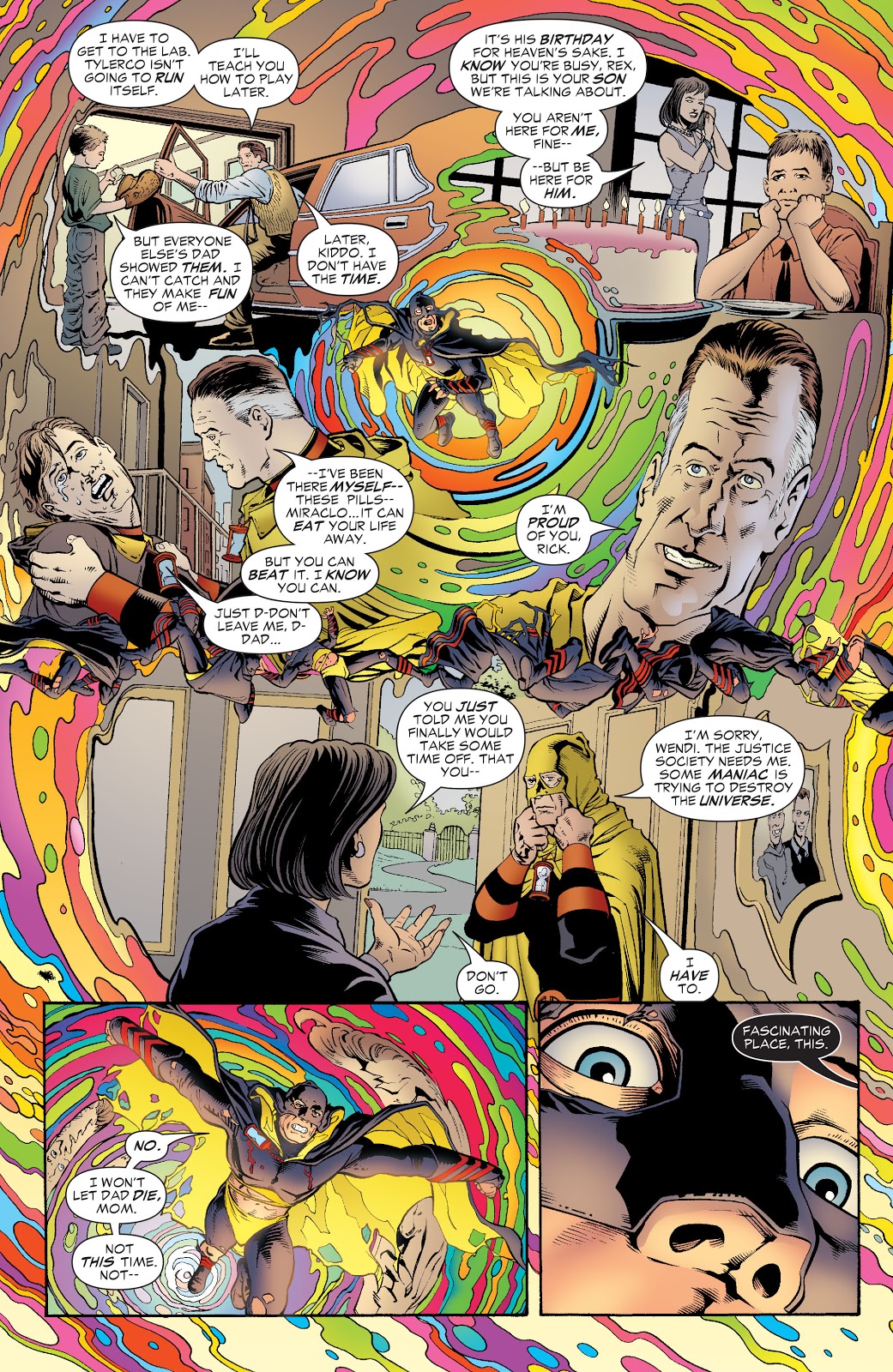 This hosts the finest sequence of a generally high quality superhero series. In Lost a time-travelling enemy manifested first to gloat to various JSA members about having viewed their deaths, then Per Degaton took advantage of circumstances engineered by Hourman. In this volume his machinations are revealed.

In 1951 the Un-American Activities Committee hauled the Justice Society before them on fabricated charges and demanded they reveal their identities. They refused, disbanded and individual members are left at their lowest ebb. If these heroes can’t be persuaded to buck it up, there will be no more JSA and the revised future unravelling from their decision will have tragic consequences, not least for Stargirl who witnesses the murder of her family. With the aid of time traveller Rip Hunter, the present day members must revitalise their predecessors and counterparts.

Geoff Johns’ plot ensures this is no simple matter, and delivers the biggest selection of memorable moments in a series to which they’re common. The original Starman’s doubts and depression have resulted in his being confined to a sanatorium. The modern era African-American Mr Terrific must spark the man from whom he took the name in an age where discrimination is endemic and the KKK meet openly. The original Atom, a JSA member not seen in the series to date, is being blackmailed by unscrupulous government agents. What’s more, as revealed by their thought captions, it’s not only the 1950s JSA members experiencing self-doubt.

Johns also gleefully weaves in preludes to stories already told, shedding new light, and the imperious cruelty of Degaton is excruciatingly portrayed, as he sends his troops to wipe out those connected with JSA members, relishing their pain. Don Kramer’s art throughout delivers everything required.

After his alliance with Black Adam in Black Reign Atom Smasher managed partial redemption, and his story is a primary focus of the remainder of Black Vengeance. This sequence isn’t as satisfying, despite a chapter apiece being pencilled by the JSA‘s three regular pencillers, Kramer, Leonard Kirk and Stephen Sadowski. Those unaware of events in other DC titles of the time may be puzzled by the bizarre motivation of the Spectre, how simply he’s manipulated, and the identity of his manipulator. The action returns to Kahndaq, where the Spectre is beyond even Black Adam’s power to dispel, and the JSA are viewed as villains. There are some fine moments and a nail-biting finale, but in many ways it’s more a reprise of much previous material, and doesn’t engage as it should.