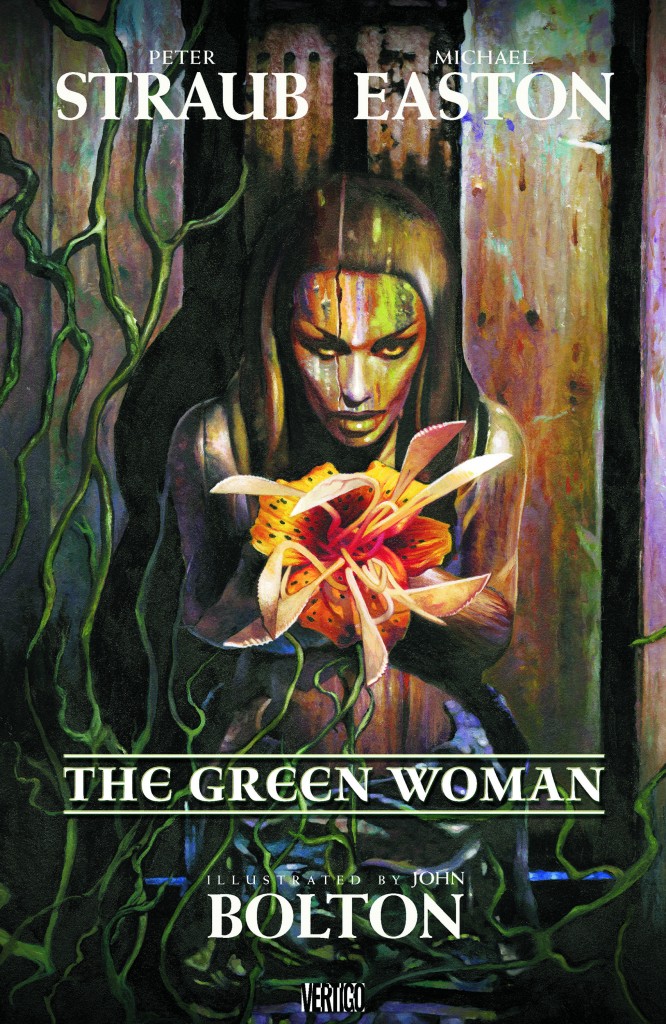 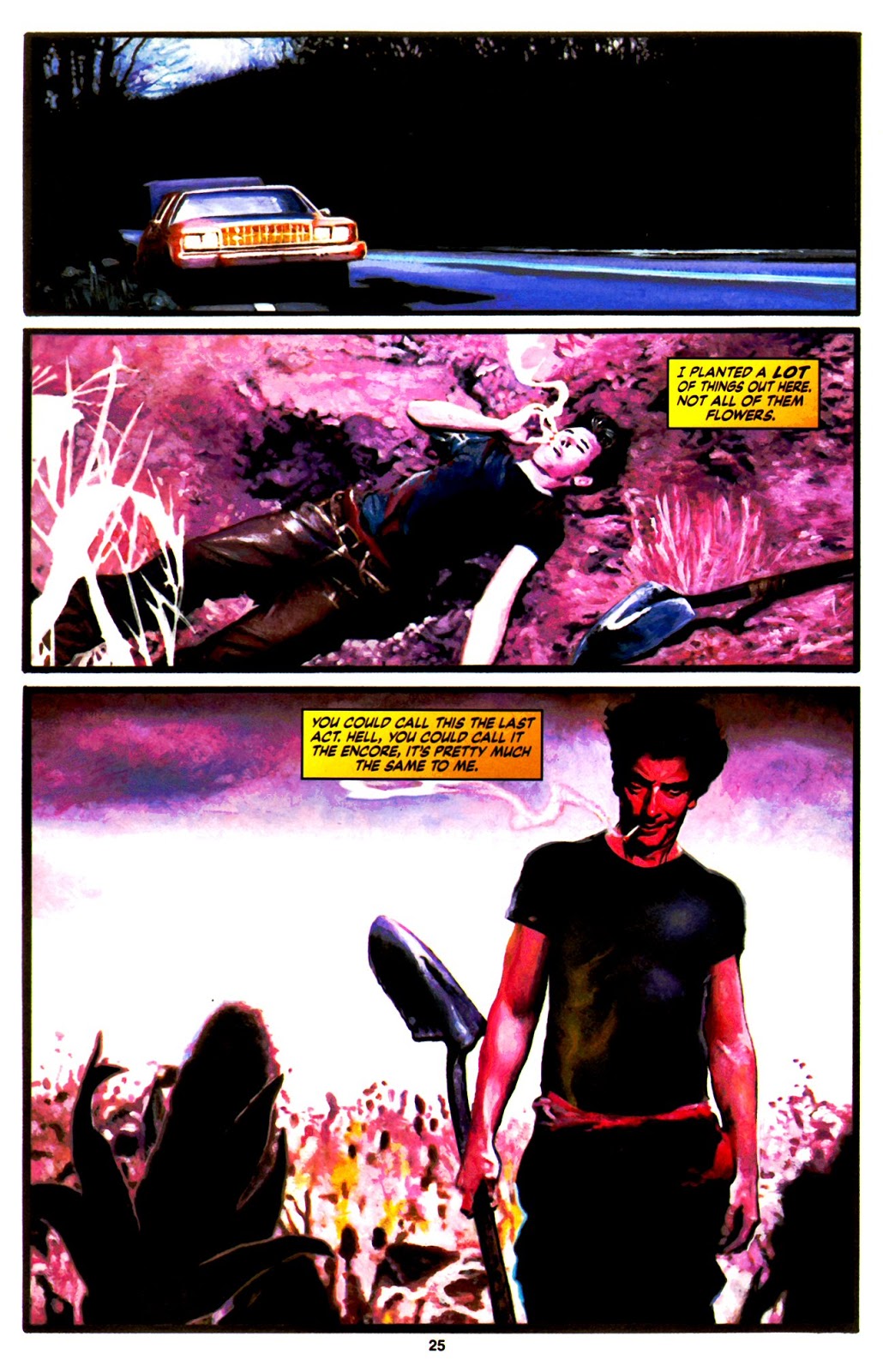 The announcement that horror master Peter Straub was to produce a graphic novel was quite the coup. Better still, it would feature a closure of sorts for serial killer Fee Bandolier, star of several Straub novels, not quite as dead as previously assumed. This inconvenience is cleverly dismissed in the opening pages. Straub collaborated with actor and horror comics writer Michael Easton, and in interviews he stressed the equality of their partnership.

The Green Woman divides the readership, with a common and valid complaint that there’s no clear demarcation between past and present. There’s no doubting the quality of John Bolton’s painted artwork. There are pages echoing his neo-photo-realism of the 1980s, but overall Bolton’s opted for a more impressionistic style, and jagged, oblique storytelling to suit the otherworldly darkness with which this story is infused. And it’s a complicated piece.

A bullet-scarred Bandolier haunts an abandoned bar, and is in turn haunted by the former ship’s figurehead mounted on the wall. The origin of the figurehead has some bearing, as do elements of Bandolier’s past. While he wants an end to his activities, he’s been tracked by a younger serial killer wanting to play games, and is in turn being tracked by police detective Bob Steele, a man haunted by his own demons. Complicating matters further is still another serial killer dressing the corpses of his victims in bridal gowns.

With so many balls up in the air and a page count set far lower than the bricks Straub usually writes, there are problems. Steele never transcends his role as walking cliché, blundering from bed to bar to bedlam, in direct contrast to Bandolier, whose activities in Vietnam are skin-crawlingly filled out. Genuinely horrific moments occur in both human and supernatural worlds, with Bolton’s subtlety welcome, but they’re diminished by a lack of emotional engagement with any of the cast. A recurring fish motif is jarringly obvious, and anyone wanting an answer to the bigger picture won’t find it here. Some may consider it apt that mysteries beyond human knowledge remain unrevealed and others will consider it a cop-out.

There is a post-publication kick in the tail. Among the people Bolton based his characters on was an actor then best known to a relatively select audience as potty-mouthed political spin-doctor Malcolm Tucker. Bolton cast him as Bandolier. Peter Capaldi sunsequently acquired a far higher profile as Doctor Who.