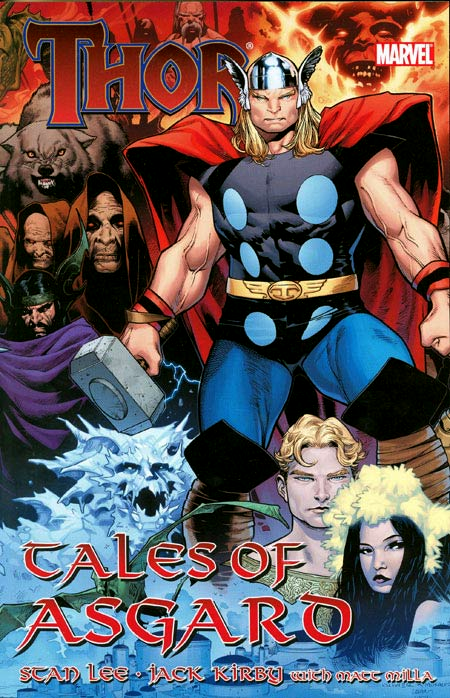 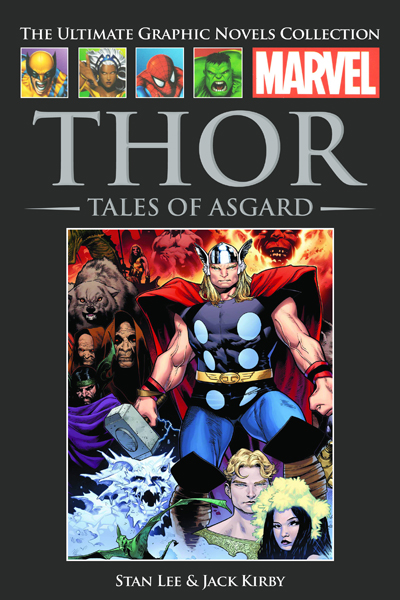 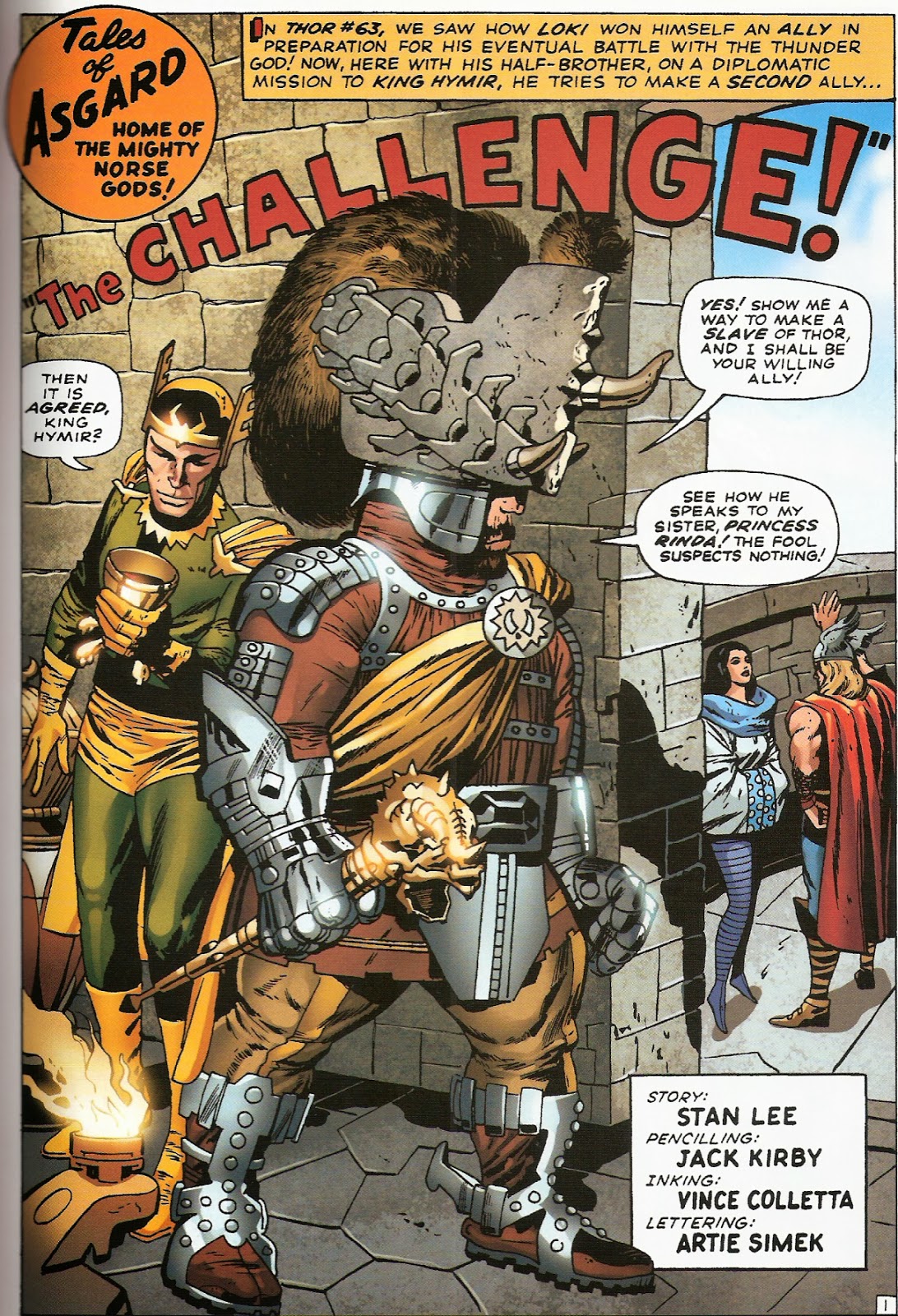 There’s a convincing case to be made for Tales of Asgard being the work that really opened Jack Kirby’s eyes to artistic possibilities of the characters he co-created at Marvel. At the very least it’s an important developmental step.

Thor’s feature was introduced in 1962 in the pages of anthology title Journey Into Mystery, and for well over a year thereafter was restricted to thirteen pages accompanied by two mystery style reprints. The introduction of the ‘Tales of Asgard’ feature provided extra new content, while also offering background material on the Asgardian supporting cast. Among other tales, the opening dozen episodes provide the origin of Asgard itself, the how Loki was adopted by Odin, the origins of Loki’s enmity for Thor, why nature loves Balder, how Heimdall was appointed guardian of the Rainbow Bridge connecting Asgard with other worlds, and of the menaces of Ymir the Frost Giant and Surtur the Fire Demon. Many of these are drawn straight from the old Norse myths, and affixed piecemeal to the legend of Marvel’s Thor.

Exactly which of Kirby and Stan Lee had the greater creative input during the earliest days of the feature will never be definitively resolved, but it’s Kirby’s art that takes the great leaps forward. Despite being restricted to five pages, Kirby made a statement from the opening episode by increasing the size of his panels, rarely exceeding four to a page, and still including a splash page. That’s commonplace now, but really contrasted the cramped Thor tales of the time and the art grows ever more spectacular as the feature progresses. Comparisons can be found in the Thor collections The God of Thunder and When Titans Clash, which incorporate this material.

And so we come to the elephant in the room. Someone in Marvel’s 21st century editorial department considered the way the stories were originally coloured to be unsophisticated and dated. As can be seen by the aforementioned collections, they’re certainly of their era, bright, with little thought given to light and shade, and gold minimised in what is supposed to be the incomparable grandeur of Asgard. However, the new colouring is horribly misguided. The gold is now present and correct on fixtures and fittings, but for some reason brown is considered more appropriate than the original shades used. The colouring may now be more ‘realistic’, but how realistic should it be when mythology is the issue? To some eyes the new colouring is actually to the detriment of the feature.

While engaging and imaginative to start with, the strip has dips and troughs. Tales of an adult Thor in the past could just as easily have been incorporated in his own strip, eventually recognised, and the final sequence of Thor facing a menace conjuring threats from the Arabian Knights drags on too long with little purpose. At its best, however, this was the feature on which Kirby could really let loose. His costume designs are stunningly complicated, yet accessible. The sample page features a character Kirby only ever used for the single five page story, yet look at the work he put into costuming him.

‘Tales of Asgard’ introduced several mainstays of Thor continuity (Hela, the Warriors Three and others), but Kirby eventually dragged Thor’s own strip up to the imaginative levels he employed in these back-ups and they became redundant. Today with the cast having populated several hundred comics some of the magic has departed, and the wonder is all in the art.