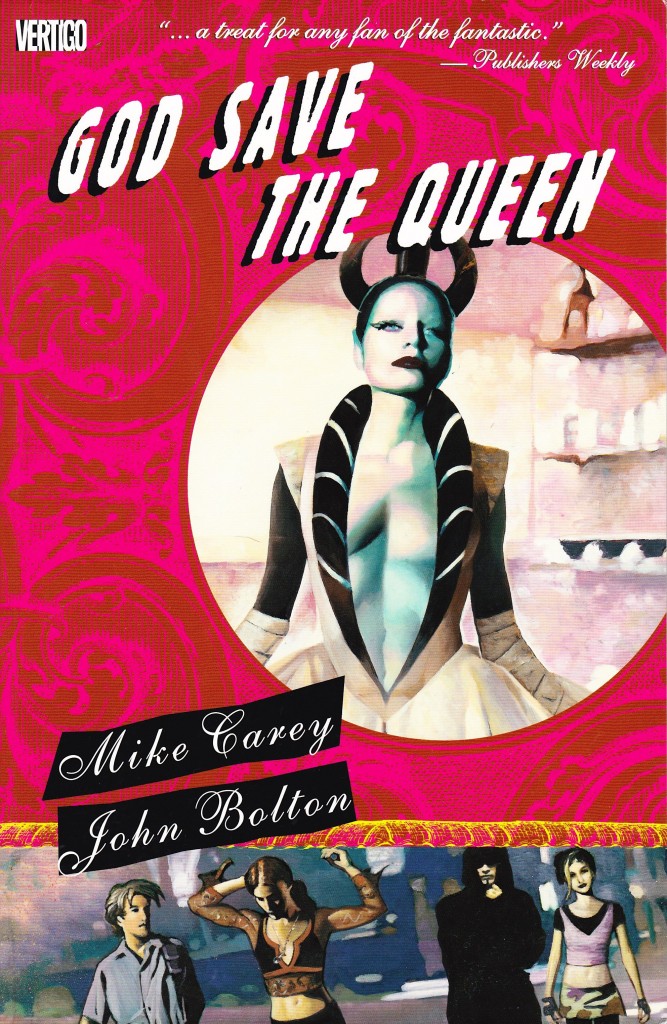 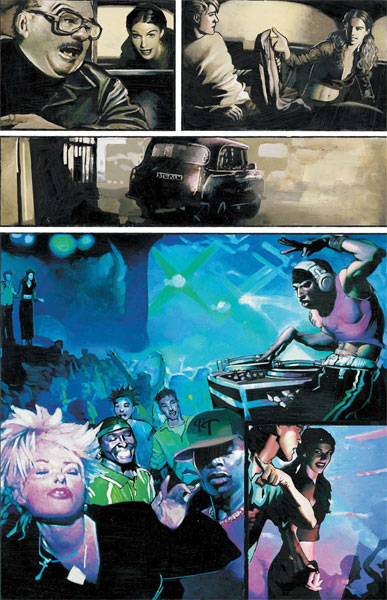 Neil Gaiman’s work on Sandman resulted in a number of spin-offs, and both writer Mike Carey and artist John Bolton worked on some of these titles themselves. God Save the Queen revisits some of these characters to explore relational dynamics and ideas they were unable to in Sandman or The Books of Magic, Carey describing this graphic novella as a Sandman Presents tie-in without actually carrying that tagline.

Linda is a petulant rebellious teenager sneaking out to nightclubs in defiance of her mother Ava, an alcoholic and disappointed architect. On one of these excursions Linda meets the enigmatic yet attractive Verian, becoming involved in a hedonistic lifestyle, but there are things Verian is not telling her. Linda finds herself involved in a struggle between two Queens in the land of Faerie, and her lineage might be the key to turning the tide, but the nightmares are only just beginning.

The strength of Carey’s characters lies in them being  believable despite the more ethereal nature of the Fae. Linda’s teenage arrogance and impulsiveness is wonderfully expressed, simmering with resentment and spite and also annoyingly self-absorbed. Ava likewise comes across as bitter and self-absorbed as presented from Linda’s perspective, but then Carey also flips the viewpoints so we see things from a variety of perspectives. The plot trots along at a steady pace, developments hidden in the dialogue. You don’t really need any familiarity with interconnected titles like Sandman but familiarity with Shakespeare’s works adds an appreciation for Carey’s story.

God Save the Queen is literally a work of art, John Bolton’s paints, photo-realistic style and posed postures producing both negative and positive results. On the one hand movement and actions are limited making this feel more like a 1980s photograph story in a girl’s magazine than a graphic novel, the pages too small to contain Bolton’s elaborate and intricate artwork. On the other hand it highly enhances the ethereal nature and complexities of the story, enforcing the idea of one world existing on top of ours.

It’s sensual, macabre, fascinating, terrifying and beautiful, serving as a smokescreen to flummox and allow the narrative to play out.  Once you’ve read this, go back and read it again. There will be little things you won’t have noticed, little nuances in the art and writing that broaden the story and adds considerable depth. It improves with each reading and that is a rare feature indeed.