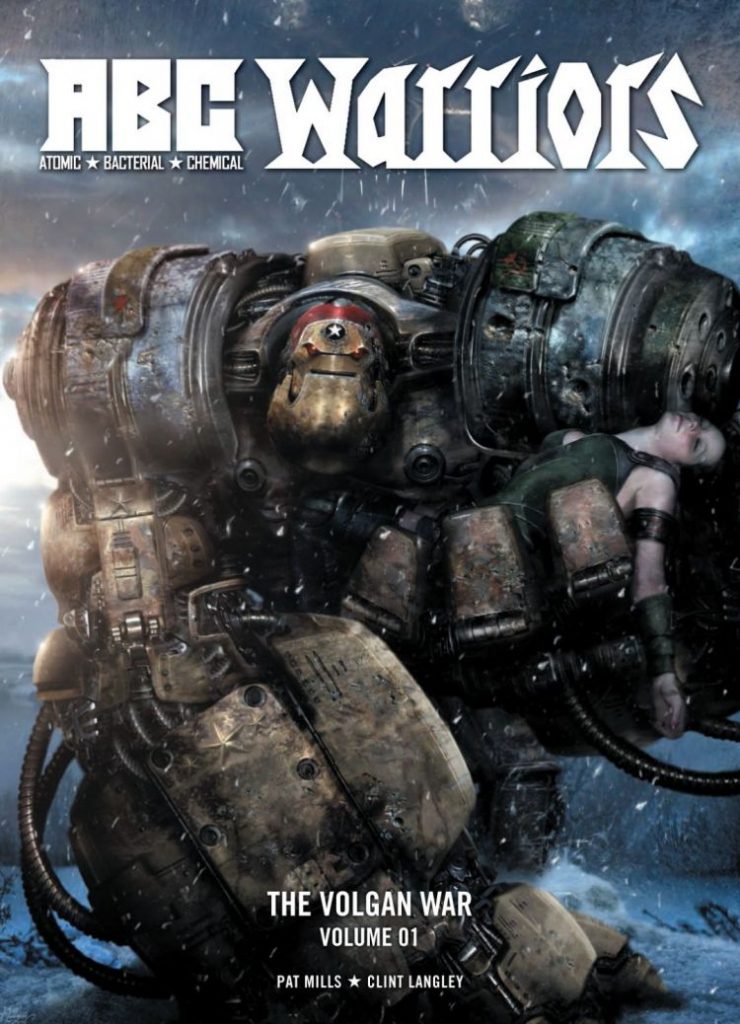 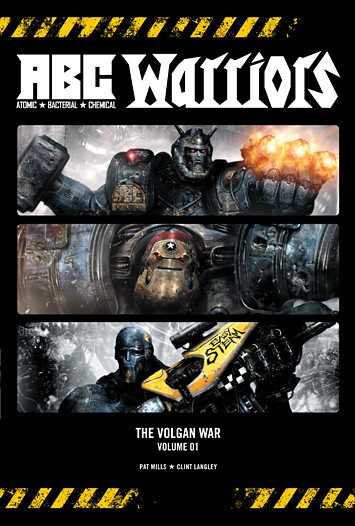 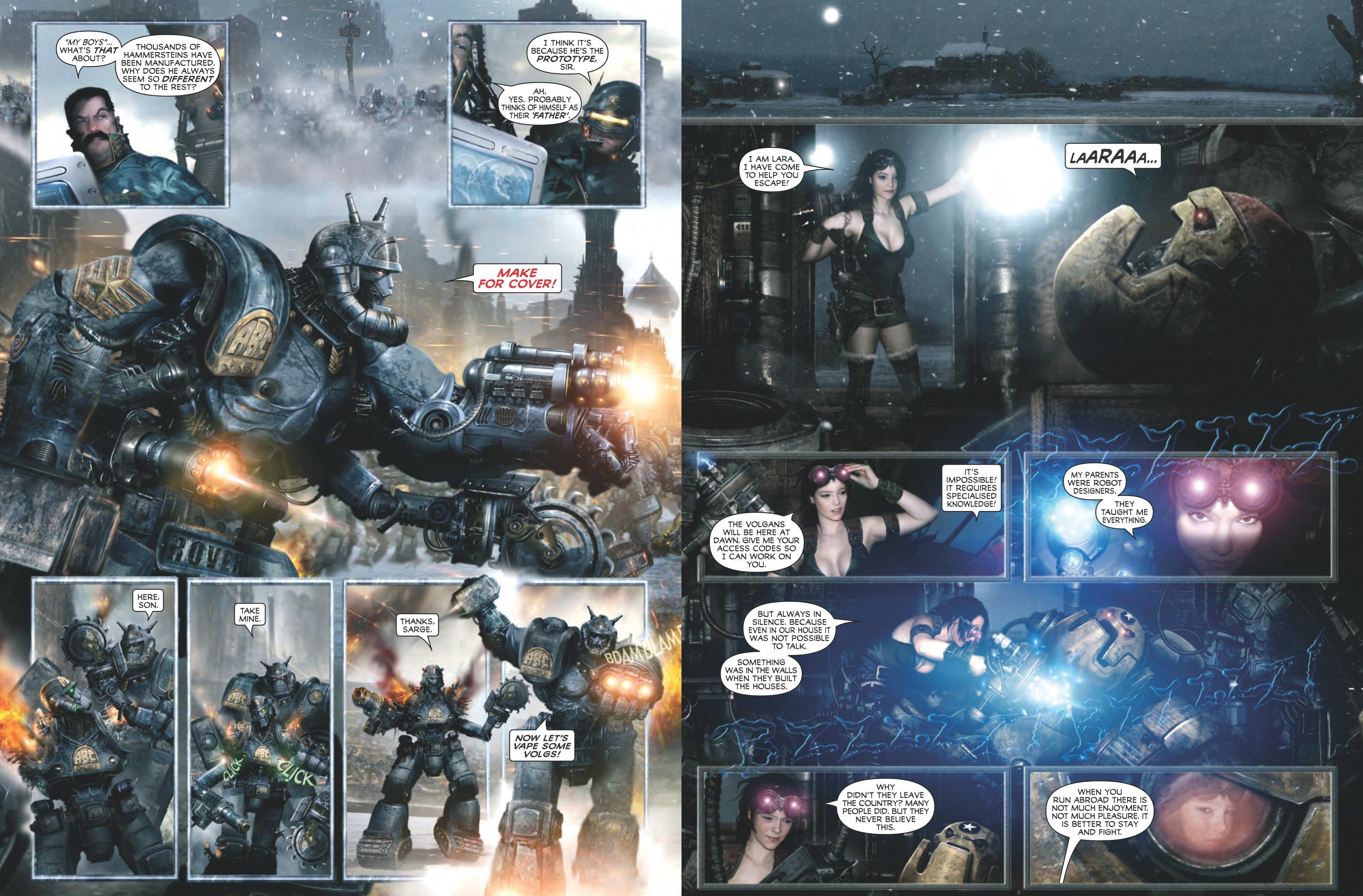 With The Volgan War, ABC Warriors moved back to colour publication, something new artist Clint Langley was able to exploit brilliantly with a painted look specialising in detail. The series had in past maintained generally high artistic standards, but despite his illustrious predecessors there’s a case to be made for Langley producing the series’ best artwork. He’s certainly produced more pages than any other artist, actually more than the remainder added together as he also drew the following six ABC Warriors graphic novels. Langley works in a mixed media manner only available to 21st century artists, blending traditional paintwork with photographic reference and digital enhancements to spectacular effect. That it still looks good ten years later when technology and effects have progressed much further indicates the original quality.

Integral to Hammerstein’s character from his earliest days was his construction as a war droid, and his Volgan War memoirs featured as part of the Ro-Busters strip in which he was introduced. Back in 1979, however, Pat Mills had little thought beyond a conventional serial produced to the British weekly comic template of fixing the previous week’s cliffhanger, and filling a couple of pages before the next cliffhanger. Here he’s plotted for the long term instituting a greater purpose, keeping Hammerstein in the service of the Western armies countering the Volgan plots is only the beginning, as each of the ABC Warriors has their own Volgan War recollection, and there’s also a team mission on Mars as a framing story. The Volgan War occurred in the late 21st century on Earth, so Mills extrapolates on the political and ecological tensions of the real world around 2010, and drops in plenty of current locations. The Volgans were always a substitute for the old Soviets, but are here re-imagined as a revitalised and renamed Eastern European empire whose exact origin isn’t disclosed. At least not in this opening Volgan War graphic novel.

Beyond the Mars setting, there are few ties to the previous Shadow Warriors. For the first time the individual ABC Warriors are presented among their similarly designed counterparts rather than being unique, each having a specific combat purpose. As with the Hammerstein segment, Mills revisits some old stories, expanding considerably, for instance, on Mongrol’s affection for Lara as seen in his introduction in The Meknificent Seven, but there are also some great new ideas, such at sat-nav guidance for a bullet. That’s an utterly believable extension of present day technology and a truly frightening prospect. Also intriguing is a new robot each of the highlighted ABC Warriors has met in the past, Zippo (a nice design from Langley) who’s inscribed each of them, the mek version of a tattoo.

Langley has so many visual highlights it’s difficult to know which is best. Perhaps his opening shot of an impossibly contorted insane asylum, or the individual pin-up pages of each ABC Warrior, or the robot march past through Red Square. Open any page at random and it’s likely you’ll be taken aback, and he closes on a stunner, Mills having built nicely to that point and set up The Volgan War 02 superbly. Alternatively both are combined as Mek Files 04. 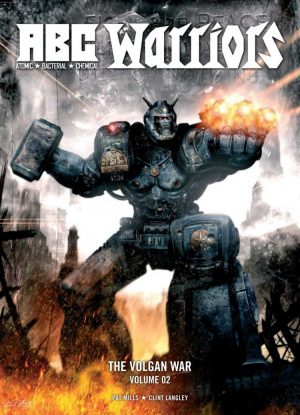 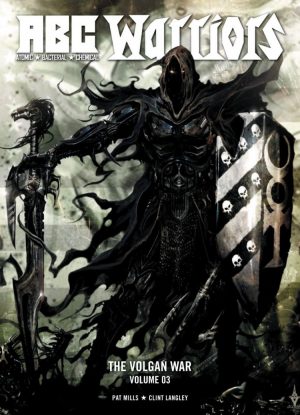 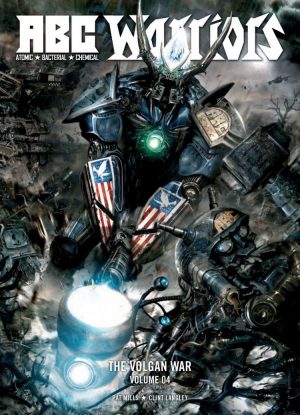