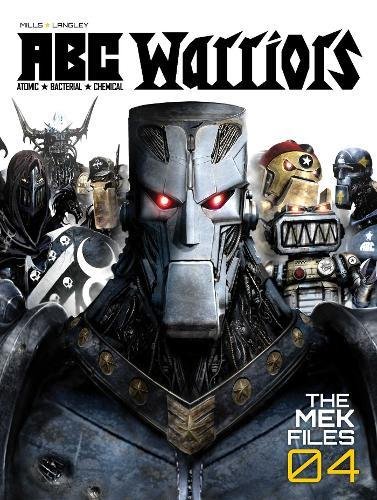 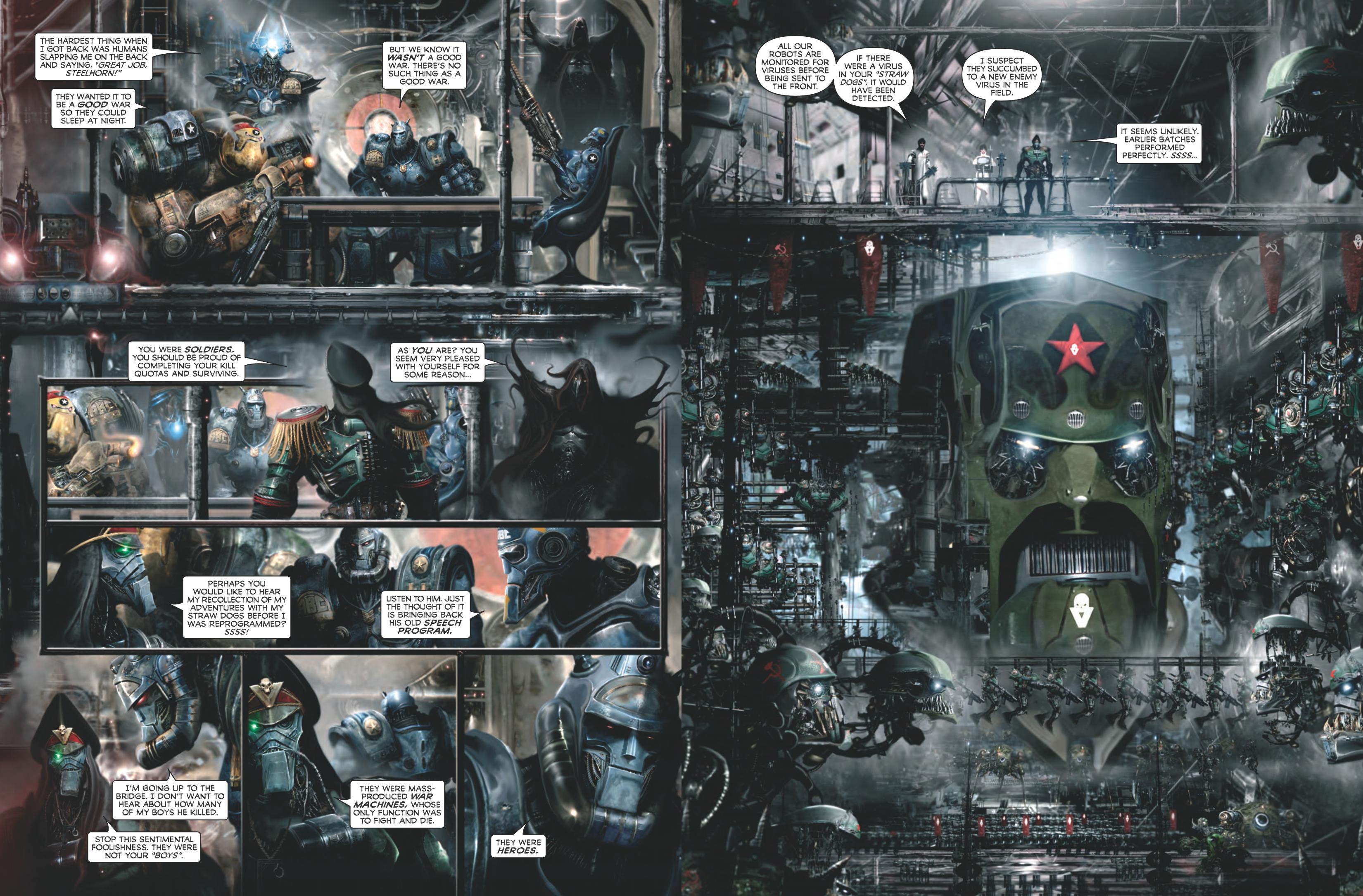 This fourth bulky ABC Warriors collection takes us to the halfway point of The Volgan War story, the longest to date, running to four volumes. The Volgan War had long been part of ABC Warriors folklore, a conflict set in the late 21st century involving the entire Earth, where human generals commanded robotic forces. This was why the ABC Warriors were developed, each a form of combat specialist teamed with dozens of similar models in platoons, and resistent to atomic, bacterial and chemical warfare, hence their name.

Clint Langley’s astounding looking art is an immediate benefit of a return to colour publication, a series of stunningly created scenes of multiple robots battling each other in appropriately grubby locations, their robot bodies ornately detailed. His work combines painting, shopped in visual reference and digital jiggery pokery (to employ the technical term) and is resolutely 21st century, art of a type that couldn’t have been produced on earlier ABC Warriors strips. That it still looks good a decade after creation is testament to how well crafted it was in the first place. You can believe robots are having at each other in front of your eyes.

There’s not a lot of subtlety about Pat Mills’ writing, but there doesn’t need to be. The plot is carried very nicely by the individual ABC Warriors recalling their war experiences in turn, Mills savvy enough to vary the events according to their personalities and specialities, and encompassed by the framing device of a mission on Mars. Mek Quake is shed early, although he still has a role to play in the overall story, and the warriors don’t realise that a mortal enemy to most of them is still alive. Each of the individual memories sees the ABC Warrior concerned encounter a specialist named Zippo, nicely designed as a fire generating robot by Langley, and he serves a greater purpose as the story continues. As in the best ABC Warriors stories, Mills combines a wealth of interesting ideas, sat-nav controlled bullet technology especially disturbing, with the ABC Warriors going through their paces. There’s noticeably more polemic and less humour, but when Mills does slip a joke in, it’s generally very good. Blackblood not understanding a basic English term is used to maximum effect.

The Volgan War volumes 01 and 02 are available as individual collections, as are volumes 03 and 04, to be combined for Mek Files 05 at some later stage.