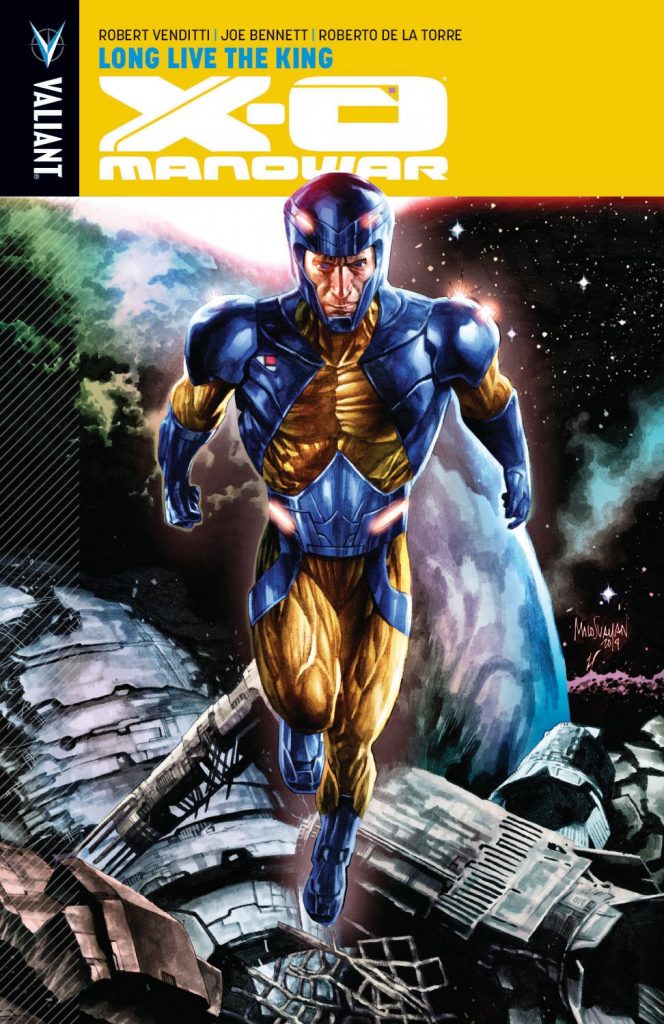 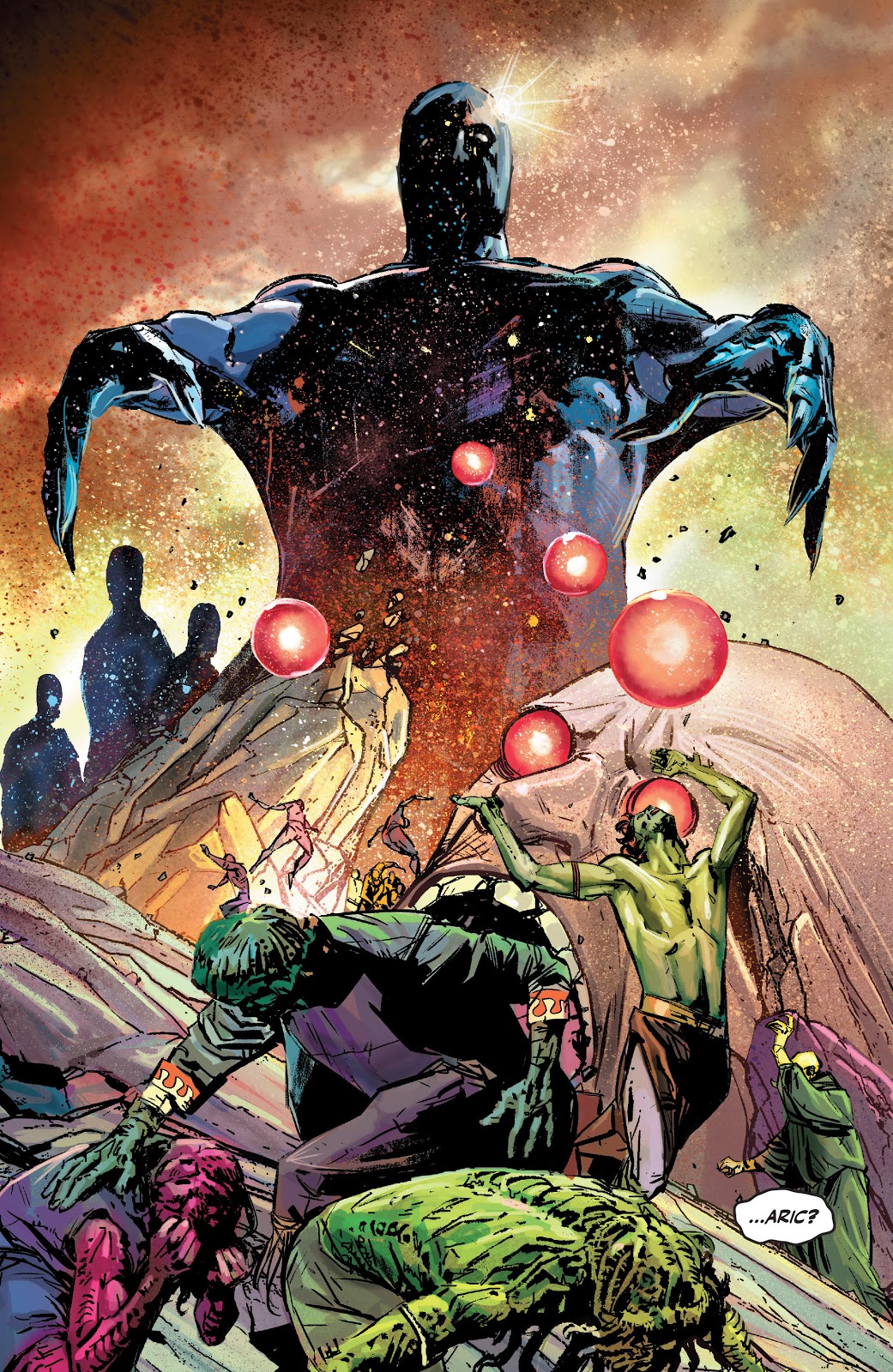 Last time in The Kill List, Robert Venditti’s clever writing toyed with readers, shifting the focus continually from one type of story to another. Underlying everything was a conflict between two elements within the alien Vine, those who accepted Aric’s possession of the Shanhara armour and worshipped him accordingly, and those refusing to accept a non-Vine was worthy of the armour and continuing with plans to conquer Earth. Everything was thrown into uncertainty with the final page arrival of other, giant beings.

Their actions over the opening chapter provide a humbling lesson for Aric. No matter his power in earthly terms, he’s as nothing to the Torment, an alien race seemingly never repelled from wherever they’ve appeared. What they’re looking for is clever, certainly far removed from the usual concerns of alien invaders in comics, and something Earth can supply in abundance.

Joe Bennett draws most of the book, and he’s admirably varied. The majority of his pages are his standard functional superhero art, but the scope of the story enables him to slip into experimentation, and as seen by the sample page, he seems to have been looking at classic era Heavy Metal. The intricate design of metal devices of unknown purpose framing early scenes on an alien planet are decorative, as are later alien scenes, where the unknowable is necessary. It’s a standard of visual ambition way beyond what Bennett usually supplies, and is very welcome. He also really impresses with other scenes of spacecraft, fortresses and battlements.

As it plays out, Venditti’s plot is also very reminiscent of classic Heavy Metal, a type rarely seen in comics now, although not entirely successfully blended with the more standard last ditch battle efforts of Aric’s allies, the great and the good of the Valiant universe. They’re altogether more ordinary, but a necessary contrast to what Aric experiences.

Images from assorted artists who worked on earlier X-O stories appear as montages, and all back-up stories are decent. Fred Van Lente and Clayton Henry tie up a loose end from Aric’s introduction, supplying an opportunity for the revenge he never had when snatched, and Jody Houser’s narrative is combined with Javier Pulido’s sometimes almost abstracted art. That’s a Ninjak solo as he reflects on his one failed mission while carrying out another. There’s also room for the cover to what was the 50th X-O issue for which fifty artists jammed, each drawing their version of X-O.

There is a thirteenth X-O volume, Succession and Other Tales, and in mopping up loose ends it is mostly written by Venditti, but Long Live the King is his farewell to X-O, a series on which he’s constantly surprised. It’s about a born warrior, repeatedly thrown into battle, yet reinforcing that battle isn’t always the answer. It’s been an extremely enjoyable run overall, and one worth sampling if you’ve never tried it, although this volume isn’t the ideal sample as much depends on what has been constructed earlier. Also featured are the opening pages from the relaunch under Matt Kindt starting with Soldier. Thomas Giorello’s art is spectacular.

X-O Manowar Deluxe Edition 5 combines this with the previous and next volumes in an oversized hardcover.