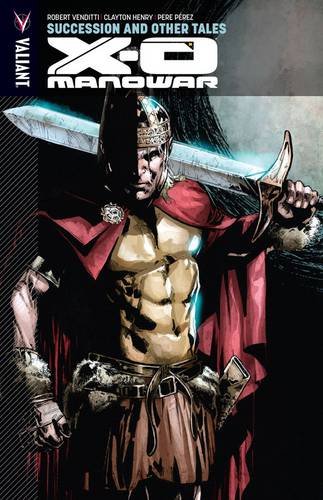 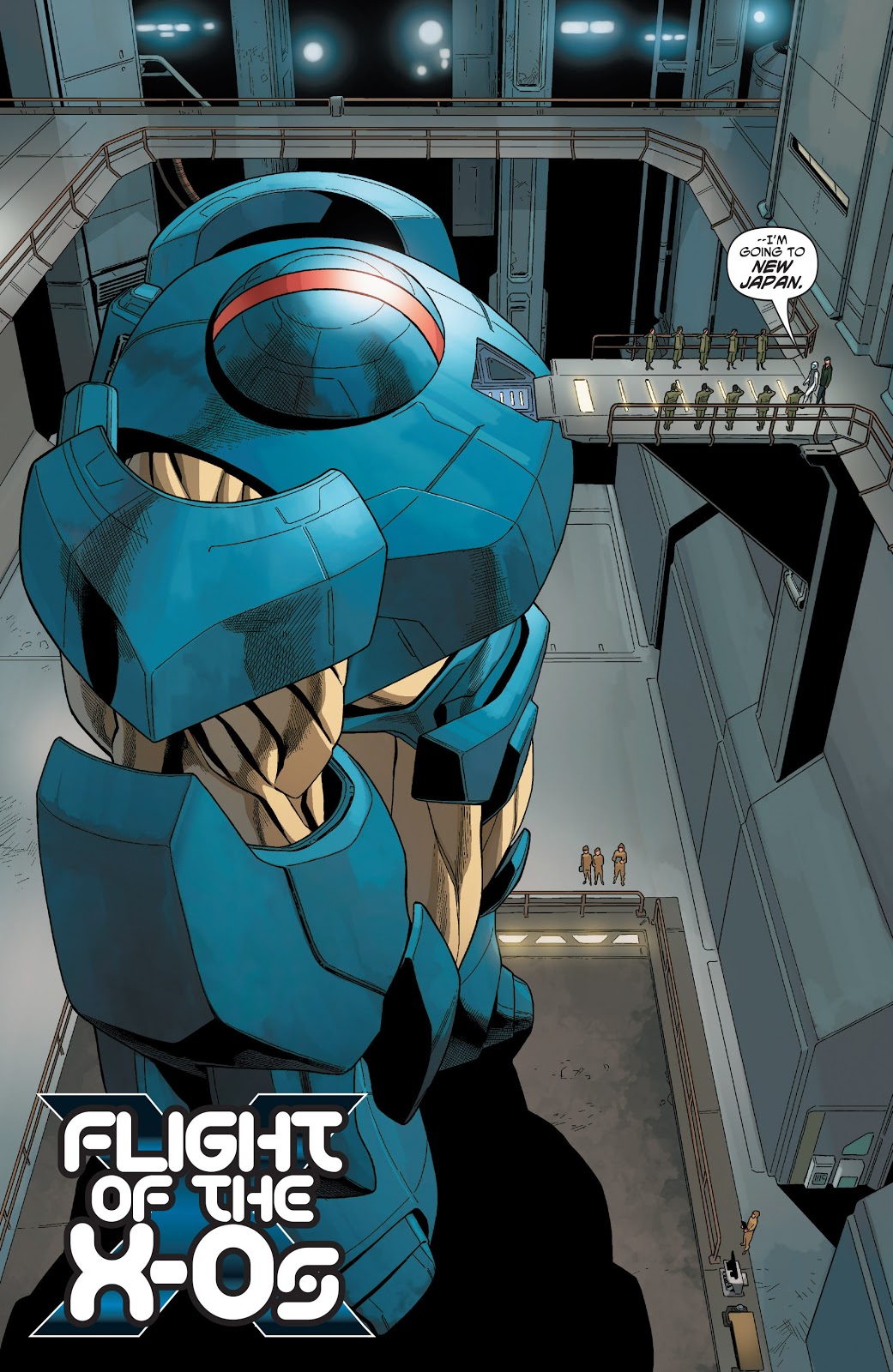 Long Live the King wrapped up Robert Venditti’s storylines on X-O Manowar to all intents and purposes, but there were still a few stories featuring the character left over, and Succession and Other Tales covers those. Most are written by Venditti, starting with Aric’s childhood among a Visigoth tribe constantly travelling to avoid Roman invaders.

That’s a touching piece, nicely drawn by Pere Pérez establishing exactly how a young boy could develop a hatred for the Romans, yet having time for some nice pastoral moments and the loving care shown by Aric’s mother. Having glimpsed at the past, both the remaining stories look to possible futures. ‘4001’ doesn’t actually deal with that year, only jumping to 2121, without an X-O as was, but the technology has been cloned to a degree, offering far larger equivalents. ‘The Book of Death’ features Aric’s final days. Venditti has already revealed the process by which the armour gradually integrates with the host, in effect forming a new suit of armour and opens his story at the museum dedicated to Aric and his achievements. Clayton Henry draws both stories, efficient and capable, always providing clear page designs and conceiving an interesting look for a technology-based assassin featured in the middle story, from which the sample art is taken.

A humane and heartwarming quality is common to most of Venditti’s X-O stories, and given the brief for this selection, it’s stronger than usual. Contrasting the violence of Aric’s armoured life with a peace he never achieved during his earliest days has been a progression through Venditti’s writing, and it comes to a neat conclusion in Succession.

The two stories not written by Venditti feature supporting characters. Amy Chu and Mike McKone present a trying day for Colonel Jamie Capshaw, who displays the remarkable ability to take a bullet in the shoulder and carry on fighting as it missed a vital organ. That stupidity apart, it’s an interesting piece about manipulation and sowing doubts. Jody Houser and Adam Goreham look at Commander Trill integrating with the Vine agents on Earth, which would have been better placed in earlier volume as it’s pointless given the past two books showed what followed. It’s the most predictable piece in the collection, high on macho posturing, low on sympathy.

Because Venditti writes the majority of the content there’s a consistency absent from other Valiant anthologies, but this is still an exercise in tying bows rather than presenting essential material. It’s also available as part of X-O Manowar Deluxe Edition 5.