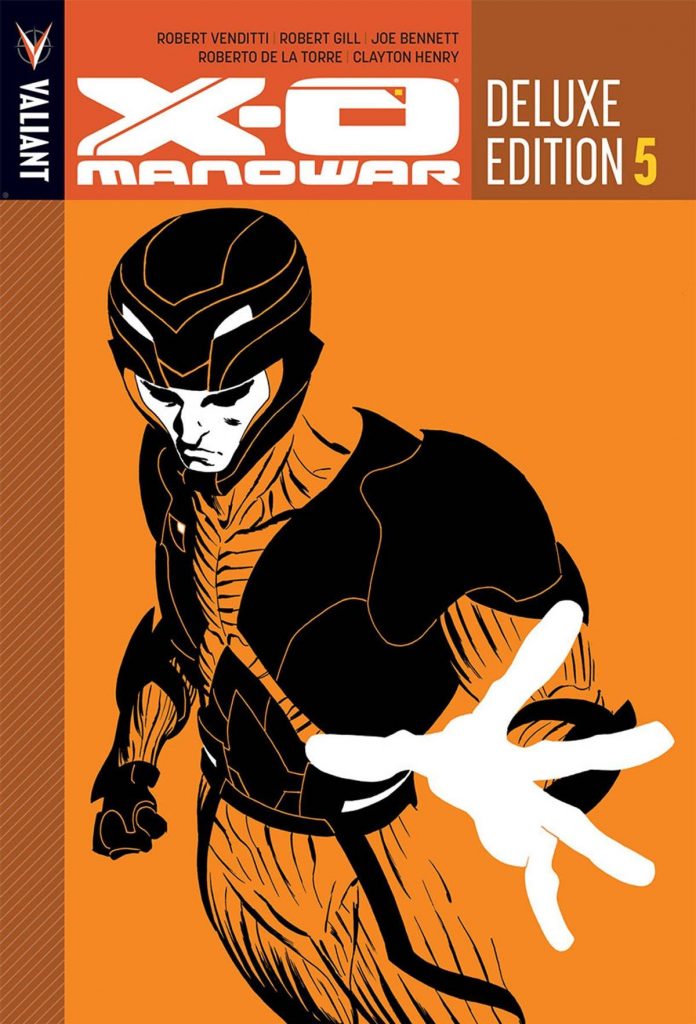 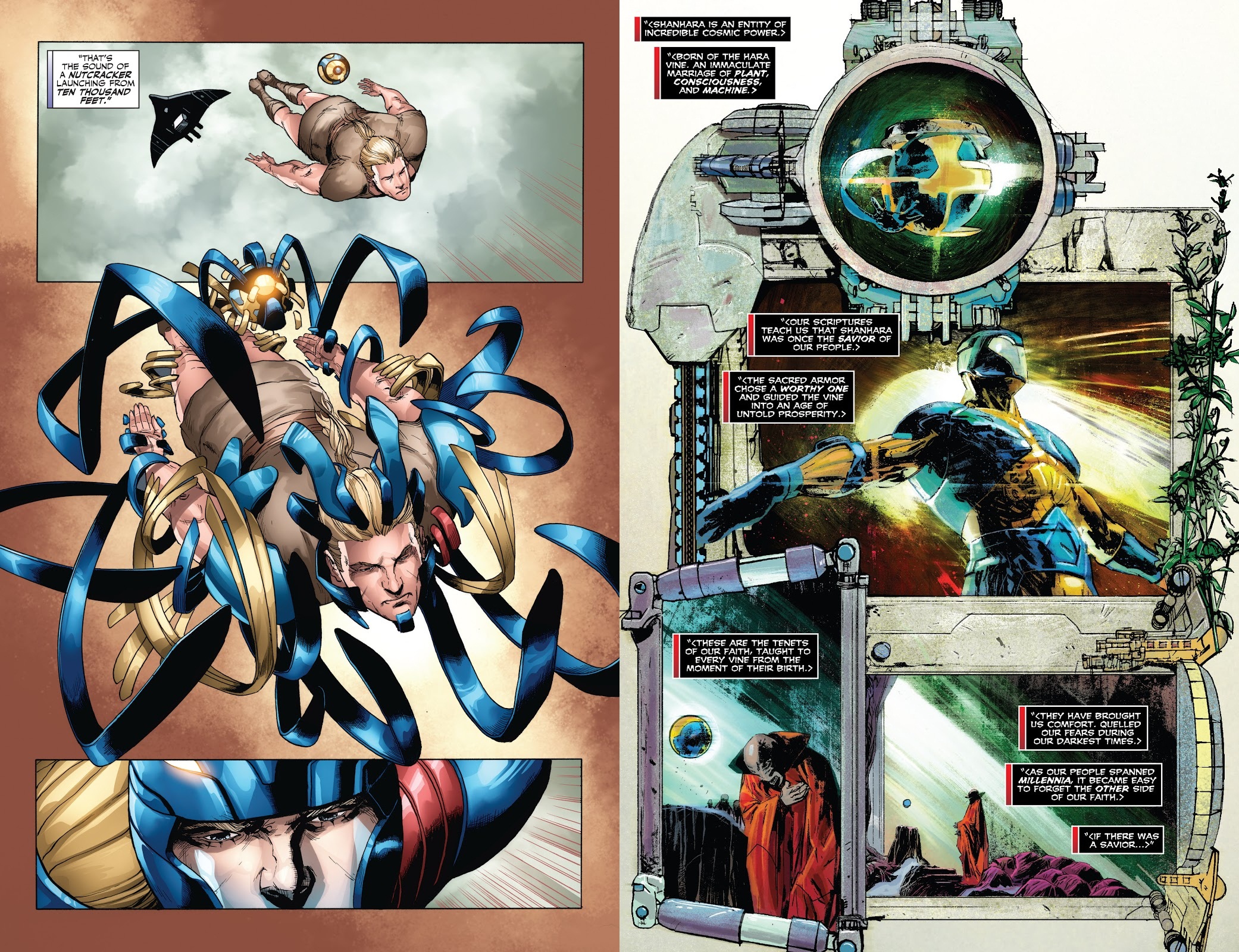 Despite the names of other writers featuring for having contributed short stories, the five Deluxe Editions of X-O Manowar are driven by the imagination of Robert Venditti, who brings his story to a close with this content. As a standalone it’s an excellent example of the ambition and unpredictability that’s made his version of X-O so entertaining, but as it builds on so much already introduced you’re better off starting with an earlier selection.

Alien race the Vine have been integral to the series from the opening sequence of their abducting and enslaving 5th century Visigoth warrior Aric and his people to their arrival on Earth believing they can share the planet in the course of Deluxe Edition 4. It’s a naive belief, and the awkwardness is compounded by there being a second group of Vine who never left after an aborted invasion, many of whom can pass for human, led by the fearsome Commander Trill, who gets his own chapter detailing his wrong-minded ambition. Aric’s in the middle of sorting that problem out alongside Ninjak when another alien race arrive to throw everything into confusion. This appeared as individual paperbacks The Kill List and Long Live the King, and greater plot details are revealed by following the links. Although he writes some of the following content, these stories essentially draw together the plots Venditti introduced at the start of his run, and do so very satisfactorily.

In terms of art, Joe Bennett (sample art right) is a revelation, mixing his familiar superhero style with far more ambitious and startling alien scenarios. It’s as if he’s channelling the spirits of the French artists who featured in the 1970s Heavy Metal, and it’s a unique look in the 21st century. Francis Portela excels with the humane qualities of tale spotlighting Aric’s youth, and Robert Gill combines good storytelling with great action pages (sample art right). Unlike volume four, there is no disappointing art, and the likes of Mike McKone and Javier Pulido on shorter content are excellent.

Because there’s a density to Venditti’s concluding episodes and so much other content dotting back and forth through time, this Deluxe Edition provides a greater variety than the previous four volumes combined. There’s the origin of the Shanhara armour, and spotlights on ally Ninjak, enemy Commander Trill and the Roman centurion who killed Aric’s Uncle. We see Aric as a young child, Aric’s death and transformation, his successor, and a glimpse into the Valiant universe of the near future when there’s no Aric around. Most of this material forms the paperback Succession and Other Tales, some of which are written by creators other than Venditti, but they all capture the mood of the series.

This is an occasion where the sum of the parts are better than the whole, simply for the sheer variety on offer providing such a thorough immersion in Aric’s world.