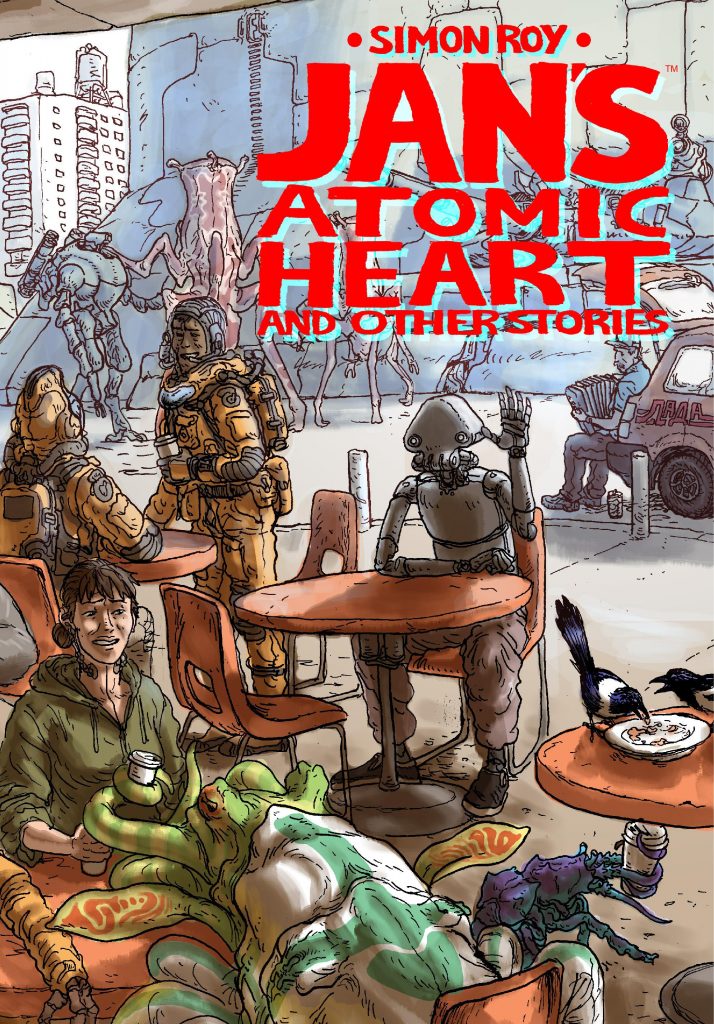 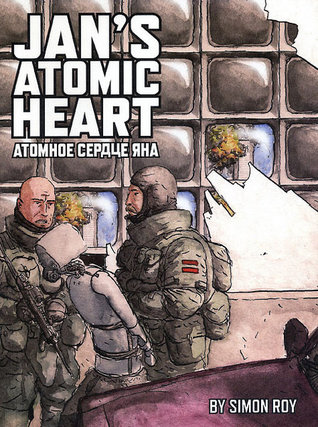 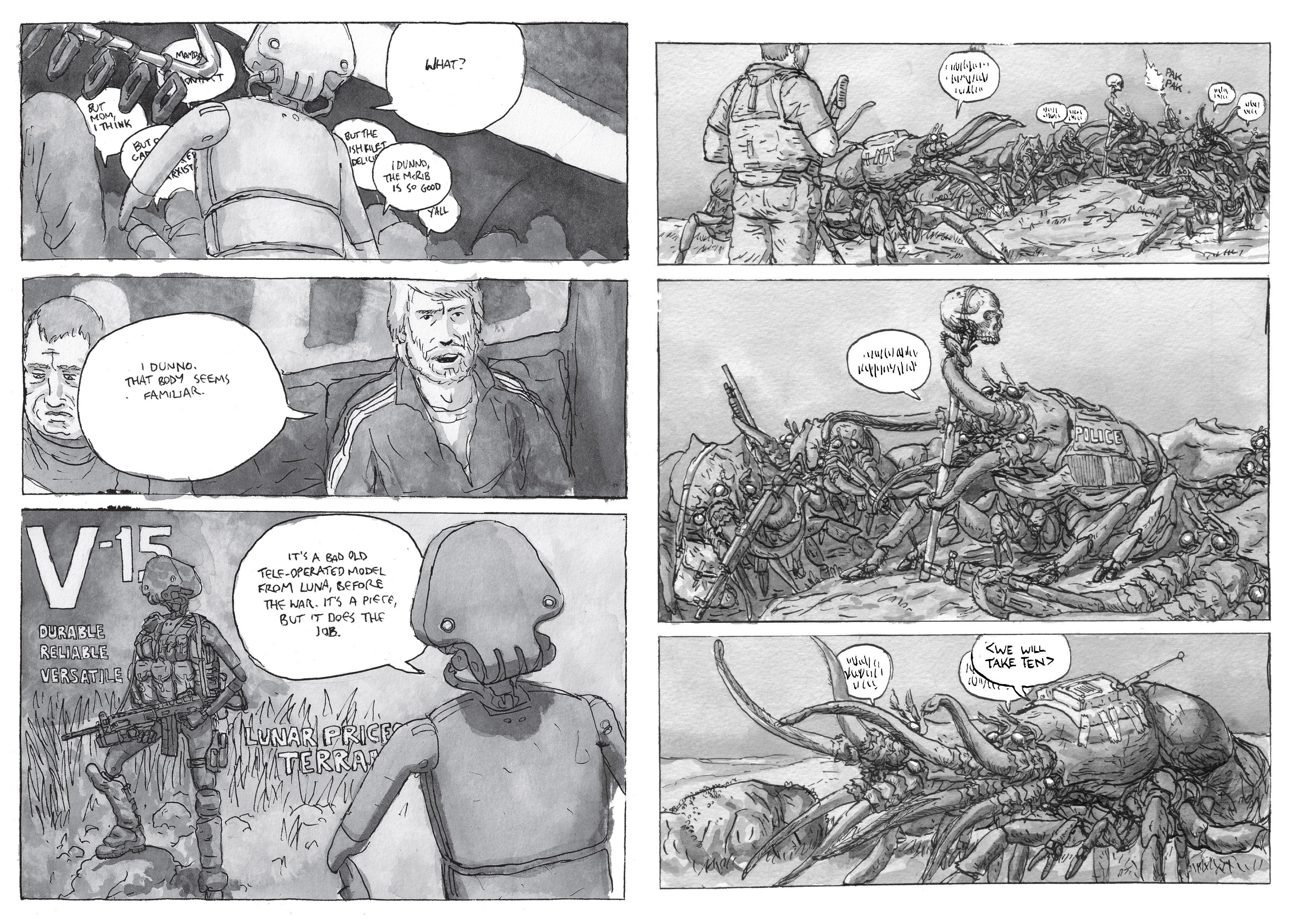 This collects Simon Roy’s contributions to assorted anthologies along with the title story, previously issued as a separate comic.

That title story showcases Roy at his best, both in writing and artistic terms, very mature considering he produced it during his first year at art college. A storyteller’s instinct kicks in beautifully just when you begin to suspect he’s rambling. We’re introduced to Anders as he’s delayed for work. Roy establishes the technology by depicting the police as robots, before Anders bumps into Jan at a diner. His consciousness has been temporarily downloaded into a mechanical body while his own human variety is repaired after a car crash. So far, ‘Jan’s Atomic Heart’ is inventive without really grabbing readers, but that’s before Roy throws in a great twist inordinately complicating Jan’s life. That’s good, but there’s a second twist, equally surprising, turning on what we’ve just presumed to be background information establishing a setting. The art is also surprisingly mature for someone relatively young at the time. Roy’s influences are the European artists whose work filled Heavy Metal in the 1970s, and his loose figures and impossibly detailed mechanics provide a unique approach for the times.

The remaining content shows artistic progression and experimentation, a playful nature and a considered approach to telling a story. Isolation is a recurring theme, and whether in the twist ending shorts or the longer stories, Roy ensures the characters are embedded in their environment. It’s never a random placement, however, as they have to be in that precise setting for the story to work efficiently. Not everything works, with some contributions mere exercises, a fight in an alien bar dropping into that category, occupying eight pages and saying almost nothing.

What ensures the better stories are attention-grabbing is the humanity at the heart of them. ‘Shipwrecked with Dan the Gorilla’ began life as a 24 hour comic, and has been redrawn, but this reworking of Robinson Crusoe cultivates a wonderful pathos as the prospect of release is dangled in front of people who’ve been trapped on a remote island. Should they even leave? It’s charmingly unpredictable, deliberately toying with cliché, yet always circumventing it, and unafraid to be emotional.

Roy’s art switches about considerably as the format enables him to toy with styles. The connecting point is a love of complex mechanics, be it robotic or biological and every story features a fascinating design somewhere along the way. However, Roy will also surprise with his depictions of nature and landscape.

Jan’s Atomic Heart and Other Stories offers considerable rewards, and marks Roy as someone to admire. Even with all the options available to 21st century comic creators, very few working in English language material experiment, or vary a style once they’ve established it. Due to work on other projects Roy’s already notable, but this is far more than working in the margins.