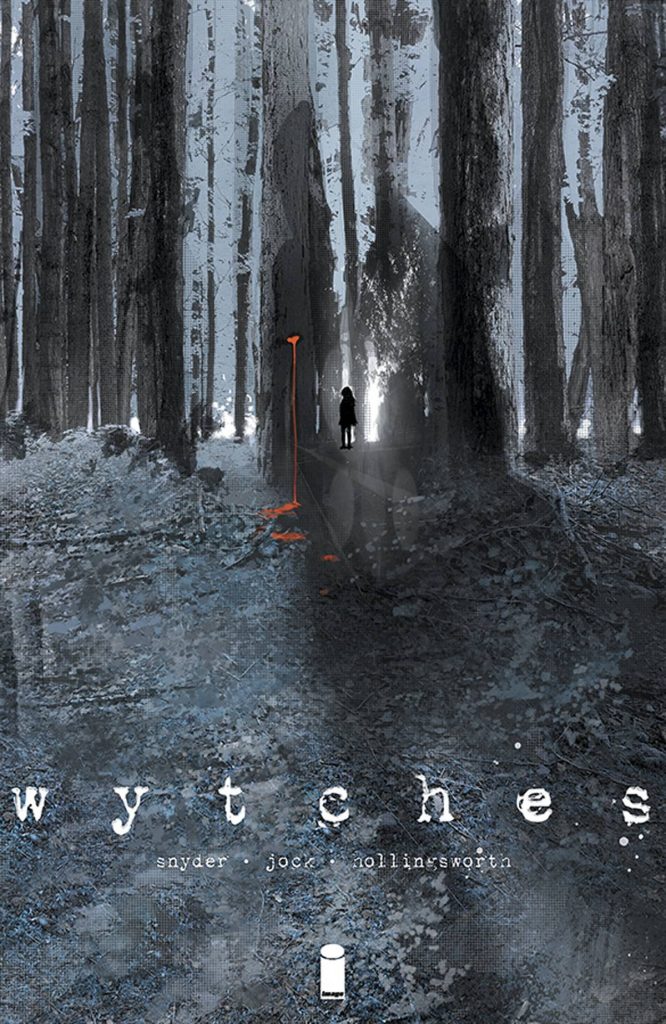 Scott Snyder begins Wytches with a horrific and attention-grabbing scene set in the past, featuring a woman trapped in a tree. We then join Sailor Rooks and her father in the present day waiting for the school bus in a remote area of New Hampshire. She’s about to start a new school and is concerned that people might know who she is.

Snyder drags on this mystery pleasingly over the first chapter, which proves a smart toying with what horror can entail. The title indicates one aspect, but that first chapter also includes a harrowing bullying scene. Ultimately, though, the horror is the fear of the unknown and just what might lurk in the woods, and as Snyder continues his examination of the Rooks family, more guilt and darkness emerges, and a lot more terror. Part of that also comes from an excellent twisting of another horror standby, that of people knowing some form of truth, but because what they’ve seen is inexplicable in the normal course of events, those who could help plain don’t believe them.

The continuing foreboding is punctuated by moments of visceral horror, and both are extremely effectively conveyed by artist Jock, who gives us a normal, likeable family. That’s important because when they’re subsequently dredged through hell it’s so much more horrific. He works harmoniously with colourist Matt Hollingsworth, their symbiosis such that it’s difficult to work out which of them might be responsible for the chilling and disorienting splatter effect used on so many pages.

With every chapter the horror escalates, a considerable achievement because it’s emotional horror in addition to the standard shock, and parents will feel it more keenly. An incredibly fast paced final chapter reveals all, and supplies a new surprise. Ultimately Wytches is a story of redemption and reclamation, and because Snyder, Jock and Hollingsworth have tuned into the beyond so astutely it’ll scare the crap out of even seasoned horror fans.

If you enjoy this, it was followed two years later by a Halloween Special.