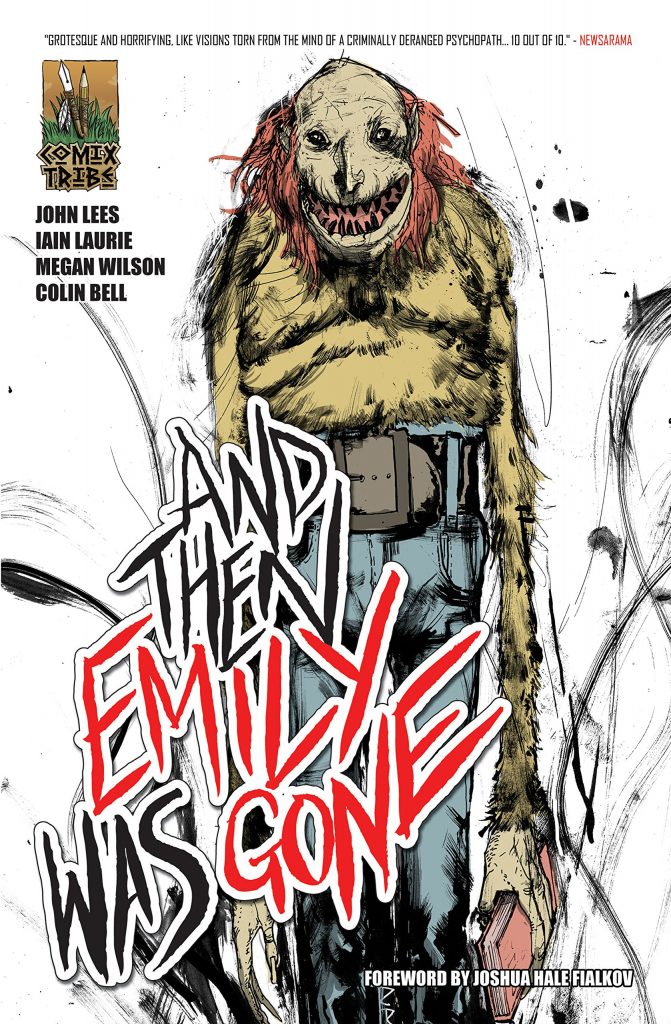 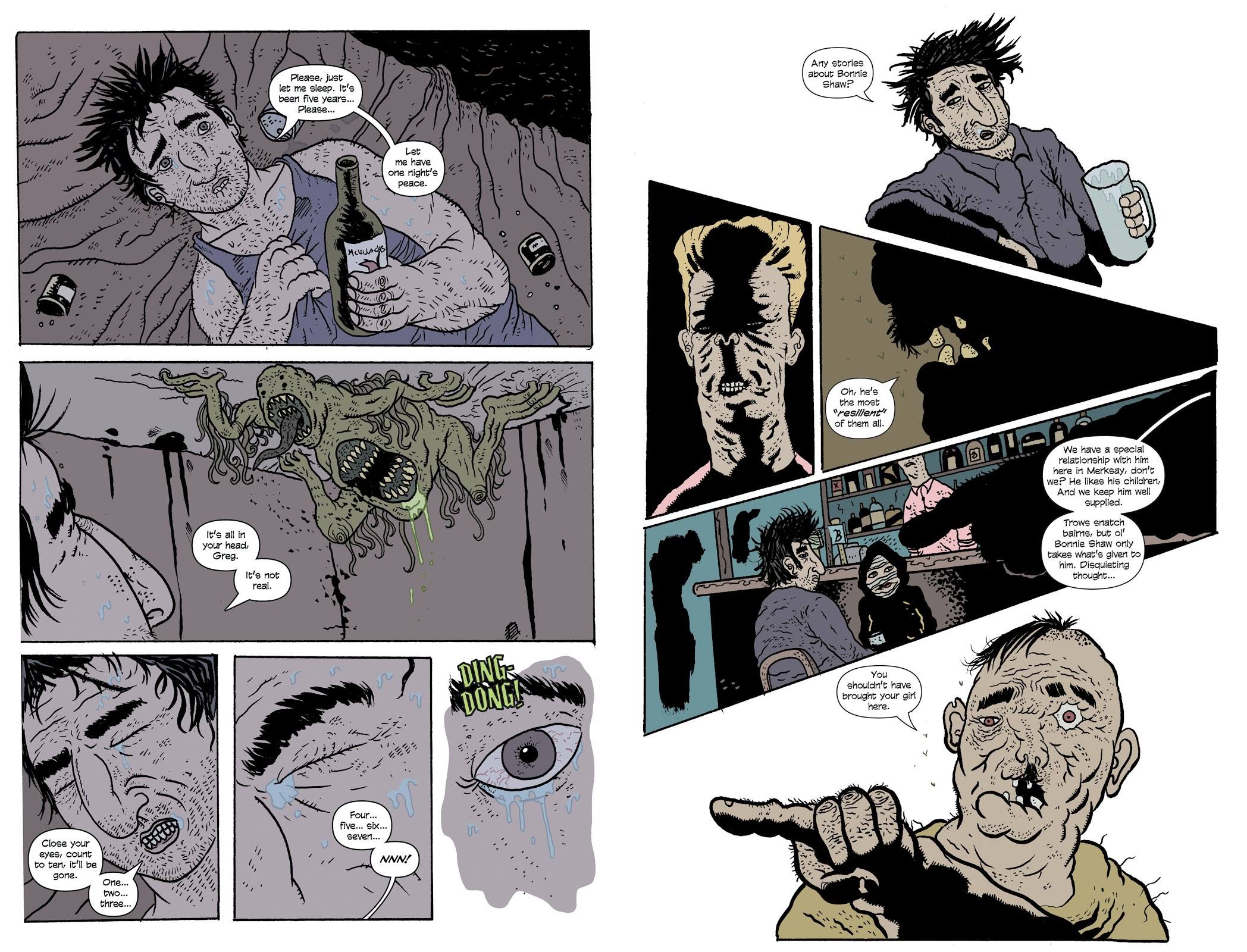 The cover is possibly not the best representation of And Then Emily was Gone. It certainly features an important character, the mythological Scottish boogeyman Bonnie Shaw, but the combination with the title lettering only highlights the sensational aspects of a story greatly more nuanced.

Greg Hellinger is tormented, seeing otherworldly horrors, yet has in the past helped the police when people have disappeared. He’s approached by Fiona Tulloch, teenage resident of Merksay in the Orkney Islands, whose best friend Emily Munro is the latest in a line of children who’ve disappeared from Merksay over twenty years. Before she disappeared Emily claimed she’d seen Bonnie Shaw. The longstanding legend about him is that he’ll help people out, but the price demanded is their child.

A disturbing opening chapter sets the scene beautifully, also introducing the anguished Gordon making a box to seal up his troubles, and Vin Eckland. He’s best kept a surprise due to the skilful way John Lees handles his introduction, and Iain Laurie constructs an equally good gormless appearance. Laurie’s art throughout is some way distanced from expectations of a horror story, using shade, but hardly as a priority and presenting everything in a wonky form of cartooning. His cast are memorably strange, and while the mood Lees cultivates is very much The Wicker Man (original, please), Laurie’s style removes it slightly.

Lees fills the story with sinister references, constantly reinforcing the disturbing even if that’s the only purpose. It’s mentioned that one person worked at the abattoir, which has absolutely no relevance at that point other than to instigate another troubling mental association. At the same time Laurie surrounds the cast with aberrations, and memorably stark images.

There’s no short-changing here, no convenient explanation for the irrational, and everything builds toward a great confrontation as friendship and loyalty clash with the old ways. Truths are revealed, some unanticipated, and all horrendous in a spectacularly good finale. It’s eventually ambiguous, strangely so as much that could have been is clarified, yet there’s no disappointment as And Then Emily Was Gone promises and delivers.

If you want to investigate further then Lees and Laurie’s Merksay blog remains online as of writing, and an additional story was provided for 2018’s Free Comic Book Day.