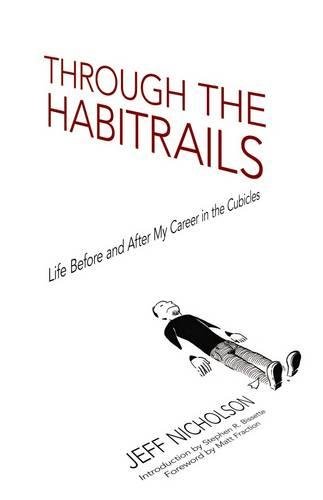 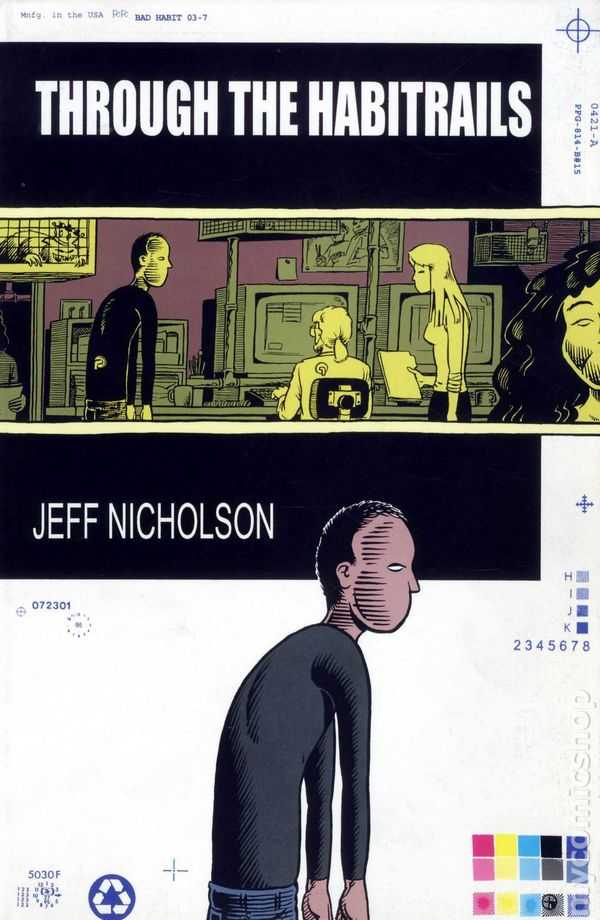 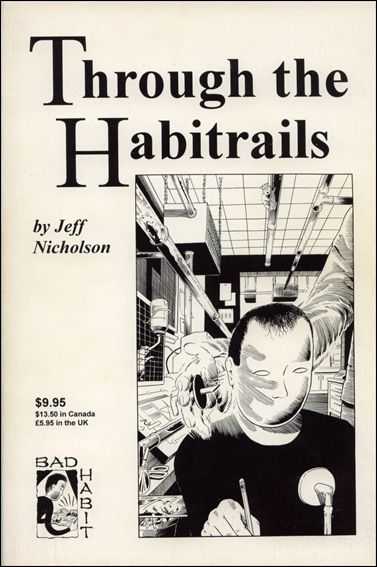 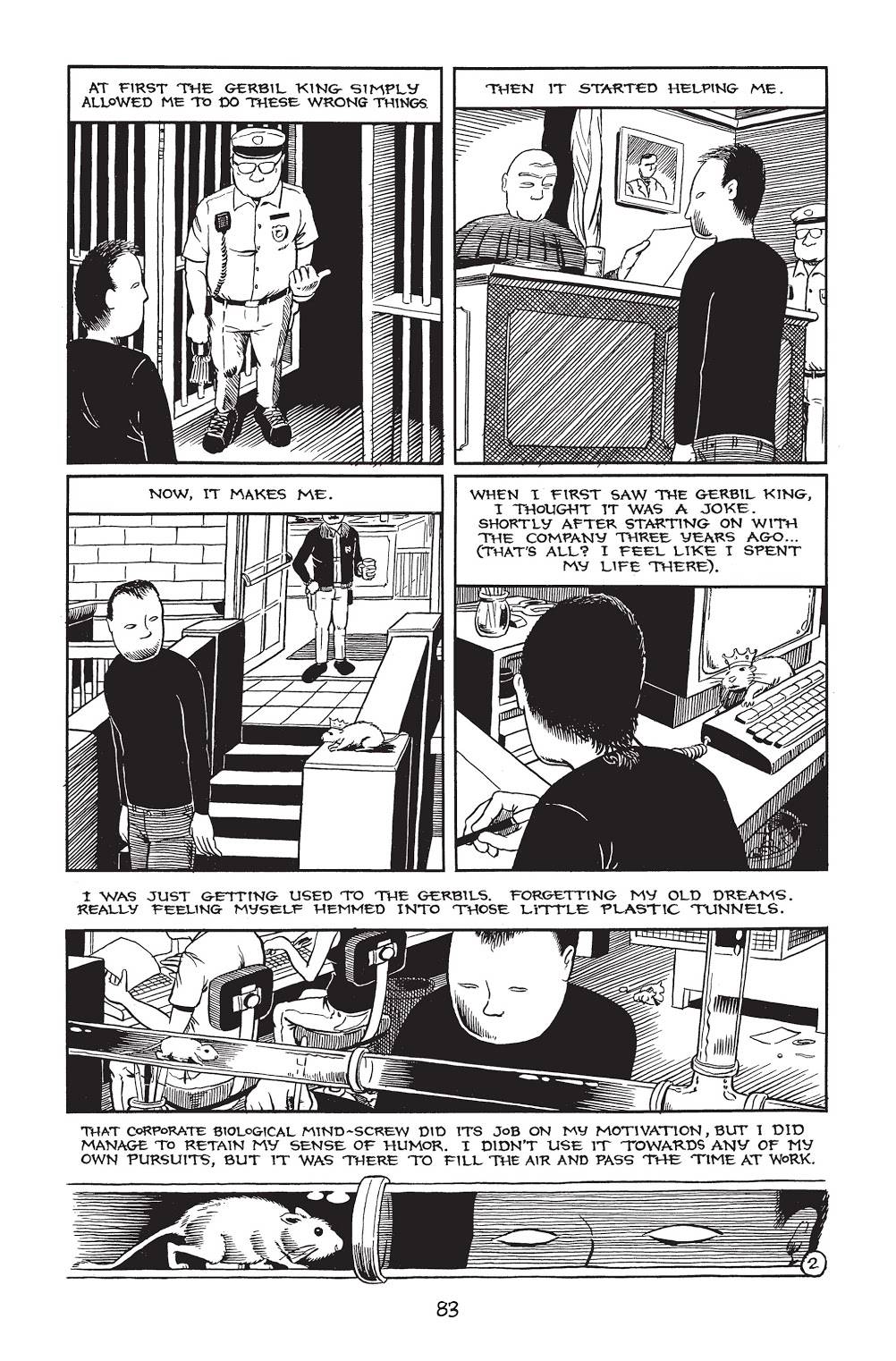 Through the Habitrails first saw the light of day in the horror anthology Taboo in the late 1980s, where it was strangely out of place among creators working in more traditionally horrific areas. In his introduction Steve Bissette compares it to Franz Kafka’s work, and in the way it takes a life we can all recognise that descends into nightmare, he’s right. Further bringing Kafka to mind are the surreal intrusions, yet Jeff Nicholson may have influences, but he’s his own creative force, and all these years later Through the Habitrails still defies easy categorisation. What’s certain is how Nicholson sets a constant unease, increasing the unsettling mood with every practice introduced over these connected glimpses into a life we would not have.

A never named narrator describes his lonely life and daily routine in a bizarre office, perpetually fearful, and indulging in judgemental and passive/aggressive behaviour in the face of a seemingly oppressive management tier. How much of Through the Habitrails is meant to be taken as autobiographical allegory? A compliant workforce all drawn without a mouth is straightforward enough, as is the notion that they’re reminded of their place by the habitrails of the title, the connected transparent plastic tubes run through the office containing scampering trapped gerbils. Nicholson draws parallels between that and the city’s long, straight, empty roads that the protagonist has a fear of diverting from, presumably more allegory. However, what are we to make of him wearing a modified pickle jar completely filled with beer around his head? The carbonation alone is enough to sustain him. Or that without comment he’ll grab a gerbil and bite into it?

The result of these anomalies is Nicholson creating a continuing nervous suspense about any environment or circumstance, particularly during chapters titled ‘Escape’. Are the interactions with gerbils entirely the product of a fearful imagination and misplaced passive aggression, or are they real? Are we witnessing a disintegration? There’s an end to the narrative, but never to the questions, and once read, there’s no getting Through the Habitrails out of your head. The Cat Lover or Jimmy will pop into your thoughts at quiet moments. Are you sure you can cope with that?

Before the 2016 Dover Books reissue, two editions from Bad Habit saw print, Nicholson adding a new epilogue to the second edition (with the colour cover) and that includes material cut from the new edition, the bitter Cat Lover section one missing sequence. The 2016 reissue has upgraded the paper stock, features a new introduction from Matt Fraction, and a massively expanded one from Stephen Bissette. It also includes two new epilogue strips plotting out alternate futures for the protagonist, and Nicholson’s afterword offering some insights. 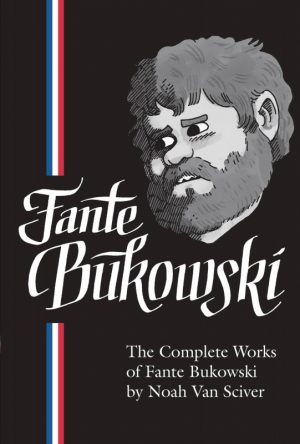 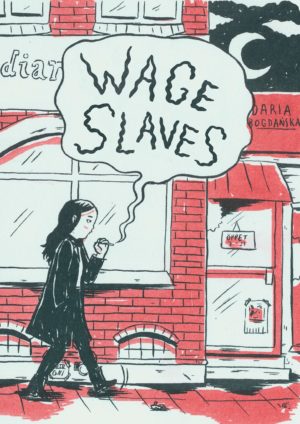 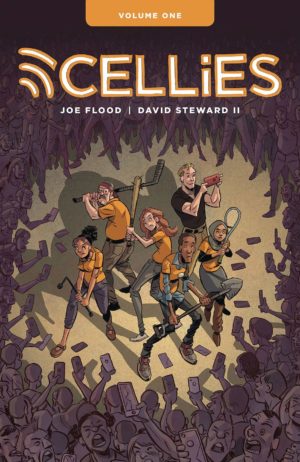