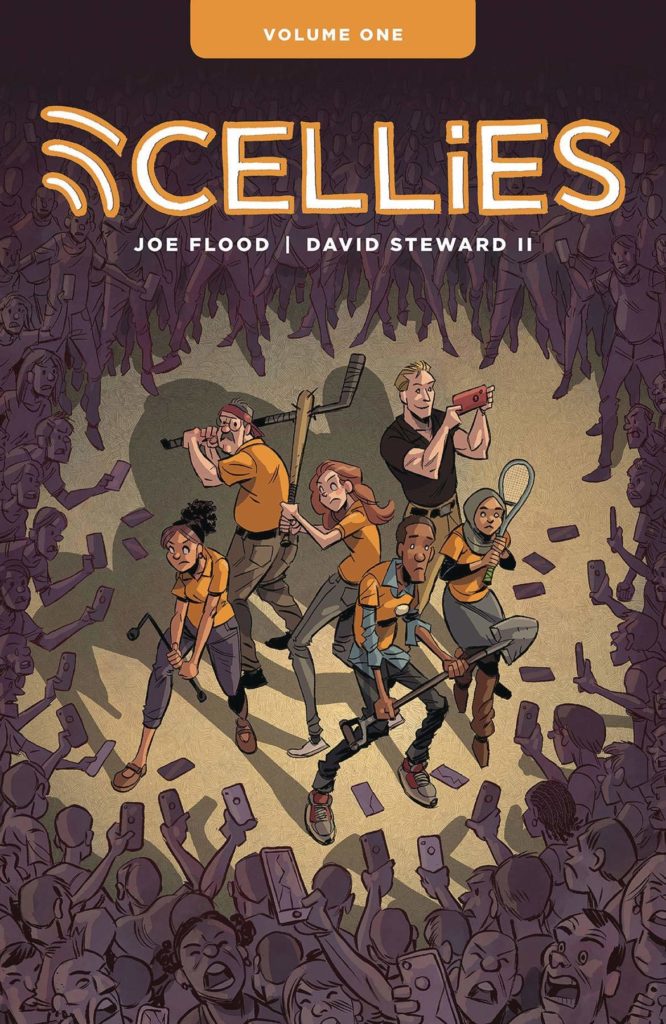 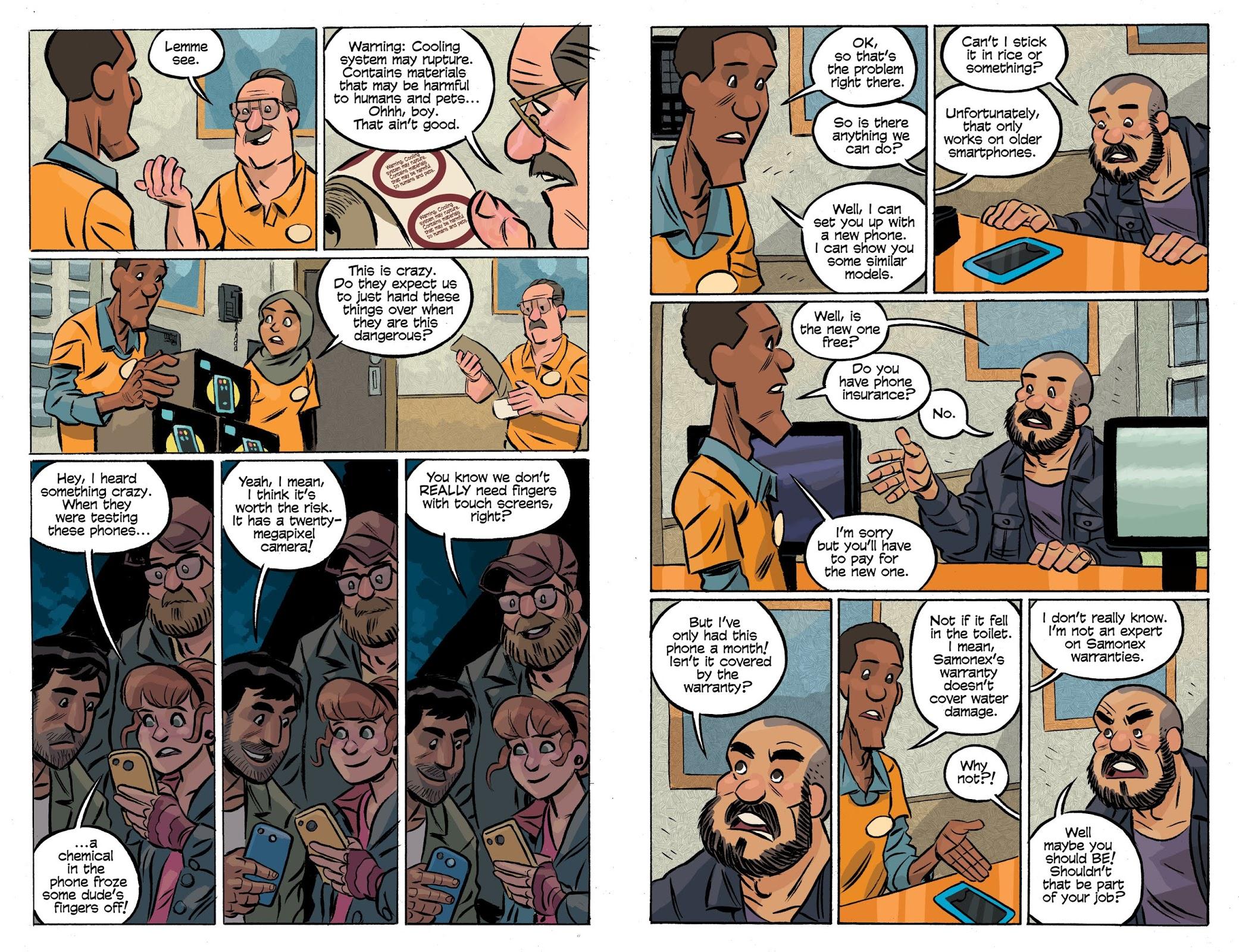 Anyone who’s ever had a hellish retail job, and most of them are hellish, will form an instant bond with Cellies, the staff at Jog Mobile. Devin, Elena, Jerry, Parker and Rey are the folk who forgo their lives in order that the store can open at midnight so customers don’t have to wait until morning for the new launch phone, and put up with the moronic store manager Christian, as dim as his staff are smart.

Strangely, the creator credits have the smack of retail about them with David Steward II listed as creator when he writes not a word and draws not a line. Nearly all of that is handled by Joe Flood, although Dave Scheidt writes the opening piece. Flood’s pages are an open form of cartooning that presents appealing characters and solid environments, ideally suited to the retail sitcom Cellies is. It’s certainly not a series that’s going run out of ideas, what with moronic customers and the quirks of the staff. Central character Devin once had aims to be a program developer, sixteen year old Rey combines the job with her studies, and Jerry was once editor of the Pittsburgh Star. Like most of the others, Elena desperately needs a job, the exception to that being Parker, whose father is Jog Mobile’s CEO, and Flood works well with tolerance levels the staff need to have. Because Jog Mobile is located in the mall, he’s also able to drop into neighbouring shops and satirise other forms of retail, the common factor being that all attempt to bamboozle people with new or made-up names.

On one level Cellies works. It’s gentle comedy, and we rapidly come to like and sympathise with the characters. However, that only carries the strip so far. Flood really needs to tighten the pacing to provide a greater density. The TV sitcoms he’s aiming for have a joke almost every other line, but Cellies takes the long road to a punchline, and a likeable cast can’t paper over that for long. A Volume Two followed. 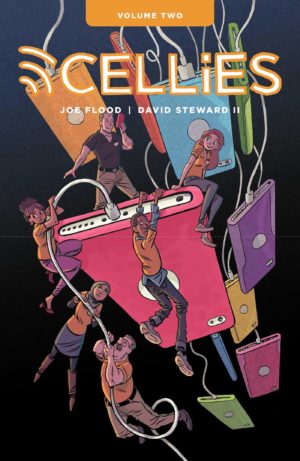 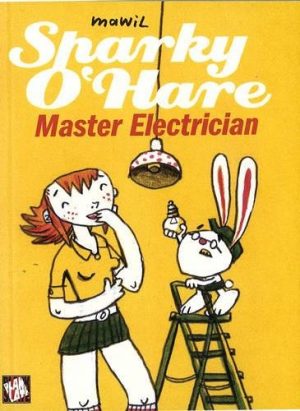