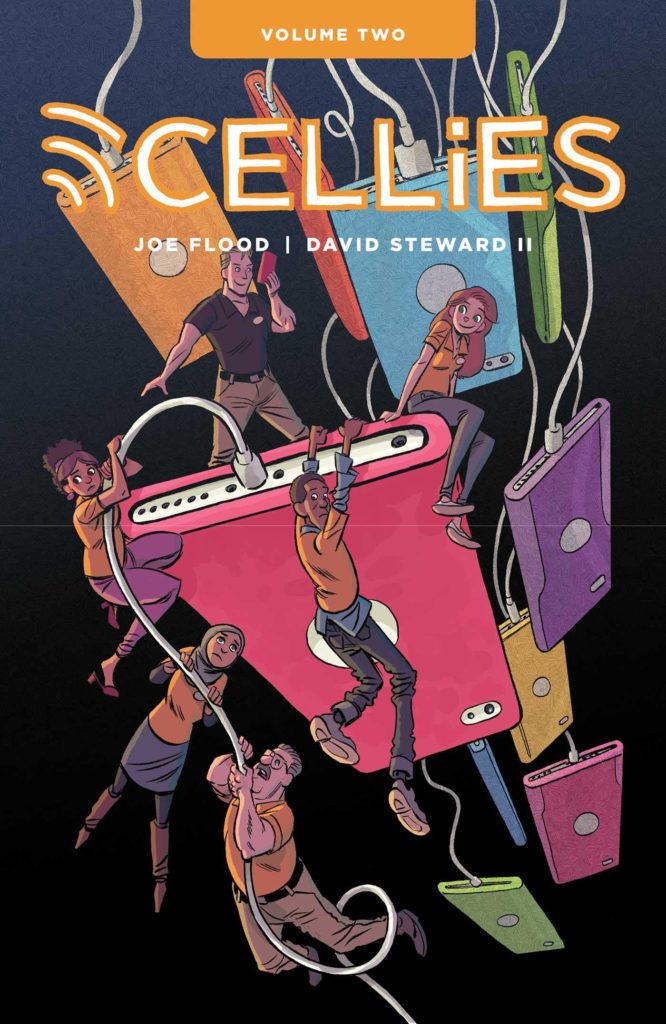 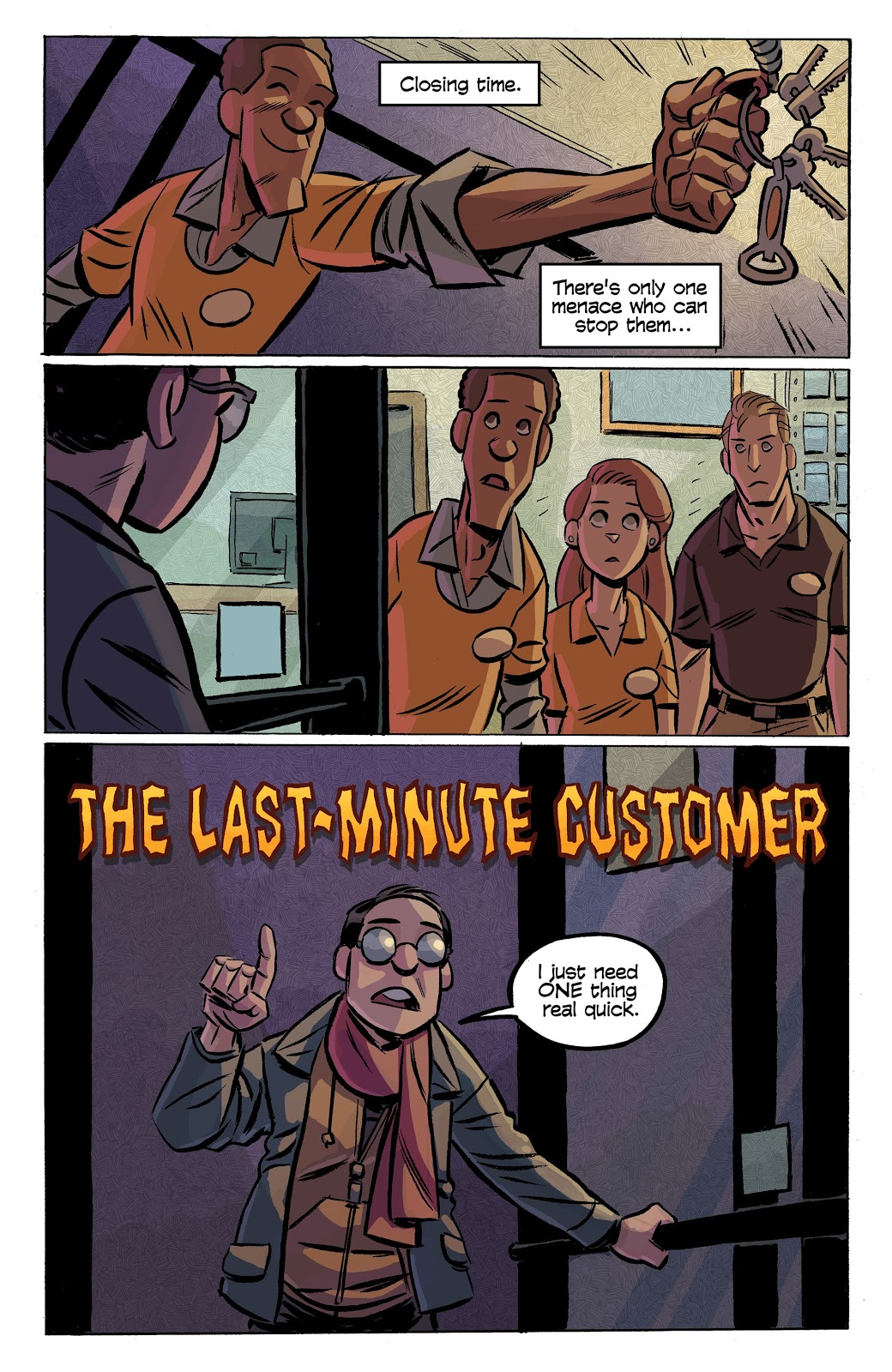 Cellies Volume One introduced a broad based cast all working at a Jog Mobile outlet, establishing the personalities, and that any retail job is one of desperation with elite service and long hours rewarded by shoestring wages and poor management. It was an attempt by Joe Flood to approximate a TV sitcom, and much was right, but Flood couldn’t master the pacing. Instead of the machine gun precision of set-up and punchline, then repeat, getting to that punchline took an age.

The good news about volume two is that there’s some improvement, and the bad news is that there’s still not enough after ten chapters to see Flood mastering the form. He’s still attempting to add new facets to the cast, when we know them as well we need to, and it’s frustrating because the occasional moments show promise. A Mad Max style scene with Devin on his cycle is imaginative, a grasping game store owner is recognisable, and especially good is a scene where Devin and Parker are watching a training video that’s cleverly commenting into another scene with Jerry and Rey.

Flood’s cartooning is a different matter altogether, not just a matter of moments, but the finished article that surely went a long way to selling Cellies. There’s the appealing look of Archie Comics, but really selling how the characters feel, with great expressions. When he can cut loose Flood’s obviously enjoying himself, but also treats his characters well. This extends to one or two page back-ups illustrating retail stories sent in by readers.

The comedy is gentle, the characters well defined, but Cellies closes without ever having grasped the opportunity.