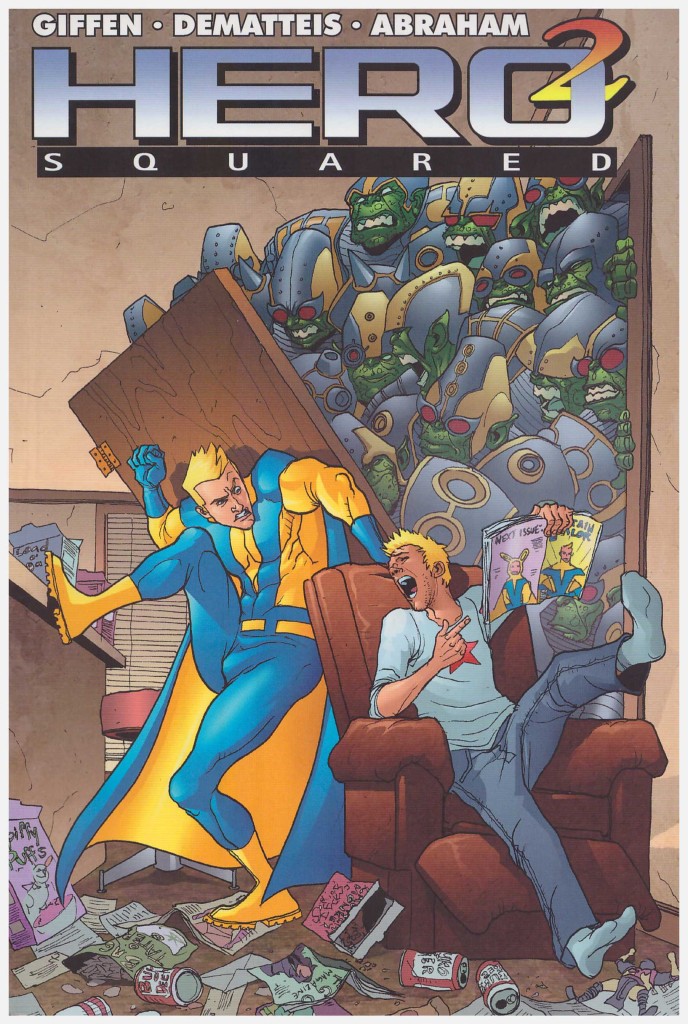 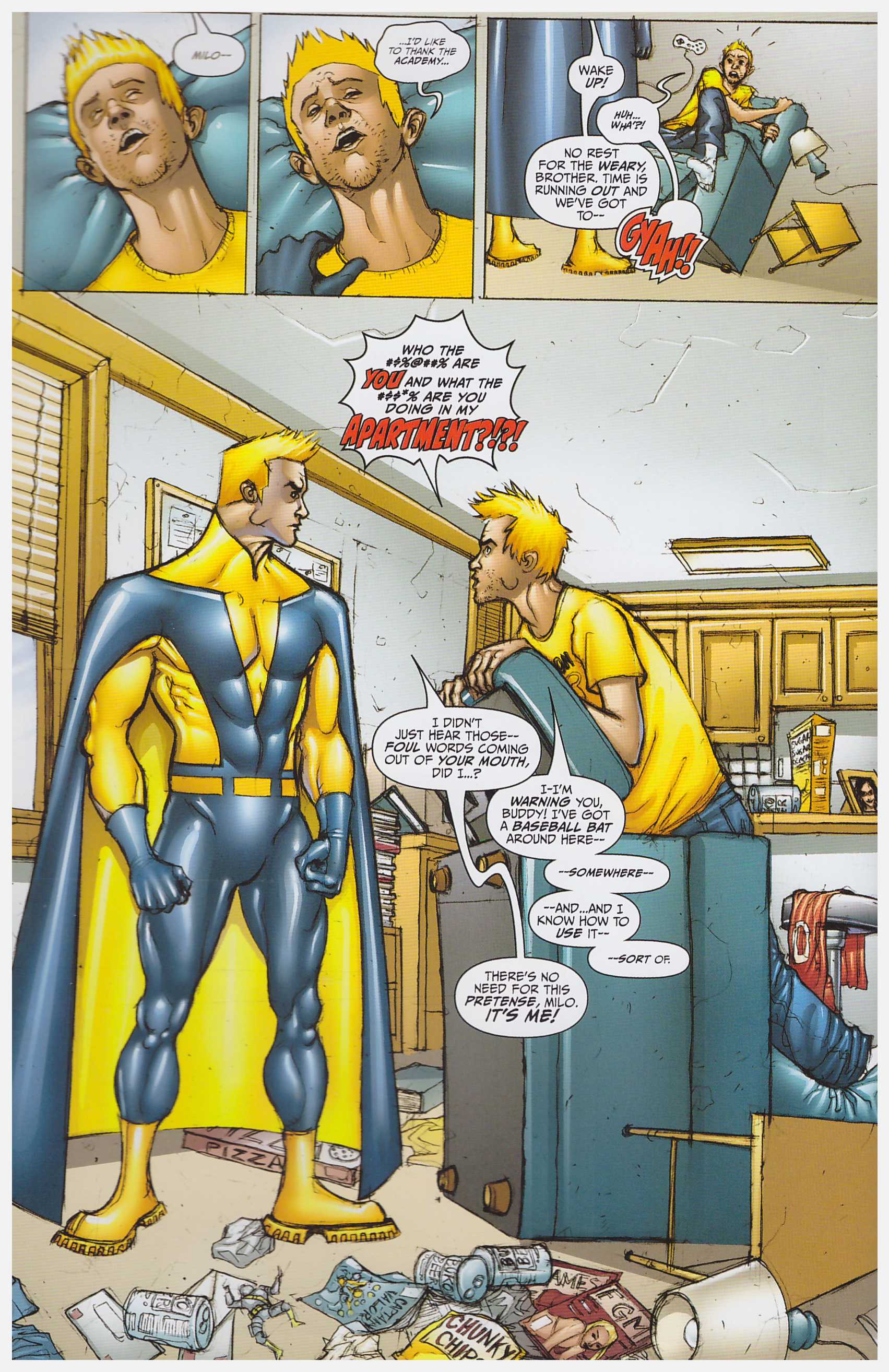 Hero2 sets off with an excellent premise. Captain Valor is his world’s standout superhero, virtuous, refined, confident and supremely capable, fighting the good fight whenever he’s needed. There is one enemy that he can’t defeat, however, a rampaging fury who’s used science to combat his magic-based powers, and it’s reached the point where Caliginous has laid waste to much of the world and murdered all other superheroes.

Just when it seems he’ll be joining his former colleagues in the afterlife, Captain Valor triggers a dimensional shift and ends up on the equivalent of our Earth. He immediately searches out his other-dimensional alter-ego, Milo. On this Earth Milo skipped out of the school trip where Captain Valor acquired his astonishing powers, and the only Captain Valor he’s aware of stars in a long-running comic series. Milo is a slacker who’s never actually going to make that cinematic masterpiece he’s always discussing with his mate and constantly lets down his supremely patient and caring girlfriend Stephie.

This is superb sitcom style plotting and dialogue from the writing team of Keith Giffen and J.M. DeMatteis, matching the sharpest of their 1980s Justice League material. The major difference is that although he improves throughout, and is even better in the sequel, Joe Abraham isn’t an artist to match those available to the writers on Justice League. To be fair to him, he has a trickier task than the likes of Adam Hughes, Kevin Maguire and Ty Templeton. This isn’t characters permanently in costume, as the plot requires far more in the way of everyday scenes, and he handles these well, particularly the contrast between two iterations of the same person. On the downside, he can’t always prevent his cast looking posed when specific expressions are called for. Mark Badger and Shannon Denton also provide inserts illustrating Captain Valor’s recollections.

Giffen and DeMatteis import several comic standbys from their old Justice League times, including a brilliantly toadying villainous lackey, and the repetition of panels with minor changes for comic effect. Hero2 Squared, however, requires a far great subtlety overall, and greater real world characterisation. While Milo and his heroic counterpart are opposite ends of the rigidity scale, the plot wouldn’t work nearly as well if Stephie were equally caricatured. She’s integral to the comedy with Milo taking her for granted to the outrage of Captain Valor who mourns the Stephie he once knew. The verbal dexterity employed by DeMatteis is succinct and sharp, well worth the verbiage above and beyond the norm, but once we’ve started taking that for granted there’s the surprise of several genuinely touching moments.

Once the odd couple have settled into an uncomfortable domestic arrangement in Milo’s flat, it’s almost inevitable that Caliginous will also make the journey across the dimensions, and the writers provide a good twist with that arrival. It’s just as well it’s explained in the dialogue, though, as Abraham doesn’t convey it with the art. There’s an appropriately credible reason that Caliginous doesn’t immediately repeat the world shattering procedures seen in the opening pages, and it cements several extremely awkward situations. Look to Another Fine Mess for the continuation, or alternatively pick up all three series volumes as the Hero2 Squared Omnibus.

The hilarity of the strips extends to TV writer David Mandel’s introduction and Amy Parsons’ excerpt from a biography of the writers, while other back-up features include design sketches and promotional strips drawn by Giffen. 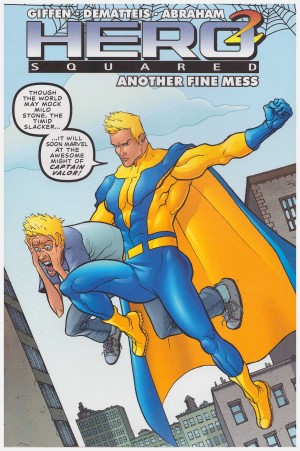 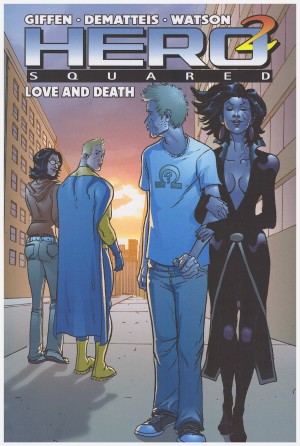 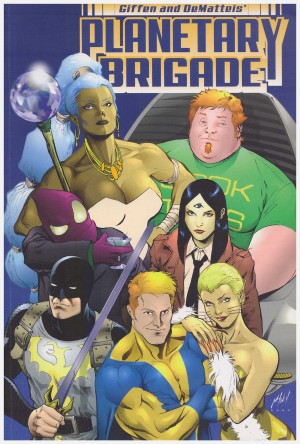