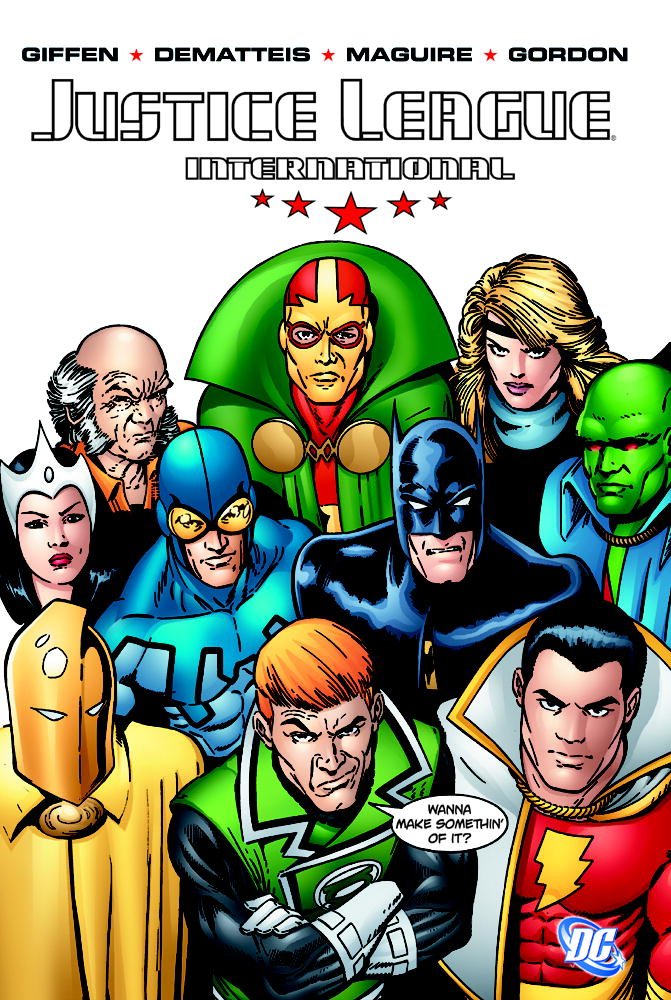 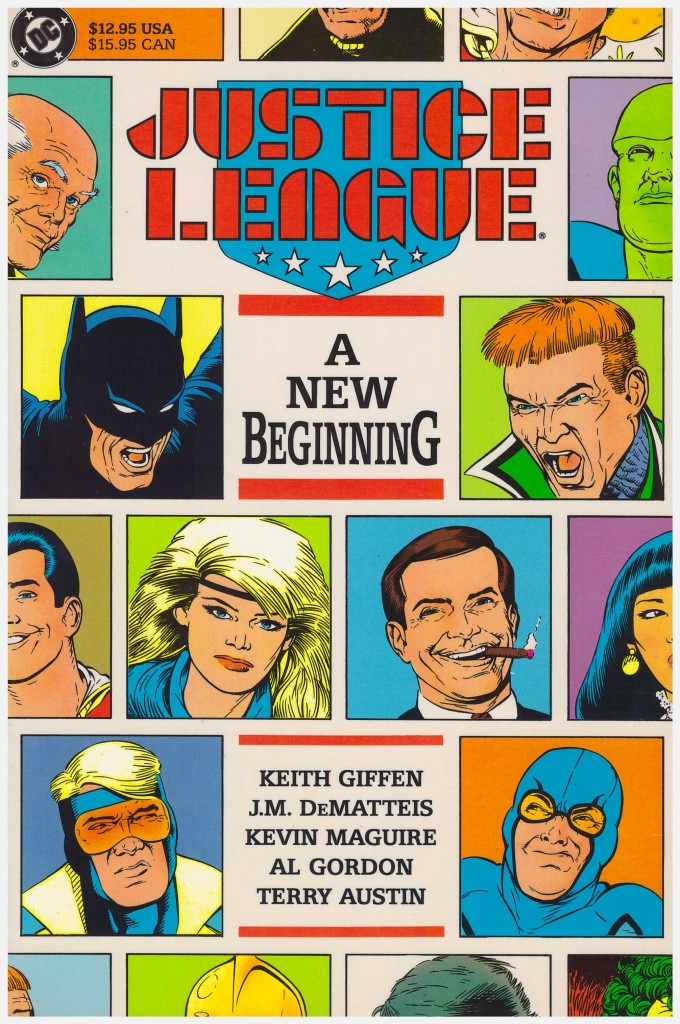 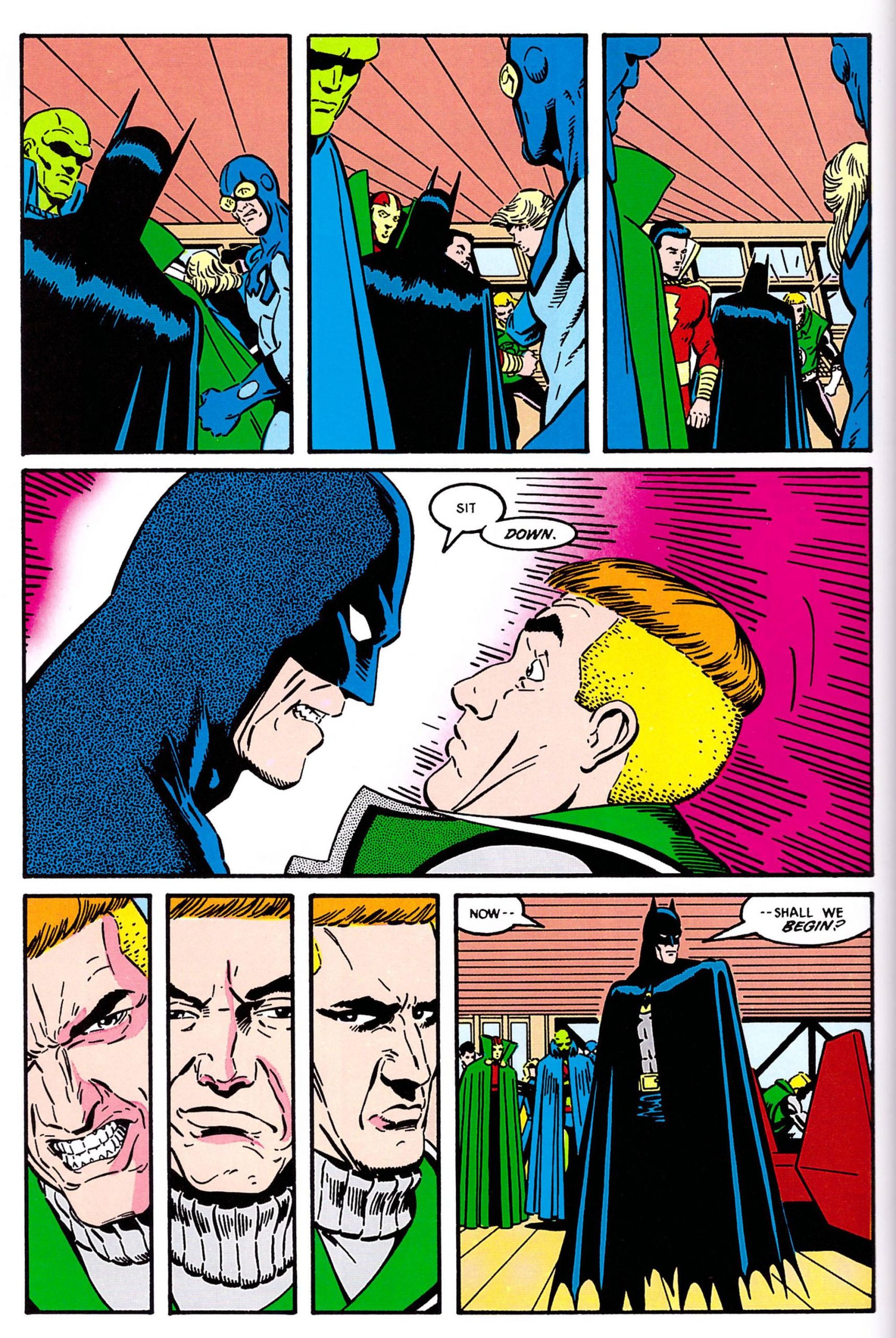 The original Justice League of America as reprinted in Archive and Showcase editions was state of the art when introduced in 1959, uniting DC’s first rank superheroes in a single crime-fighting unit. By 1986 it was no longer fit for purpose, packed with third-string characters and presenting mediocre material. Drastic change was needed, and what resulted was a brave move that paid off.

Between them editor Andy Helfer and plotter Keith Giffen reconfigured the Justice League from the ground up, introducing a new team during a crossover event, Legends. Their concept was a bickering crew of heroes whose personalities bounced off each other. While superhero threats were present, this new Justice League thrived on internal conflict, and the villains were secondary to character interaction. Despite masterminding the plots, Giffen lacked confidence to provide the dialogue, so J.M. DeMatteis joined the team.

On the face of it this was an odd choice. DeMatteis’ own writing was cerebral, spiritual and extremely verbose, but he proved a hitherto unsuspected talent for whip-smart, TV style comedy banter. The scripts sparkled. And so did the art. Previously unknown artist Kevin Maguire was employed in Marvel’s production department, and seeing his samples was enough to convince established inker Terry Austin to sign up for the first issue, although Al Gordon completed the creative team in the long run.

Maguire was ideally suited to the material, supplying expressions and postures that characterised the team. Surly Green Lantern Guy Gardner is given a pudding bowl haircut to match the Moe Howard aspects of his personality, Captain Marvel possesses a perpetual befuddled expression reflecting the naivety of a child in an adult’s body, and the likes of Mister Miracle’s mask is an expressive face. He even manages to characterise Doctor Fate via small vision slits in his distinctive gold helmet. Martian Manhunter, nominally in charge, is calm and long-suffering, Blue Beetle and Booster Gold continually up to something, and Batman has no truck with the whimsical natures of his team-mates. As far as  female characters are concerned, though, characterisation lapses in this volume. While portrayed as capable, Doctor Light is barely seen, and Black Canary makes up the numbers. Positive female representation improves from volume three with the addition of Fire and Ice.

One tactic that works extremely well is contrasting the Justice League with a non-powered supporting cast. Slimy businessman Maxwell Lord’s motives are initially suspect, and the sardonic Oberon managed Mister Miracle’s career for years, so isn’t intimidated by superheroes. Also in this volume is Rumaan Harjavti, unctuous and cruel ruler of Middle-Eastern state Bialya, who’d recur.

Possibly because the approach flies in the face of the grim and gruesome obsessions of the day, Justice League International remains very entertaining. Humour is paramount, but the threats are viable: Terrorists with advanced technology at the United Nations, the Gray Man, a rogue agent collecting dream essence, a deadly machine intelligence and the embittered superheroes of a destroyed world. Best joke? A sustained personality transformation.

An earlier printing of the same material was titled Justice League: A New Beginning. If you feel this is a series you’d enjoy give some consideration to heading straight for the Justice League International Omnibus, not least because it contains all six volumes of this incarnation, plus continuing content equal to two further volumes. 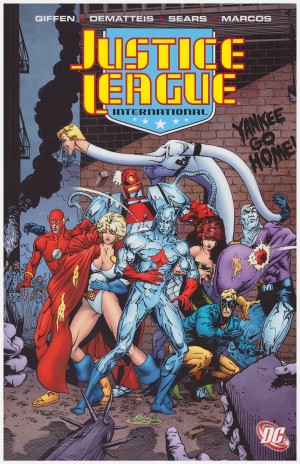