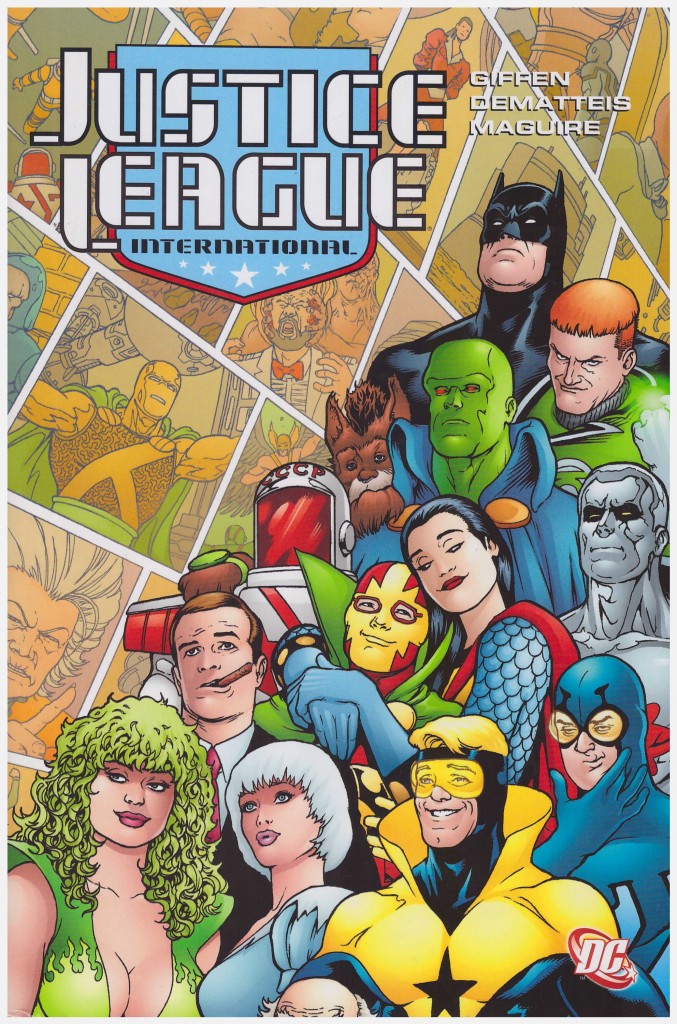 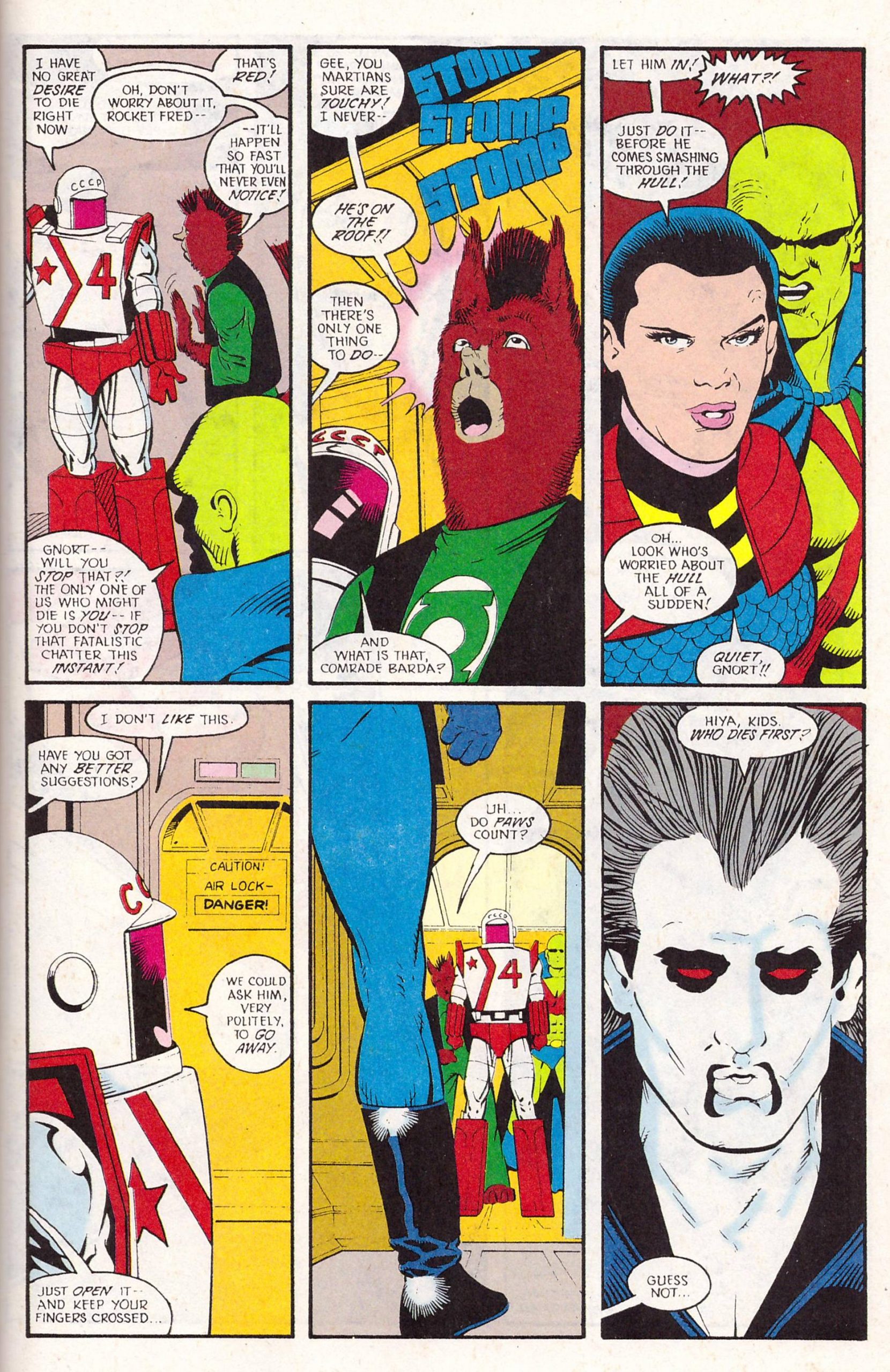 In this third volume Keith Giffen freshens the Justice League cast with several characters who’d see the series out. Gone are more serious components such as Black Canary and Doctor Fate, and in come Brazilian supermodel Fire, able to breathe green flame, shy Scandinavian Goddess Ice, inept Green Lantern G’Nort, a humanised dog, and sarcastically sycophantic robot L-Ron. He starts the book as major domo for alien invader Manga Khan, and transfers to Earth to carry out the same duties for Maxwell Lord. There’s also the return of Hawkman, a character not given to humorous asides and pranks. “He’s a blowhard” is Oberon’s snap judgement. “Yeah, but he’s a classic blowhard”, replies Booster Gold.

Khan is an intergalactic importer/exporter, given to pompous self-obsession, and arrives on Earth for a particular resource with which he aims to open trading status with Apokalips, the grimmest planet in the universe. It enables scripter J.M. DeMatteis to indulge in florid Silver Surfer-style dialogue. This sequence is well drawn by Steve Leialoha, but in his own style, not supplying the distinctive facial expressions utilised by regular artist Kevin Maguire.

Maguire and Ty Templeton pencil the remainder, which prioritises two plots. Batman is determined to deal with matters in the rogue state of Bialya occupying half the team, while the remainder travel to Apokalips. Midway through the book a joke that’s been sustained since midway through Volume One is rectified with equally funny consequences, and the laugh level is set high throughout.

The final chapter ties in with another crossover, Invasion, and provides the chance for Maguire to draw Wonder Woman, which is an appealing combination.

As with the previous volumes, this is not for those whose preference is for grim, humourless heroes, but it should remain fresh for anyone looking for some laughs along with their superheroics.