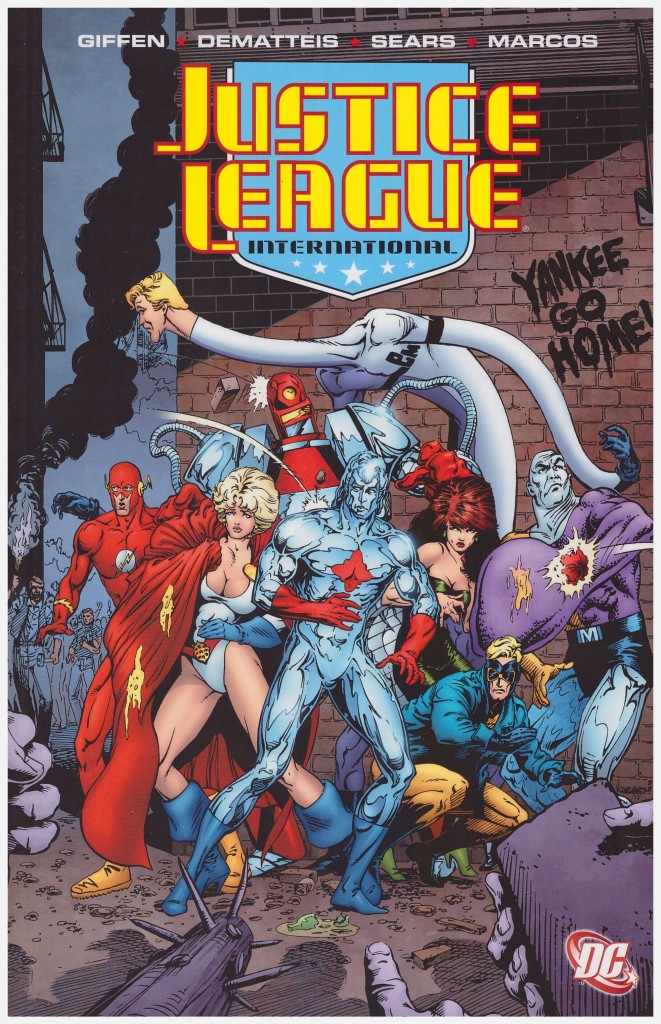 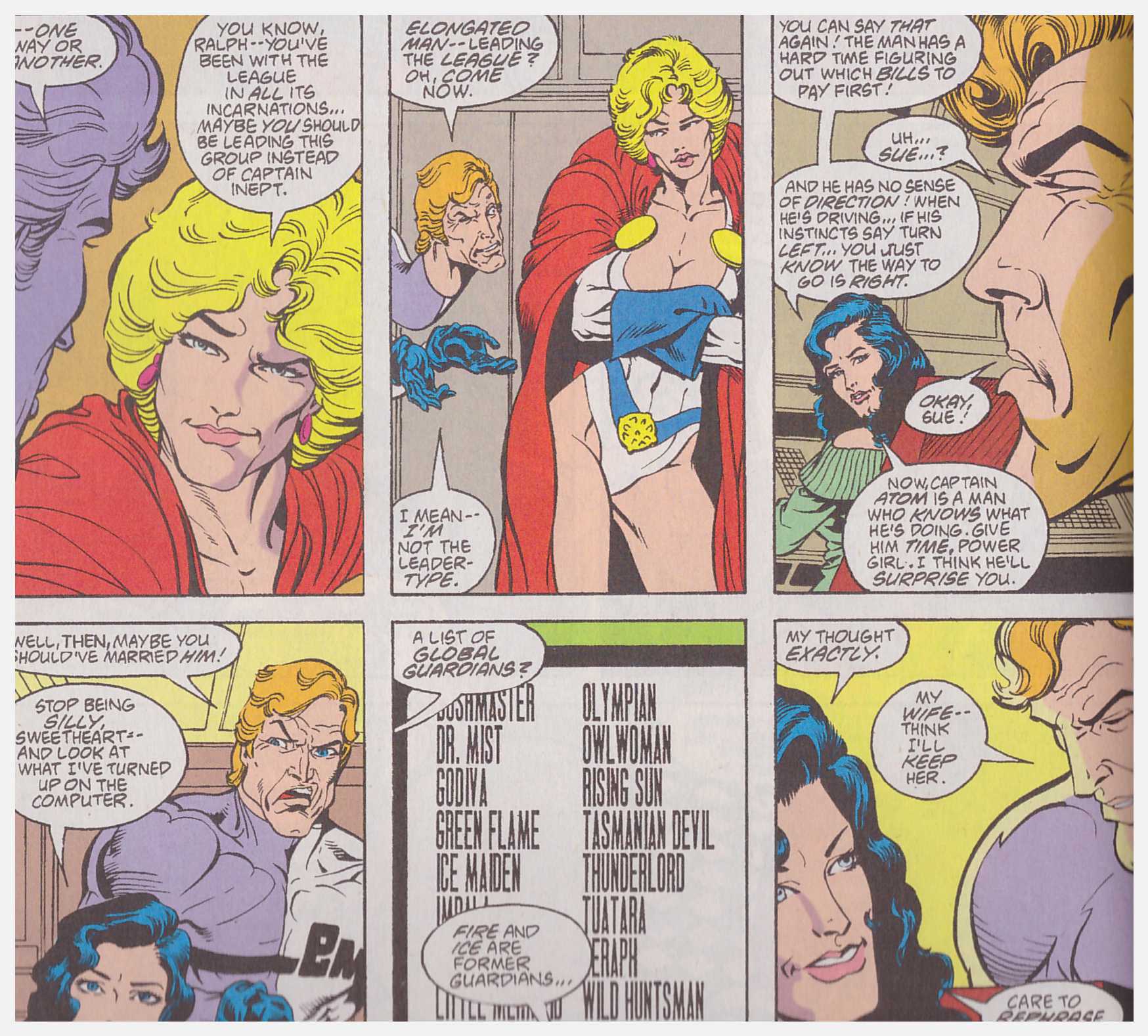 The Justice League was in desperate need of repair when re-launched in 1987. Keith Giffen and J.M. DeMatteis revitalised an old formula by injecting humour. These Justice Leaguers still handled world-threatening menaces, but spent an equal amount of time bickering with or laughing at each other. It proved an enormously popular concoction, and within two years spawned a second title: Justice League Europe.

With the Justice League financed by the United Nations they had embassies located across the globe, many visited in this book, so it made sense to station a permanent team in Europe. Recruited in volume four, editorially the team were selected for their comic potential and inability to rub along. There was the added comedy element of cultural misunderstandings induced by settling the team in France, where their predecessors the Global Guardians were universally loved and admired. One entire chapter is given over to the Justice League attempting to learn French after a series of public relations disasters.

Giffen and DeMatteis applied the same successful formula, but the Justice League Europe material doesn’t match that of the US based team, with the problem being pencil artist Bart Sears. Then just starting out, his grasp of anatomy was suspect, and he squashed his cast into panels rather than giving them room to breathe. His steroid-infused characters have exaggerated features, and there’s not a hint of subtlety about his work.

Six Justice League Europe chapters are bookended by what was originally published as two annuals, these featuring the regular cast. In the opener the Joker agrees to kill the Justice League for deposed Bialyan dictator Rumaan Harjavti, but their barbecue equipment proves more troublesome than his assassination attempts. Known primarily for his imaginative writing these days, it’s largely forgotten what an appealing superhero artist Bill Willingham once was. Also very good is Mike McKone, as the Justice League visit their new embassies around the world. There’s an element of national stereotyping here, but it’s very funny, and Blue Beetle visiting the South Pacific embassy is well followed-up in volume six.

The book closes with a largely humour-free and slight chapter concerning the death of a colleague from the days when the Martian Manhunter maintained an identity as a Denver police detective. It’s drawn in a loose, scratchy style by Tim Gula.

The writing is as entertaining as ever, so, overall, the level of enjoyment to be had from this volume largely depends on the appeal of Bart Sears’ art to the reader. The Justice League International Omnibus reprints all six volumes of this series, plus further content equivalent to roughly two more books not otherwise available in graphic novel form. 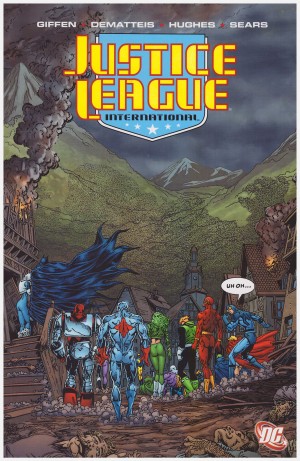