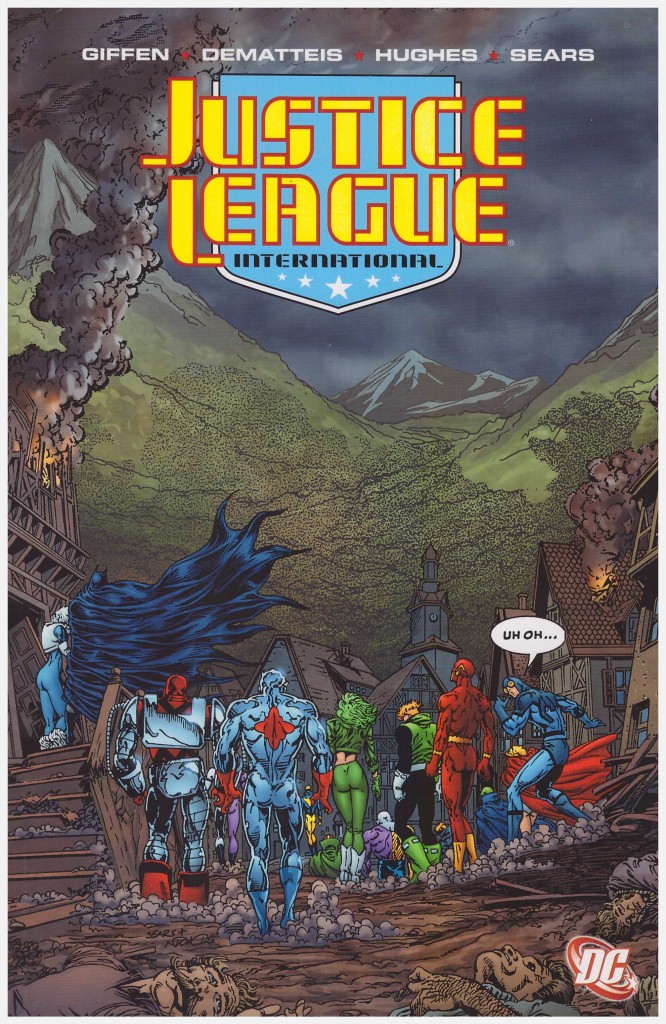 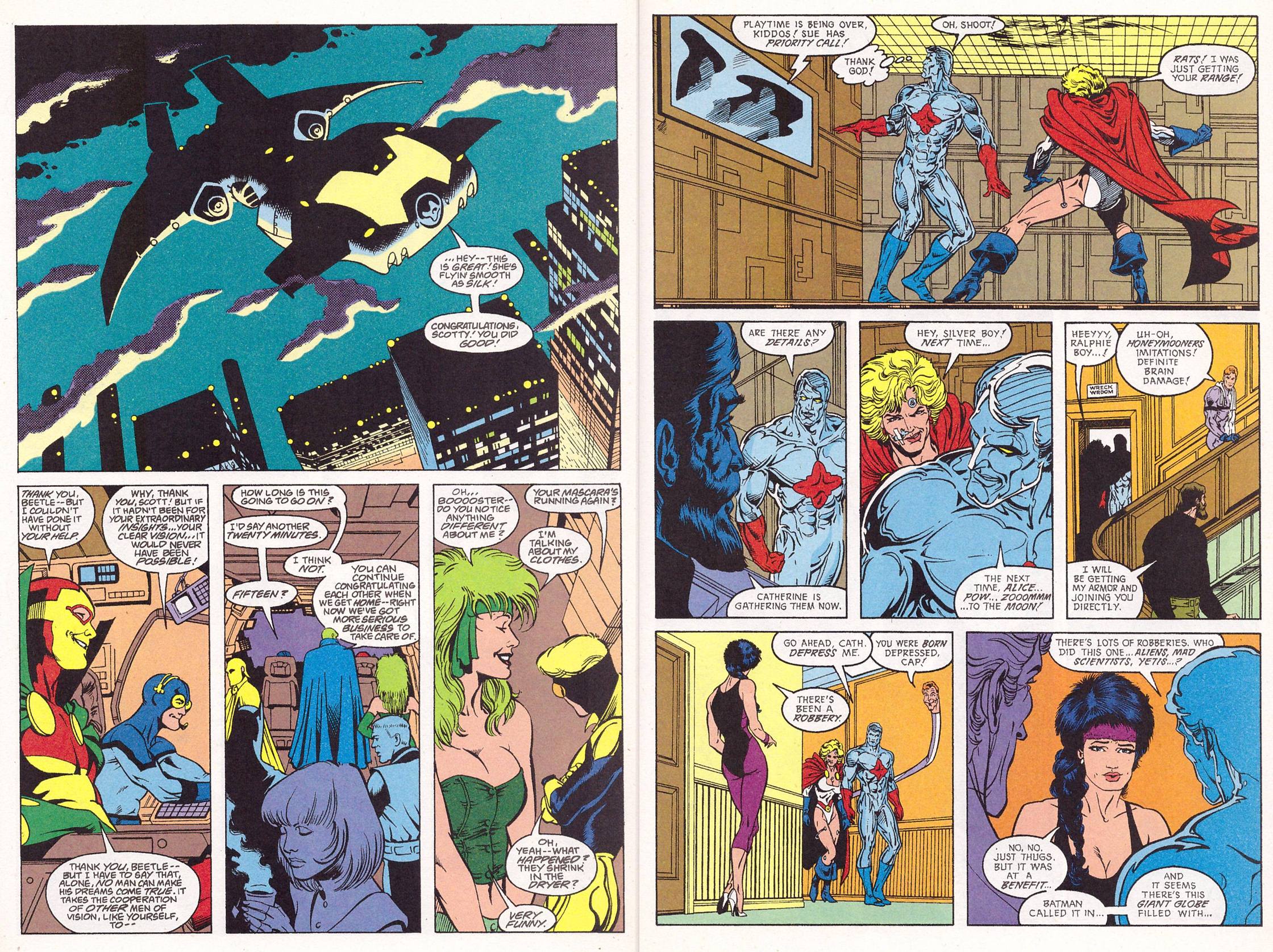 This is a meaty book gathering ten late 1980s Justice League stories, and beginning with a crossover uniting the American-based team with their European-based colleagues. In typical capricious fashion, it opens with Doctor Fate, missing in action for some while, returning to duty, but now a woman. The problem requiring the attention of both teams is an outbreak of vampirism in the Balkans, guest starring the Spectre. Keith Giffen plots, and J.M. DeMatteis provides dialogue, but after a hilarious opening chapter this is darker than their usual material.

The buddy teaming of Blue Beetle and Booster Gold reached its epic best with their scheme to transform the Justice League’s South Pacific base into a casino resort named Club JLI. In a story beautifully illustrated by Adam Hughes, the Injustice League return, Aquaman makes his first appearance in the title, Green Lantern engineering genius Killowog is an unknowing patsy and there are some fine Guy Gardner sequences. That section is a gem.

Much of the remainder, though, adopts an uncharacteristically downbeat tone for the series, what with a character at death’s door, another desperate to see their family, and Maxwell Lord taking the first steps along the way to what he’d become. There’s also the new French heroine the Crimson Fox.

After the crossover William Messner-Loebs replaces DeMatteis as scripter of the Europe segments to no discernible detriment. The problem with those is artist Bart Sears, whose blocky distorted people and extreme-close-ups of grimacing people provide plain ugly pages. Power Girl is supposed to be glamorous, a total heartbreaker, yet she’s gruesome here as Sears gives all his women constant scowls and massive chins. He particularly suffers in comparison with Hughes.

The series apparently concluded rather abruptly (and mid-story) with this volume. A seventh collection was advertised, but never published, DC instead having contempt for fans by discontinuing the series then instead publishing expensive Omnibus reprints. This content is found in the second. A 21st century revival produced Formerly Known as the Justice League and I Can’t Believe it’s not the Justice League, reuniting Giffen, DeMatteis and original series artist Kevin Maguire.