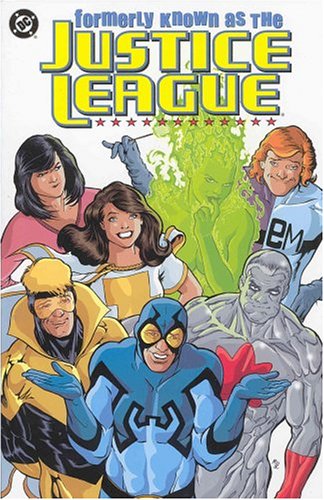 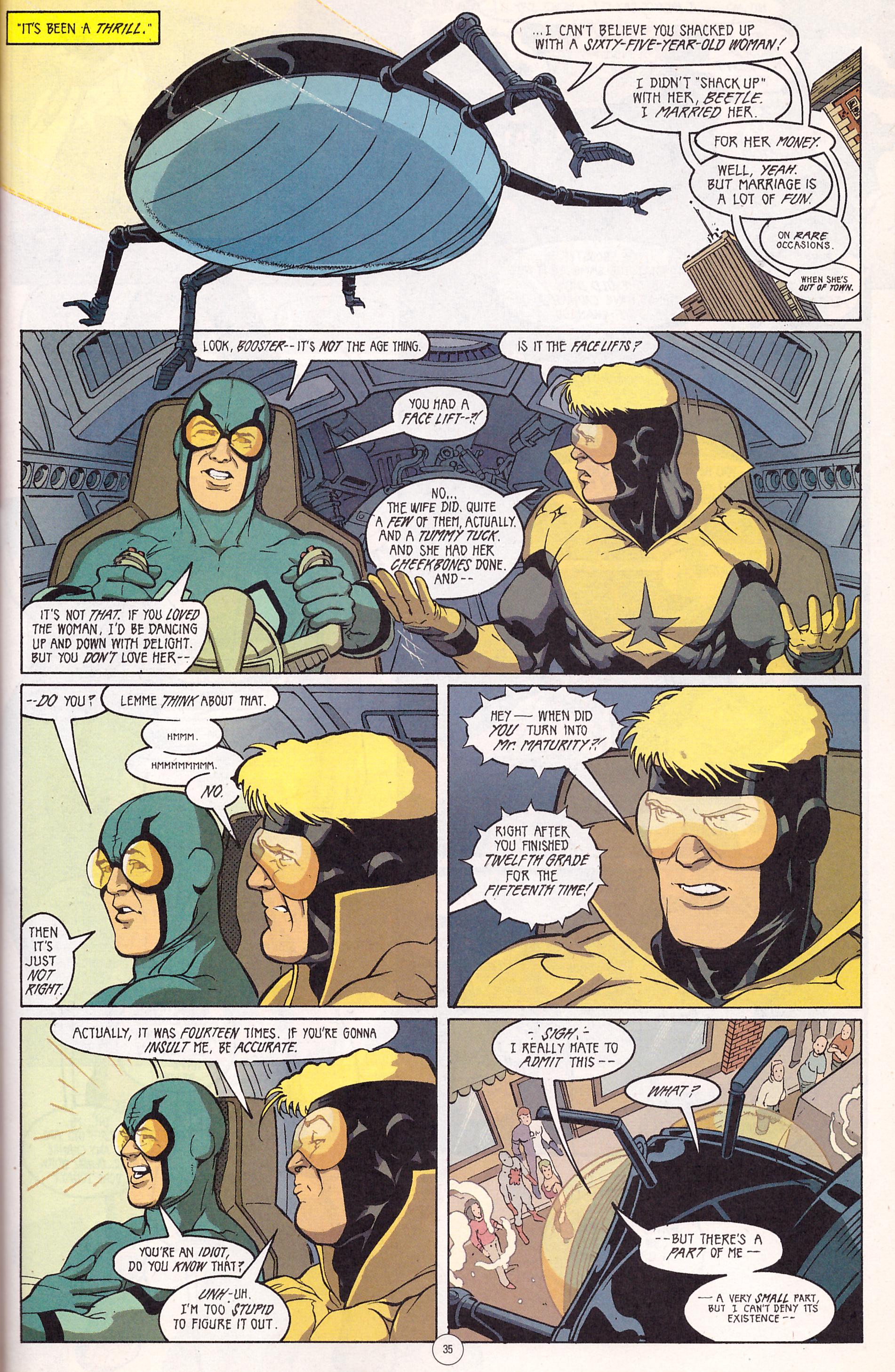 Almost ten years had passed since Keith Giffen and J.M. DeMatteis’ concluded their successful comedy adventure version of the Justice League, so for many fans this revival with original artist Kevin Maguire was very welcome.

Times had changed for superhero comics, and sitcom treatments of the company’s big names were no longer on the agenda, but Giffen and DeMatteis gathered key members of their earlier shenanigans Blue Beetle, Booster Gold, Fire and Maxwell Lord. They’d also used Captain Atom (frustrated at the lack of professionalism), Sue Dibny (pleasant, organised and efficient), Elongated Man (thin line between charm and irritation), and L-Ron (sarcastic robot), and to the combustible mix they add Mary Marvel as the wholesomely naive innocent. As the cast list indicates, this is before assorted members were savaged in Identity Crisis and Infinite Crisis.

It’s Lord who again brings them together, suggesting an accessible Justice League with a storefront operation. Concerns are overcome by practicalities. Blue Beetle is unfit and overweight, while Booster Gold is married to a woman double his age for access to her money and lifestyle. Ethics was never his strong point. After concerns from neighbourhood residents, the team are co-opted to fight in a gangster’s betting parlour, and Manga Khan pays a visit, the pompous and egotistical would-be master trader in whose service L-Ron learned his particular brand of sarcastic subservience.

Is the magic still there? Yes. It’s a rare case of proving you can go home again. The adventure’s good, and DeMatteis provides comedy gold in the dialogue, not least with a bunch of finely spoken gang thugs. Giffen’s plots are unpredictable, and would work if played straight, and Maguire’s clean layouts and the brilliant expressions he provides for the cast add to the hilarity. Despite being resolutely out of tune with the grim nature of superhero comics it was sold alongside, this was well received and a sequel followed in the form of I Can’t Believe it’s not the Justice League.