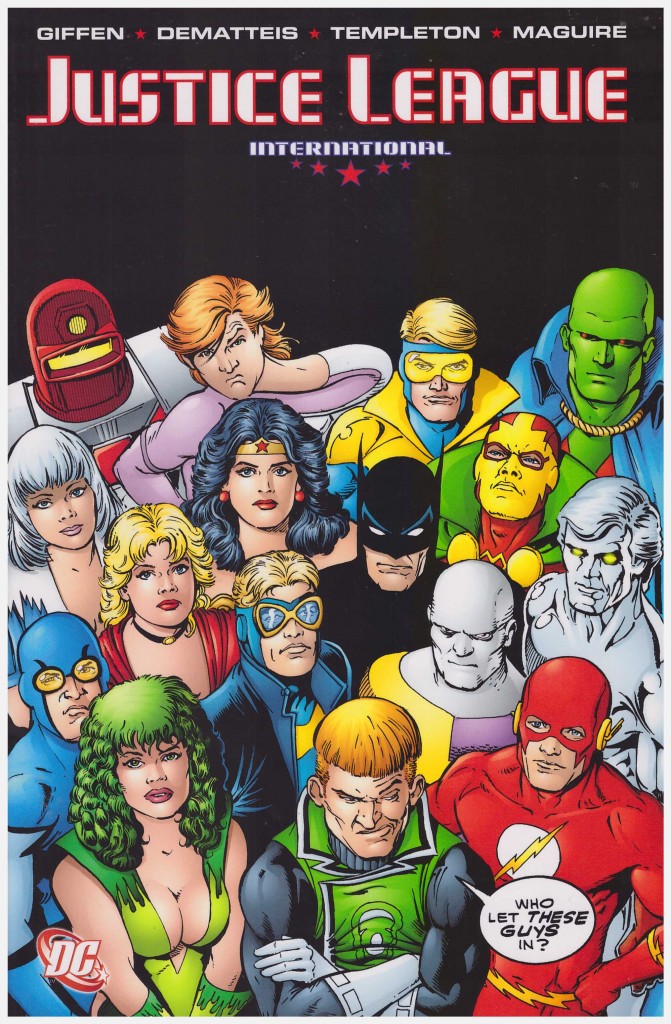 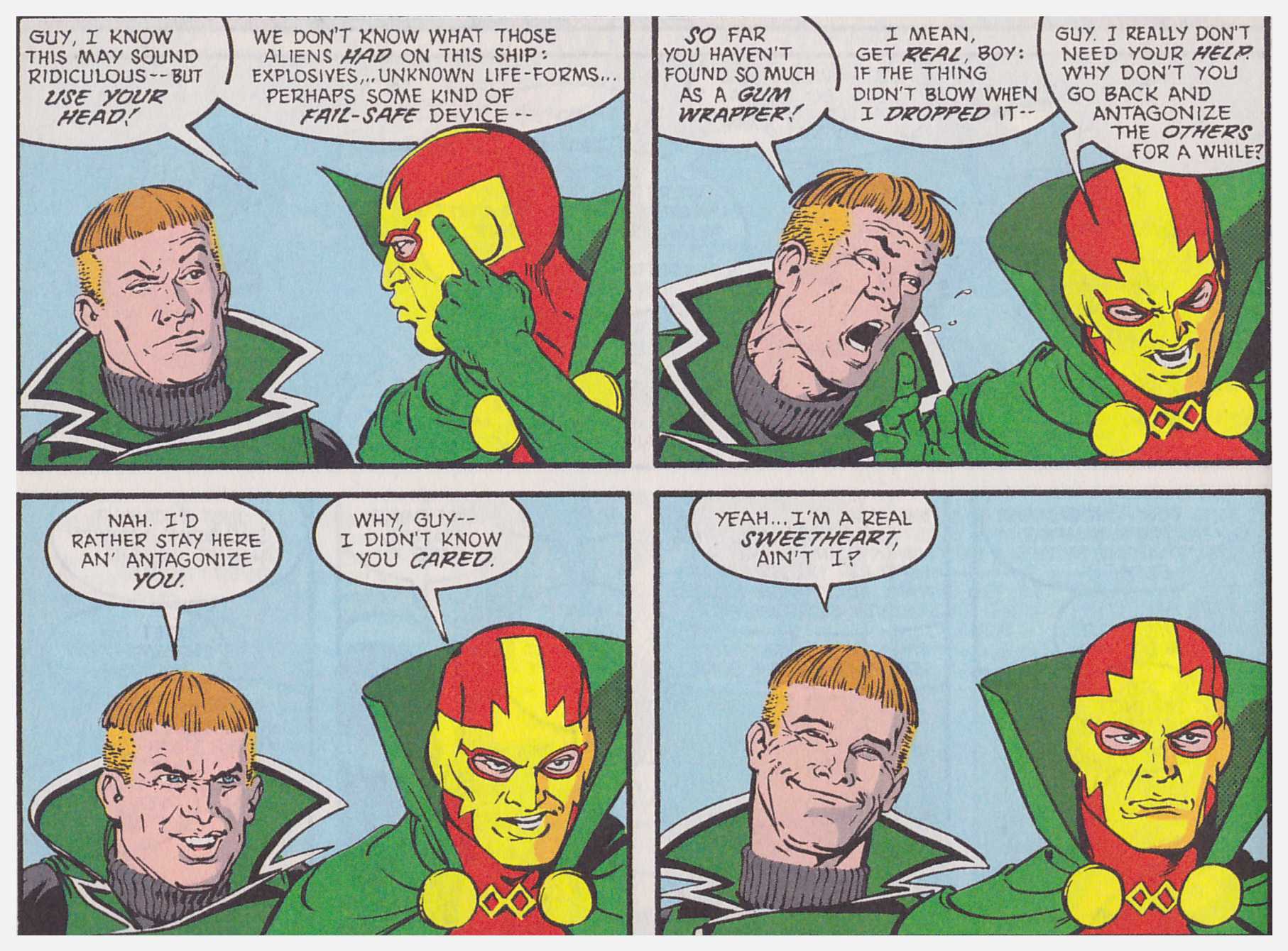 A method in which plotter Keith Giffen successfully illuminates the Justice League is via bathos, specifically the contrast between their collective might, and the cases in which they become involved. This volume begins with the team on clean-up detail following a successfully repelled alien invasion, and descends into a farcical encounter with a group of tenth-rate villains attempting to salvage alien technology. Calling themselves the Injustice Society (at least until threatened with copyright infringement), each has a psychological quirk comically exploited.

There is a broad sweep of genre material represented, with Blue Beetle involved in most of it, from what begins as a comedy excursion into the sewers to a murderous rampage. Unusually, some of this is treated without a laugh to be had, yet still works in context. There’s a deep glimpse within Ted Kord’s mind, reminding everyone that Blue Beetle is considerably resourceful, not just comedy relief. We also see Guy Gardner’s idea of a date, a recruitment drive for other heroes, and just what happens when an ordinary street thug acquires weaponry from dreaded Apokalips technology.

A further light is shone on Maxwell Lord here, as it once again begins to appear that his methods, if not his agenda, are less than gleaming. It’s on display when it comes to soliciting new members for the Justice League to occupy their global embassies, in a chapter displaying J.M. DeMatteis’ facility for comic dialogue. Artist Kevin Maguire is at his expressive best here, particularly a sequence in which a number of heroes are interviewed by Lord. Sadly, though, this volume is a farewell to the artist who defined the series. Maguire would return after the millennium for Formerly Known as the Justice League and I Can’t Believe it’s not the Justice League.

The remaining art is shared between a number of pencillers on individual chapters, with the only newcomer being Mike McKone, whose detailed and character driven work fits right in. There are welcome returns for Ty Templeton and Bill Willingham.

This volume is included with the other five in the Justice League International Omnibus, which includes further content equivalent to roughly two more books not otherwise available in graphic novel form.