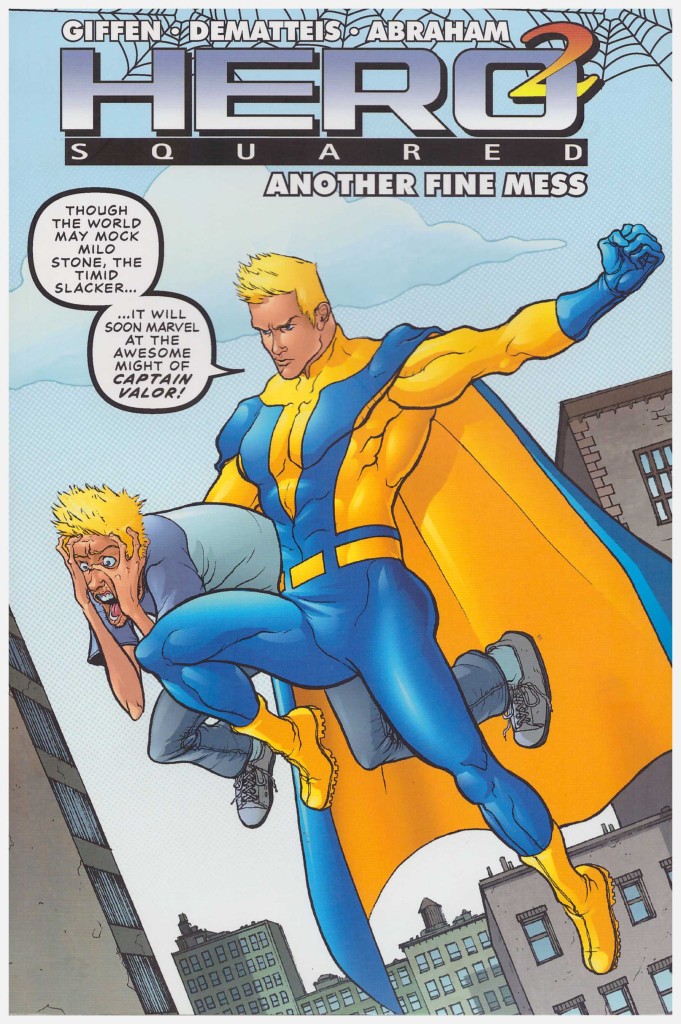 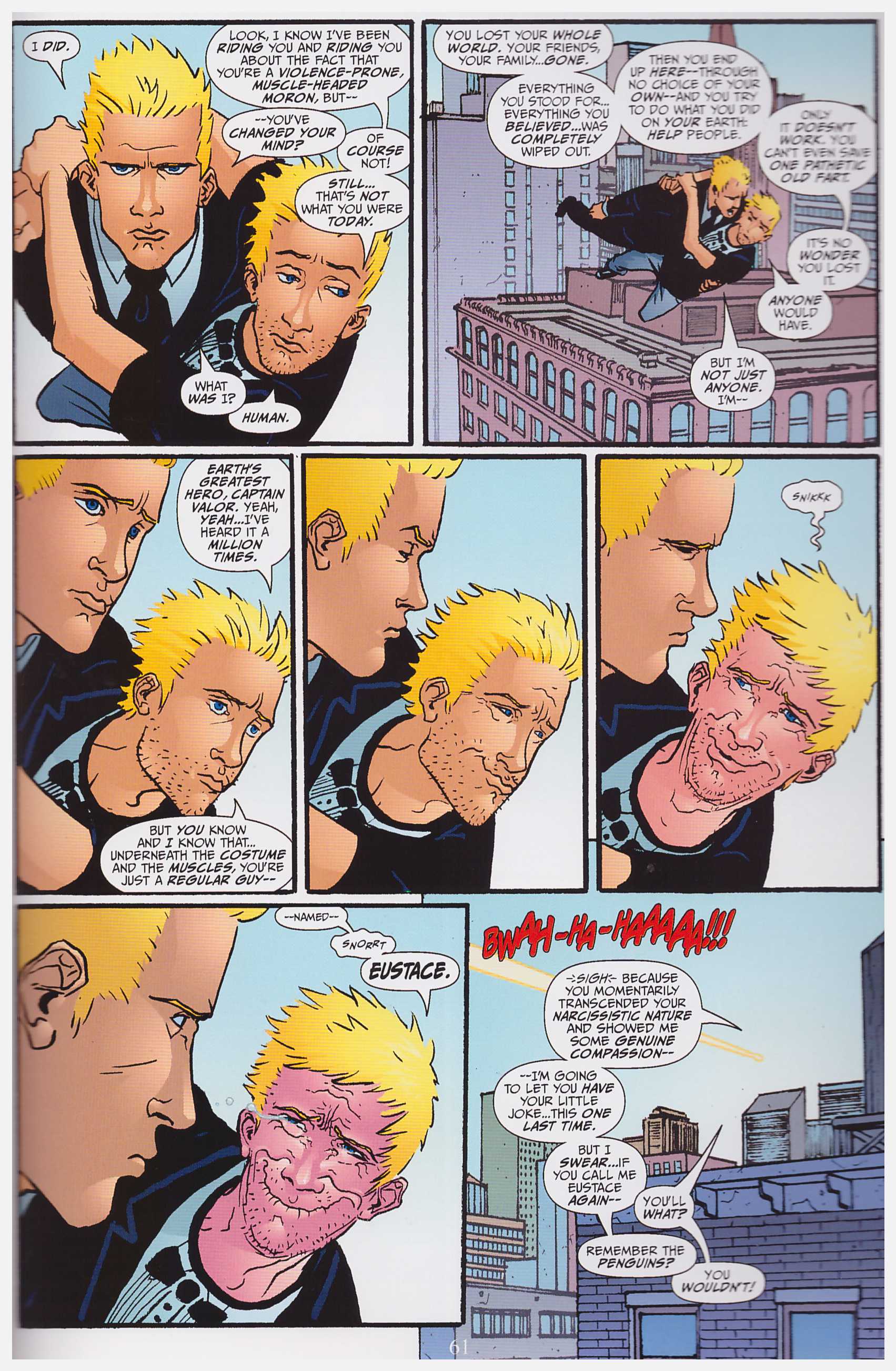 While it doesn’t specifically refer to him, the fine mess of the title could be Milo. Always taking the easy way out, letting people down and making excuses, in the opening volume he discovered his other-dimensional counterpart was a superhero. And not just any superhero, the prime slab of beefcake known as Captain Valor, and when Captain Valor’s universe was destroyed he arrived on Earth to rub Milo’s deficiencies in his face by his very presence.

Captain Valor, however, has his secrets, one of which is that on his world he so alienated his girlfriend that she became his arch-enemy, the rampaging engine of destruction, Caliginous. She’s now turned up on Milo’s world, so not only does he have to cope with his own other-dimensional counterpart, there’s also the alternate version of his girlfriend. There’s an allure despite her career as a megalomaniacal spirit of vengeance.

In the opening volume there was some shaky art from Joe Abraham, but the diligence involved in producing regular comics progressed his skills no end. His page layouts were always good (although perhaps provided by Giffen), but there are no problems here with static figures or expressions. Even more so than the opening book Another Fine Mess requires civilians interacting in the real world, and Abraham’s now producing great naturalistic characters and easily switching between comedy and more wistful or tender moments.

There are quite a few of these as Keith Giffen and J.M. DeMatteis continue their sitcom sharp plotting, manoeuvring their four lead characters through a maze of emotional torture. Among the highlights are visits to the therapist, the true origin of Captain Valor and an alternate Captain Valor turning up. There’s a lot to love and laugh at here.

While the closing pages could be read as a conclusion, they don’t actually tie everything up. That’s found in a third collection Love and Death, not drawn by Abraham. Neither is much of Planetary Brigade, a spin-off graphic novel looking at Captain Valor’s former super team. Both can be found along with this in the Hero2 Squared Omnibus, there at trade paperback size rather than this digest edition.