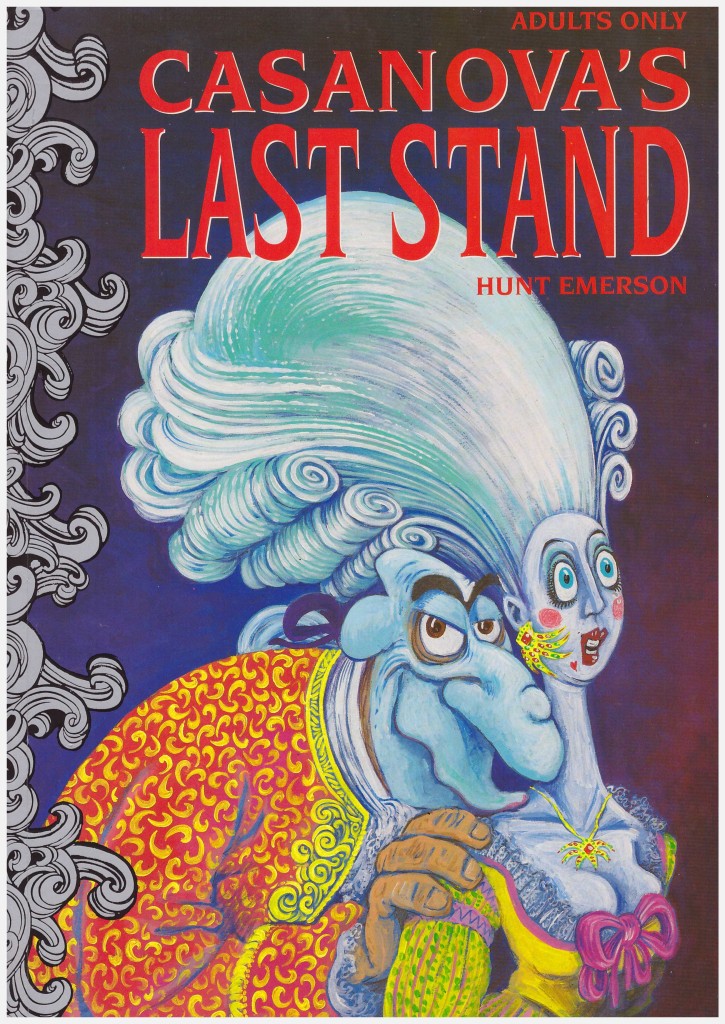 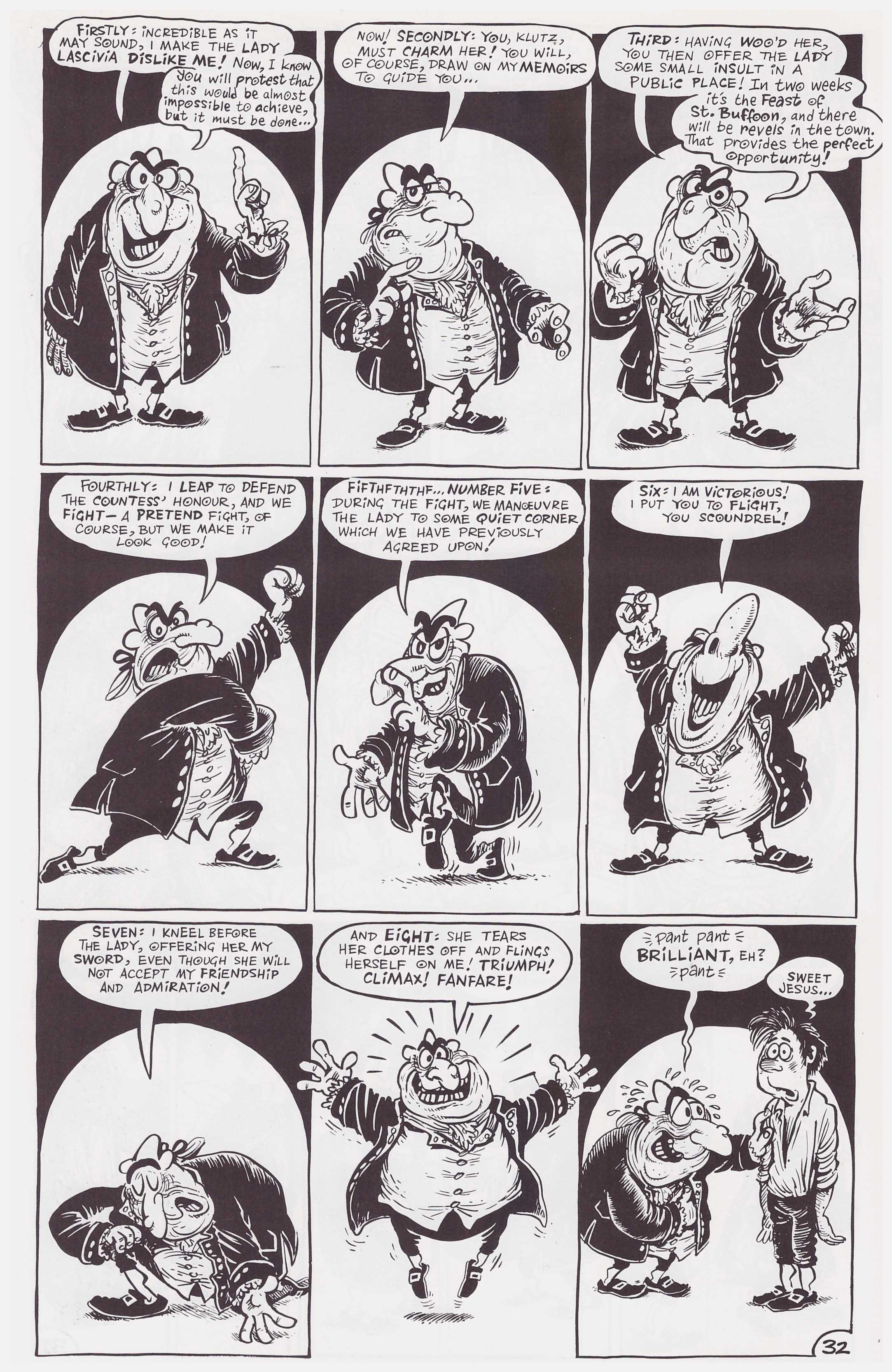 Giacomo Casanova’s fame is sustained through his surname alone, cast largely via his own memoirs as one of history’s greatest libertines, yet far more besides. He’d surely have loved the infamy, yet regretted his wider achievements are forgotten.

Hunt Emerson’s version of Casanova is a magnificently admiring and indulgent portrayal, featuring him toward the end of his life frustrated at both his position as castle librarian in a minor Bavarian principality and the lack of action that’s so sustained him until his declining years. While reminiscing about earlier triumphs he eventually concludes he needs to plot one final campaign, hence the double entendre of the title.

For all the debauchery portrayed, this is a book brimful with charm and good humour. Emerson is on peak form, packing his pages with so many visual gags that you can refer to them time and again and notice something new. One page depicts a butler informing the Duke that the locals have complained about Casanova. The Duke is gnawing at a leg of chicken, yet in true Will Elder Mad Magazine style, with each successive panel the food changes until the Duke is instead chewing on a skull. The light on the wall also transforms with every new panel.

Emerson’s Casanova bears the toll of his dissolute life, an erudite man railing at the idiocy surrounding him in the manner of Kenneth Williams trapped in a Carry On film, but supplied with a remarkably expressive visual characterisation. The sample page is Casanova outlining the ridiculous master plan for his final seduction, and it’s wonderfully communicative, Casanova’s vigour restored at the thought of a conquest. The content is bawdy and salacious, yet Emerson’s portrayal of the younger Casanova is of a man revelling in his achievement and genuinely fond of every woman he recalls, having outlived them all. A magnificent sequence sees him reunited with a servant girl he’d thought lost, and Emerson’s exaggerations of their subsequent process of reunification are an excessive delight. Other couplings are equally vivid and memorable as Emerson portrays Casanova living for the spotlight and performing in most aspects of his life.

There have been very few British cartoonists who can match Emerson’s wild peaks, and Casanova’s Last Stand is among them. The tragedy of Casanova extends to this graphic novel, long out of print and lurking in the bargain sections of bookseller lists rather than a perennial bestseller. It should be noted that beyond featuring some of the same characters, this bears no relation to the 2005 Canadian film of the same title.