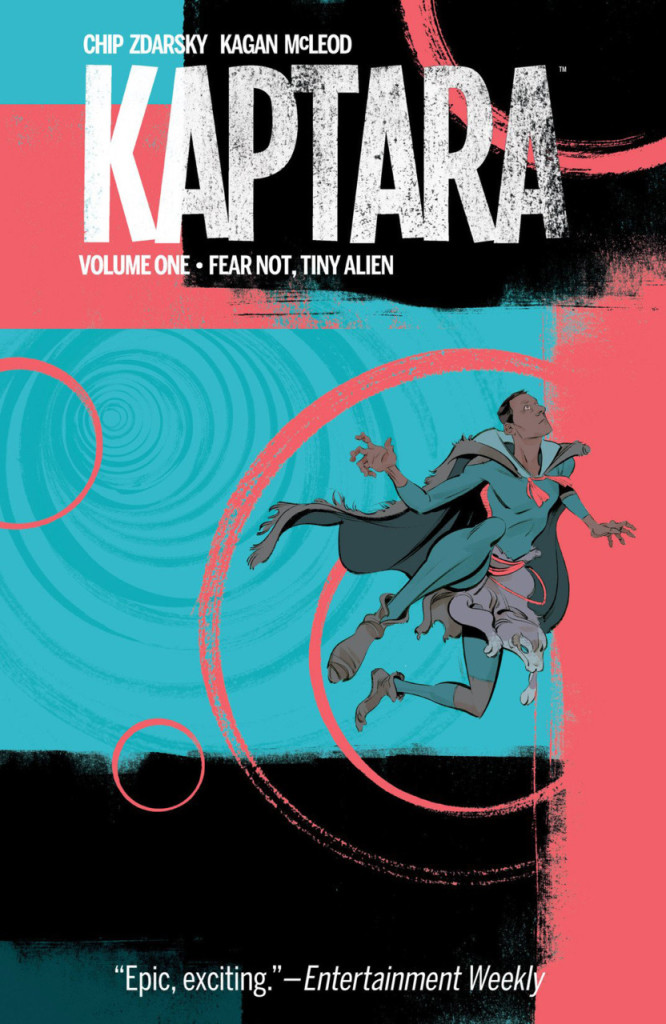 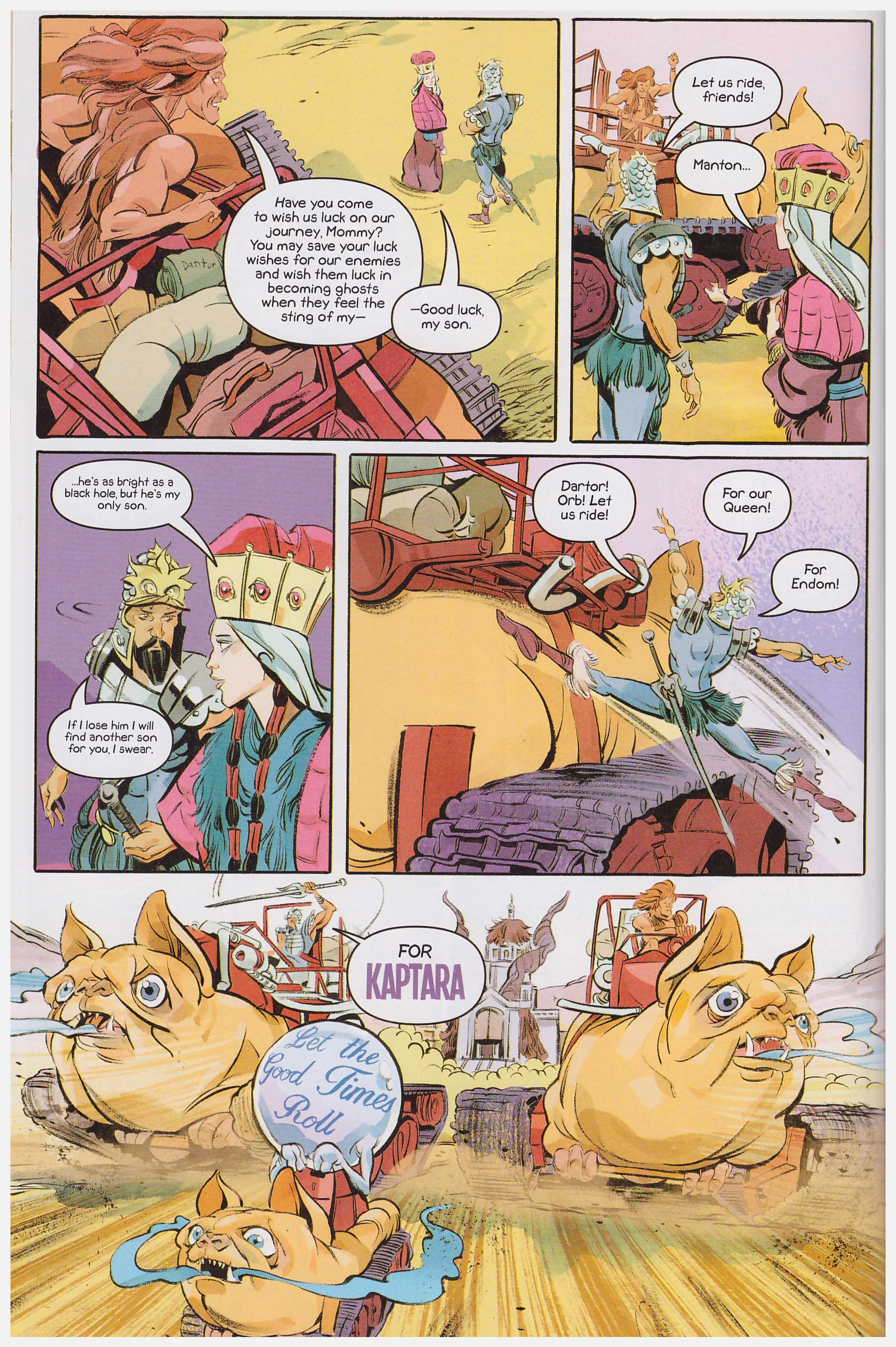 The stranger in a strange land, such a staple of all fiction, is given a thorough science fantasy reworking in Kaptara. You’ll find out how he arrives, but the real plot begins with Keith Kanga, a gay engineer who’s inveigled himself on a space mission, appearing to be the sole survivor when he crash lands on an alien planet. It’s colonised, thankfully with relatively benign humanoids, ready to lend a helping hand to Keith as he checks whether any other crew members have survived, and starts figuring a way back to Earth. Except he’s got nothing to go back for, couldn’t really care if Skullthor has Earth in his sights and while he’s surrounded with hunky battle instructors why should he?

There are plenty of laughs to be had within Chip Zdarksy’s twisting of the Masters of the Universe cartoons from his childhood, but they’re all pretty obvious, camp 101. It’s like watching Julian Clary in one of his acting roles in which substandard thespian skills were combined with knowing comments to the audience. And like Julian Clary acting (as opposed to his fine stand-up turns) it rapidly loses its pull. Glib comments can only compensate for so many limited plots with a cast of stereotypes. We have the boastful warrior, the strong and silent warrior, the addled wizard, the wicked queen skulking in her castle etc, although the ridiculous motivational orb is both unusual and well worked into the plots.

Oddly, though, either this stuff really comes easy to Zdarksy, or he’s invested a lot of time and effort into the accumulation of evil in the closing pages. Artist Kagan McLeod produces a spread with dozens of eccentric characters, and they’re all named and classified in a bonus feature.

McLeod is impressive. The script may have required giant pigs on tank tracks or a horse with human features, but his designs are belters, the latter complete with one of those Hulk Hogan style bald on top, yet long on the sides hairdos. His cartooning is loose, with barely a straight line to be found in the entire book, resulting in a sense of everyone in motion, and it’s given an animated gloss by the bright colours he and assistant Becka Kinzie employ.

Kaptara, named after the planet Keith lands on, is going to have to move forward and add some depth if its to live up to back cover promotional quotes.