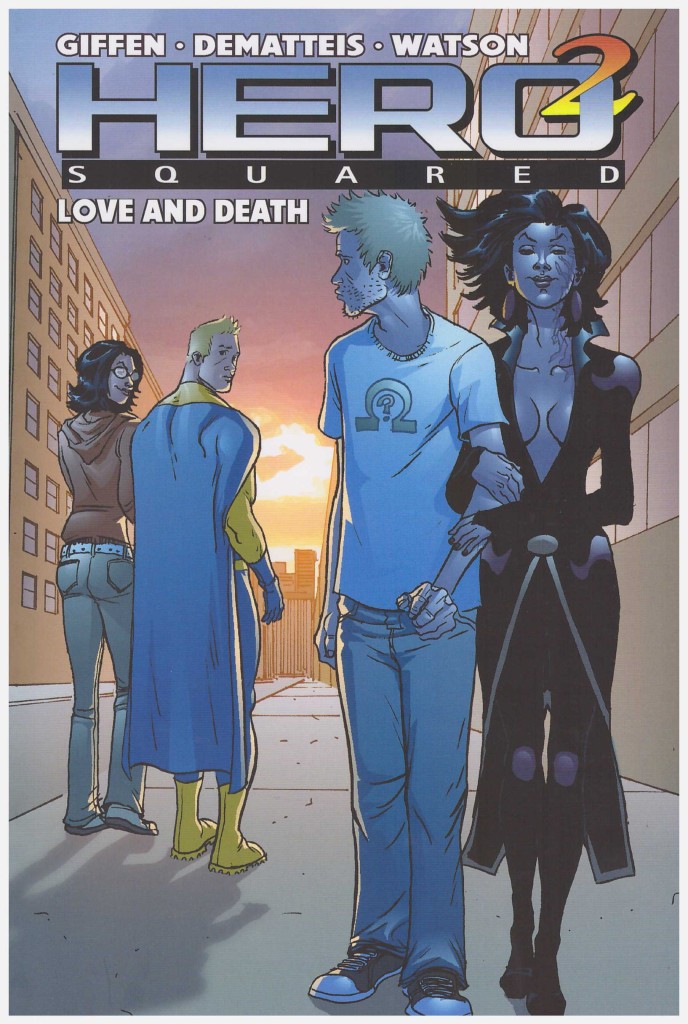 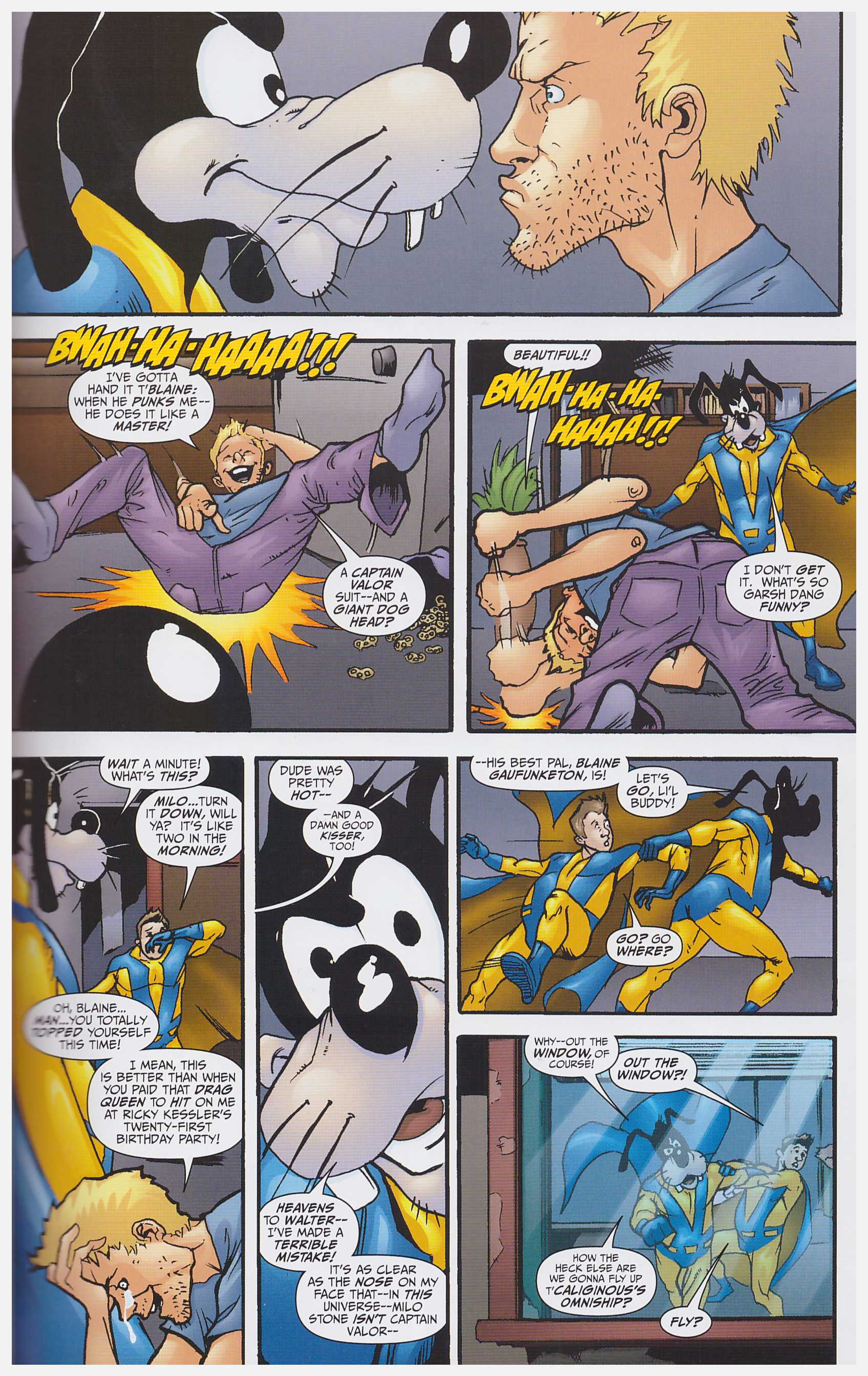 As set up in the previous books, Milo is basically well-intentioned, but idle and unmotivated despite having a wonderful and supportive girlfriend, Stephie, whom he doesn’t respect as he should. In another dimension Milo became Captain Valor, paradigm of righteousness and revered superhero, if given to bouts of pomposity and sanctimoniousness. His relationship with the Stephie of his world also failed, but in cataclysmic fashion, as she became the super villain Caliginous. Both are now on Milo’s world, inordinately complicating his life. Possibly the last thing he needs is another Captain Valor showing up, this one with Goofy’s features.

If anything this improves on the previous books. Writers Keith Giffen and J. M. DeMatteis have set up their scenario, and now proceed to wring the pathos from it, starting with a collective therapy session. It’s very cleverly written. Funny, yes, as expected, but also providing often surprising insights into the cast. Of course, you have to care about them in the first place for this to work as planned, but that job’s already been done. There’s only one way the visit to the therapist is going to end, and it leads to the finale.

Joe Abraham, the artist to this point, has moved elsewhere, so it’s Nathan Watson who completes the saga. He’s very good, ensuring consistency with the previous books by matching the layouts and mood, but is a little weaker when it comes to conveying the various personalities.

Hero Squared seemed to sink on publication, possibly due to not enough people realising the creators responsible for the Justice League series they loved in the late 1980s had produced their best collaboration since that time. Hero Squared is funny, touching and memorable and well worth your while. Why not just go for the entire series in the Hero2 Squared Omnibus? This is digest sized. That isn’t. 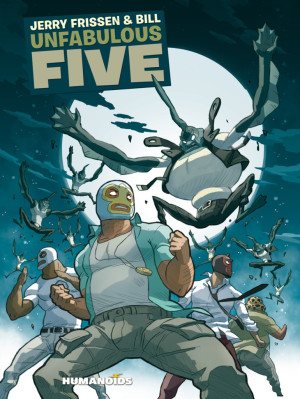