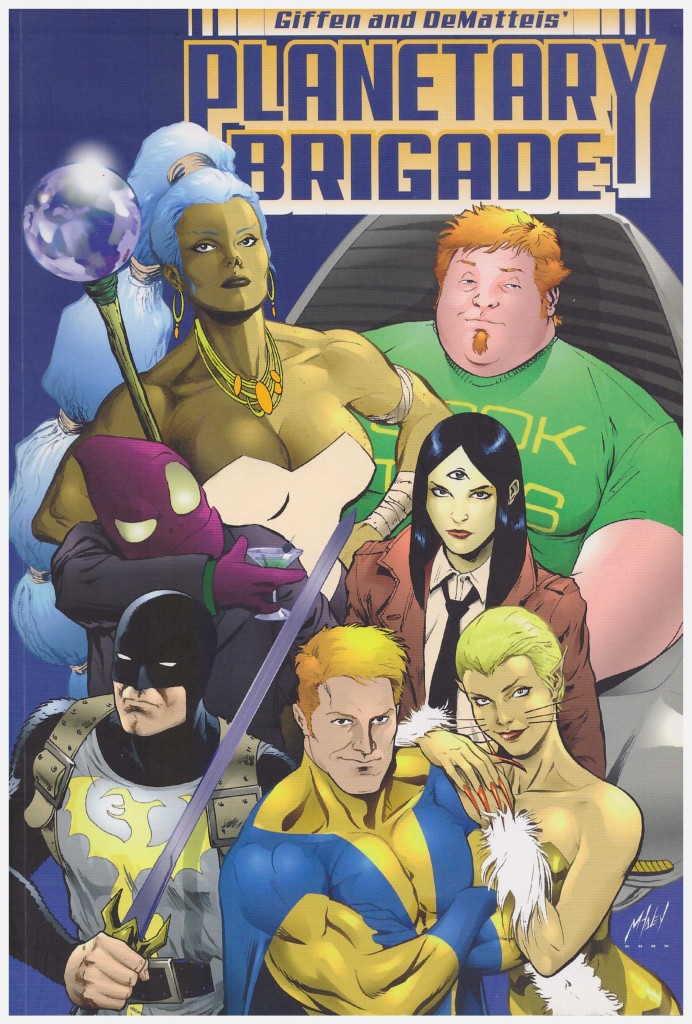 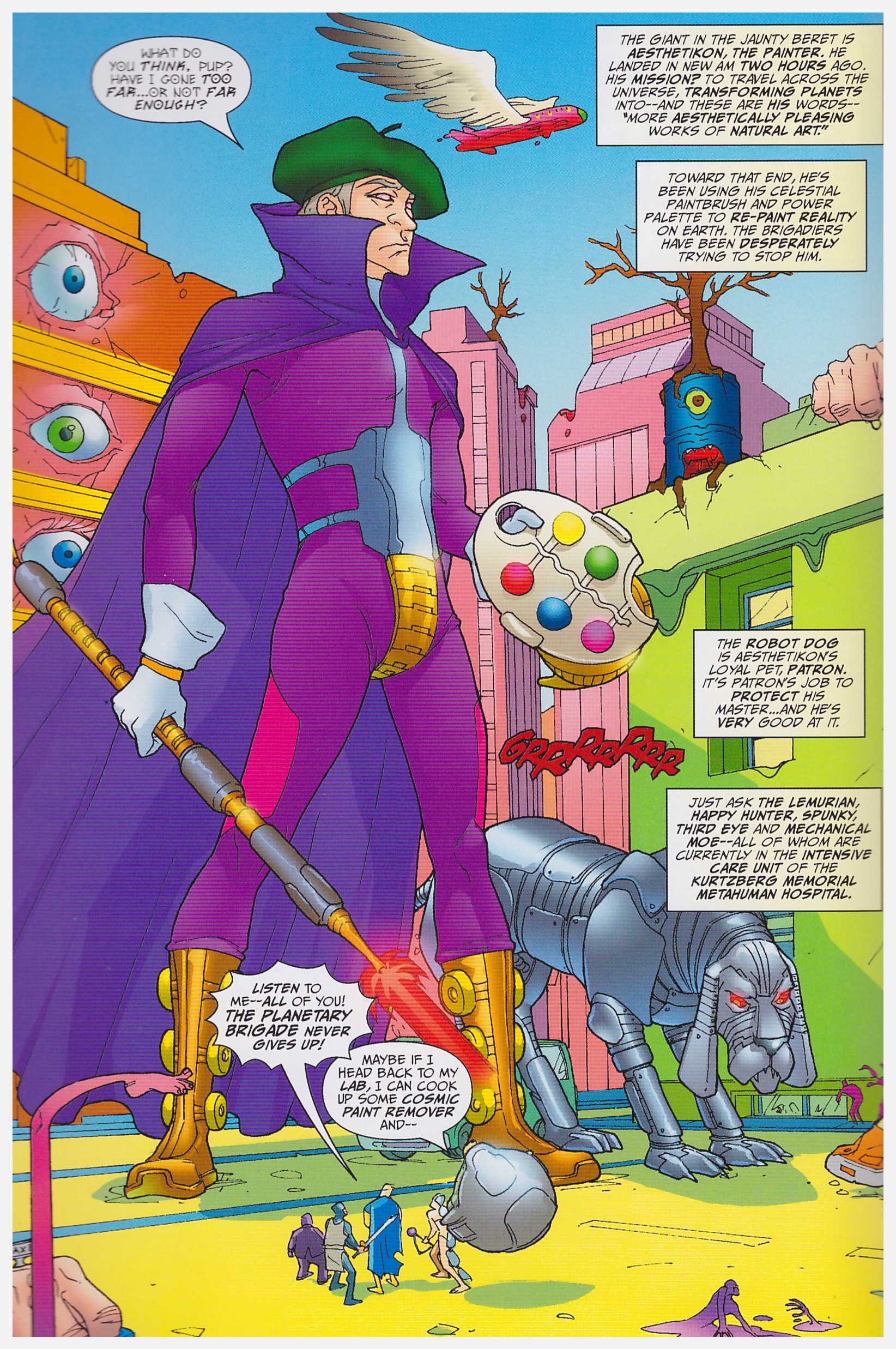 The writing team of Keith Giffen and J.M. DeMatteis have sparkling form for superhero comedy material, with their late 1980s Justice League International series remaining a genre highpoint. Sadly, the same doesn’t apply to Planetary Brigade, despite the writers recycling many of the elements that ensured their Justice League was so memorable.

As introduced in Hero2, Captain Valor is a pompous and priggish superhero with near infinite power. What prevented him from being a limited joke in that graphic novel was contrasting him with his otherworldly counterpart who was never endowed with super powers. With that aspect removed in Planetary Brigade, almost all his charm also evaporates. Sadly, there’s no compensation from his one note colleagues. We have Gloomy Planetary, Grim Planetary, Morbidly Obese Planetary, Prissy Planetary, Slutty Planetary and Stridently Feminist Planetary. Like the glory days of the Justice League, this cast spark off each others’ foibles, but unlike the Justice League they lack an underlying sympathy. They’re introduced as jokes, for half the book react as jokes and interact as jokes, but in a very limited fashion, and when the writers attempt to alter the tone via the world-endangering threat, the groundwork’s not been done to define the cast, so why do we care? That’s particularly apparent in an early story with a very abrupt switch to a tragic conclusion.

That’s not to say Planetary Brigade is entirely lacking in sparkle. DeMatteis’ dialogue has a comedy show veneer, but it can be relentless, and the origin stories in the second half of the book work better than the opening material. There’s finally some sympathy induced for some of the cast, the dialogue is toned down, and Julia Bax (sample page) produces the best art in the book, varying her style for a sequence featuring the Planetary Brigade cartoon show.

Those who love the comedy stylings of Giffen and DeMatteis are going to be difficult to dissuade, but this really is far from their best work. If you’d prefer, it can be found collated with the entire Hero2 Squared story at trade paperback size rather than digest format in the Hero2 Squared Omnibus.