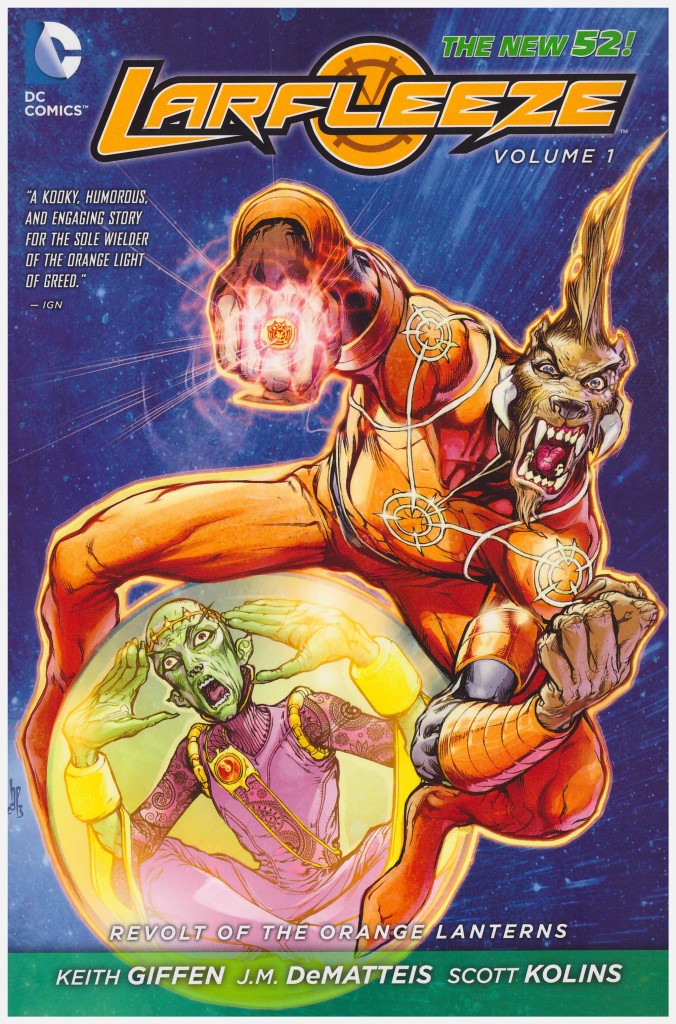 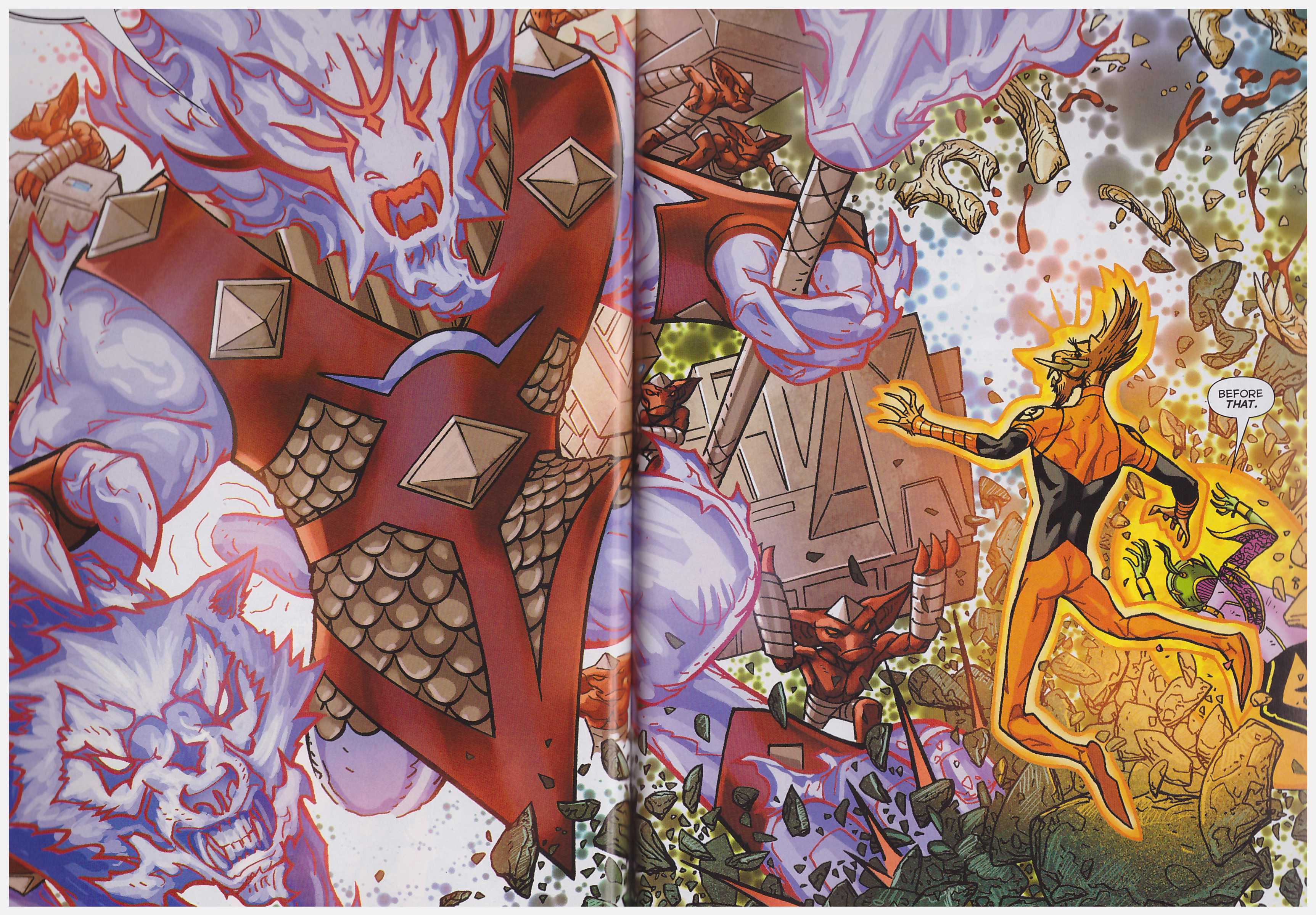 If there was a breakout character from events leading to 2008’s Blackest Night series it was Larfleeze, alternatively known as Agent Orange. He’s older than most beings in the universe, and has jealously guarded the orange lantern powering his similarly coloured ring, the orange light being that of avarice. As the sole possessor of that power, unless grudgingly and temporarily shared with others, Larfleeze can construct orange energy powered avatars to carry out his bidding.

Writer Keith Giffen and artist Scott Kolins previously set Larfleeze off on a romp within Threshold, and that proved popular enough to generate this series. In the event you missed that trivial, but diverting, first solo outing for Larfleeze, it opens this book.

Thereafter J.M. De Matteis joins the creative team to script Giffen’s plots, and he signs up with Larfleeze drifting toward his demise at the furthest corner of the universe, where all matter becomes energy, his power battery absent and his ring with only fifteen minutes of power remaining. Just the time for a monologued origin recap, then. This is addressed at his enslaved assistant Stargrave.

It’s the type of relationship between egotistical master and sardonic, boot licking servant the writing team have previously introduced on other projects (most notably Justice League International), always to good effect. Here, though, they’re asking that partnership to carry an entire book, although while Stargrave switches allegiances the format of the relationship is sustained. It just about works, although as the continuation, The Face of Greed, displays, the joke doesn’t carry a series.

Before that, though, Larfleeze has to contend with immensely powerful beings from another universe, and the reincarnated former Orange Lanterns, a rather unsavoury bunch, truth be told.

Kolins has developed a new scratchier style for Larfleeze, and it’s not as appealing as his earlier work on the Flash. While still well capable of dynamic images, his other panels seem needlessly cluttered and distracting, and although he has many strengths as an artist, light comedy doesn’t appear to be among them.

Those who’ve enjoyed Giffen and DeMatteis’ brand of comedy superheroics in the past will probably enjoy Larfleeze, although may well consider the returns diluted.