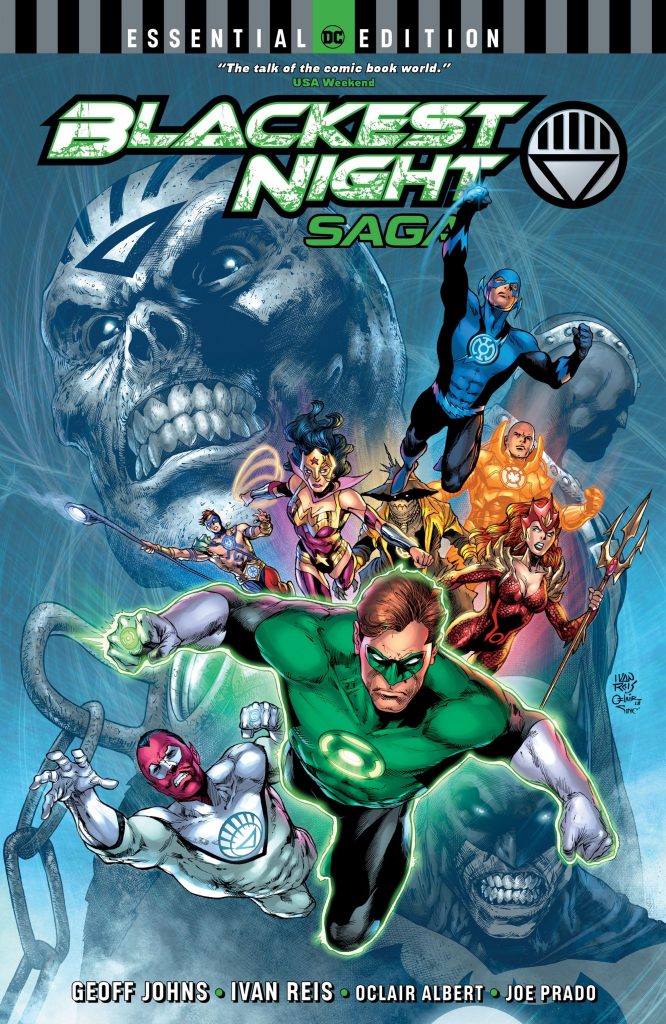 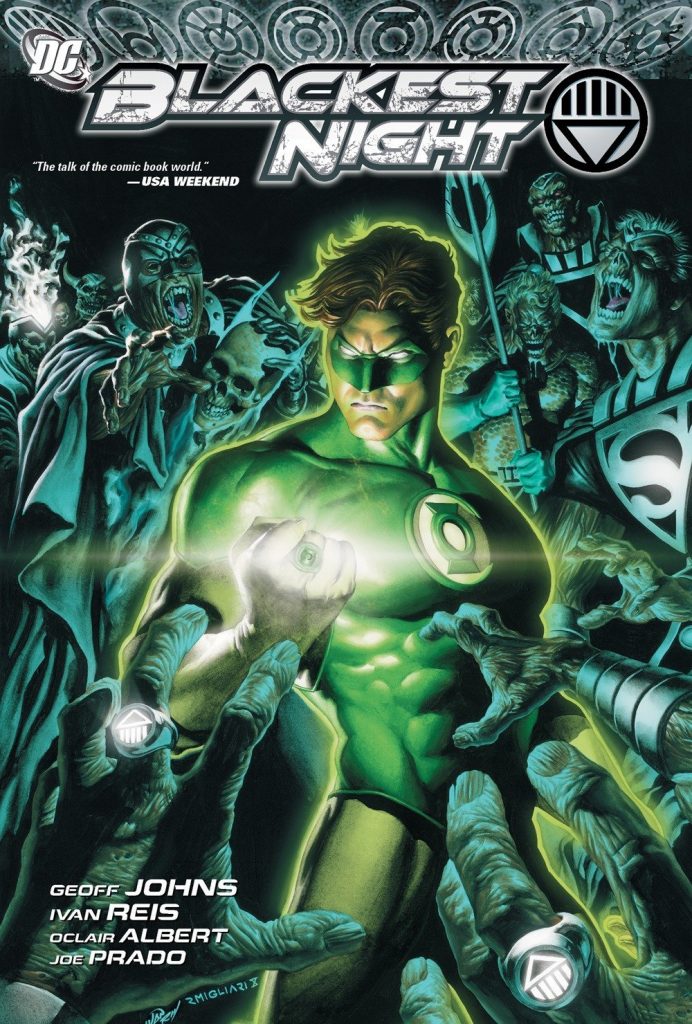 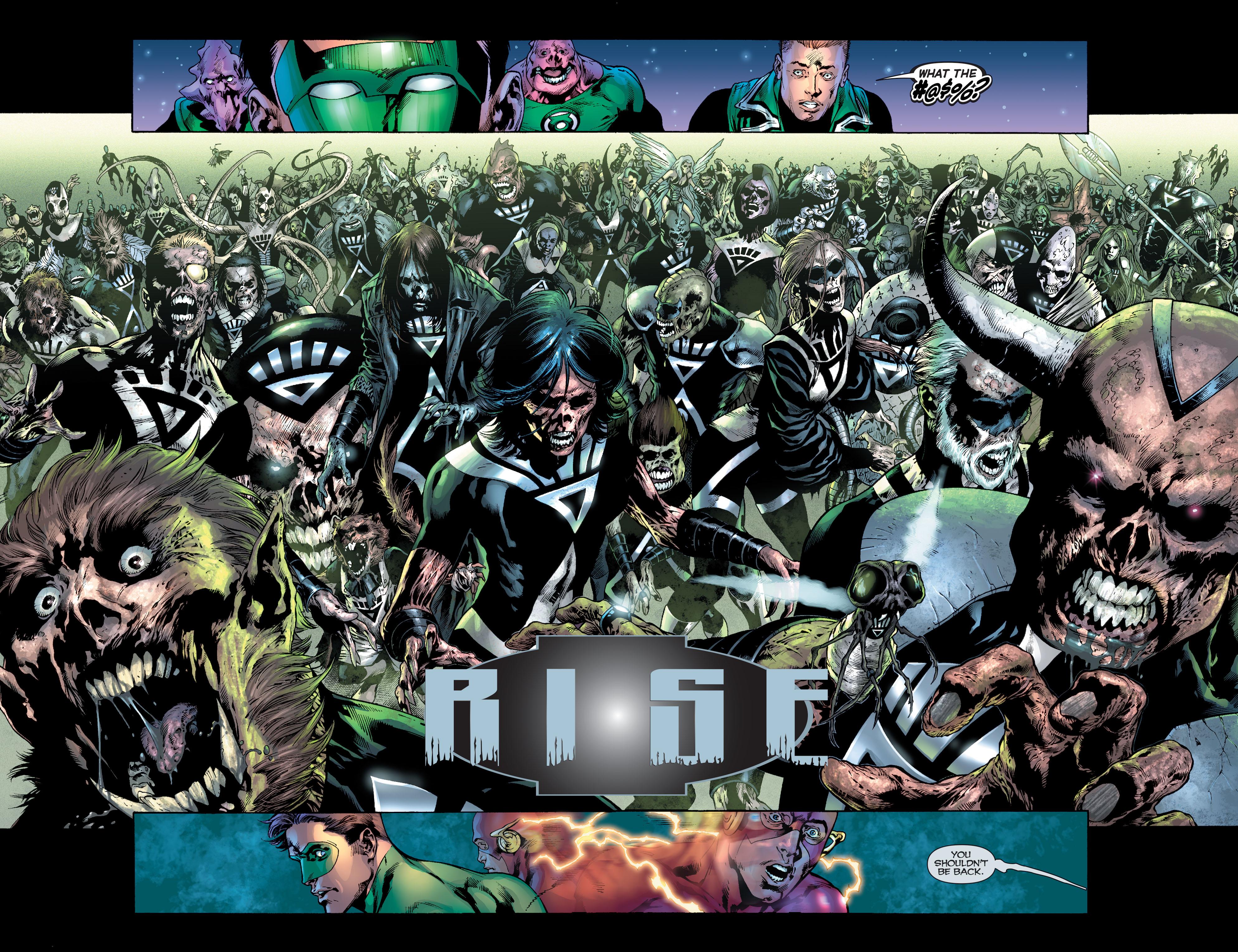 Over several years writing Green Lantern from 2004 Geoff Johns, occasionally with artist Ivan Reis, evolved a compelling superhero read. By the time of Blackest Night he’d restored Hal Jordan as the core Green Lantern, and established the idea of multiple Lanterns across the rainbow spectrum, each associated with a different emotion. It stood to reason that if there were Red, Orange and Blue Lanterns, there would be Black Lanterns, and Blackest Night duly introduces them, with Johns providing the background in a somewhat florid prelude. It simultaneously redefines third rate villain Black Hand into something sinister and terrifying, returned from the grave with his own black ring and tasked with delivering everyone living to death.

It’s an unpleasant premise, addressed via Johns asking why some heroes return from the dead while others remain in their graves. In the superheroes’ world the answer isn’t as obvious as commercial considerations. It’s a point that takes some making, meaning that over the first quarter of Blackest Night we have a lot of explaining, a tour of DC’s heroes and a celebration of those who died. It’s all beautifully illustrated by Reis, but dull in places, not a description commonly associated with Johns’ writing. The Black Lanterns are never called zombies, but it’s only when they turn up that Blackest Night springs into life. We still have to put up with Black Hand spouting nonsense such as “Death will take us all, and the universe will finally be at peace”, but there is a combined thrill and emotional resonance on seeing assorted heroes taking on their counterparts. John is imaginative in his use of revived characters and who they face, mostly selected for maximum emotional impact.

Although Blackest Night spawned plenty of tie-ins (see recommended graphic novels below), Johns plays fair with the core story, which can be enjoyed (or not) without reference to other graphic novels. They broaden and inform, and explain how Jordan picks up allies halfway through, but this tells a complete story. The concentration is on Justice League members and their associates, offering a good choice of living and dead, although it’s nice to see heavy hitters take a back seat for once. This is Hal Jordan’s story, but the recently returned Barry Allen Flash and Atom feature heavily. Johns also takes a nitpickers tour around the DC universe, pre-empting those who’d suggest the Spectre or Zatanna could settle matters in an instant, and has good reason for indicating early the superheroes that have returned from the dead in the past. He keeps ramping up the danger and inventively twisting the use of rings.

Doug Manhke draws the prelude chapter, but this is an artistic tour de force on Reis’ part. He’s certainly appreciated in the DC offices, but perhaps he doesn’t always get the wider credit he deserves, because while his art is strongly designed it’s not instantly recognisable in the manner of a George Pérez, to name another lover of crowd scenes. Reis provides amazing spreads, and colour is phenomenally important, but is where the plot makes Alex Sinclair occasionally look bad, by forcing him to create excessively bright rainbow pages.

Black Hand and his ponderous captions are thankfully replaced early by a more recognisable DC danger controlling the Black Lanterns, and Johns keeps his foot on the pedal all the way to the rousing end. Blackest Night starts slowly, but builds to a life-affirming crescendo and still reads well. Brightest Day would follow. The 2019 reissue comes with annotations from the creators, and an Omnibus edition also features associated Black Lantern material. 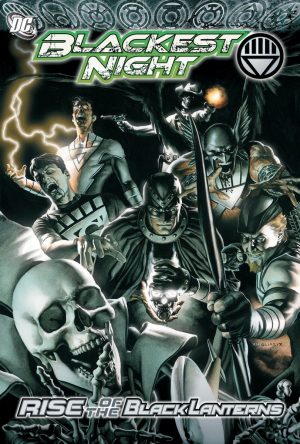 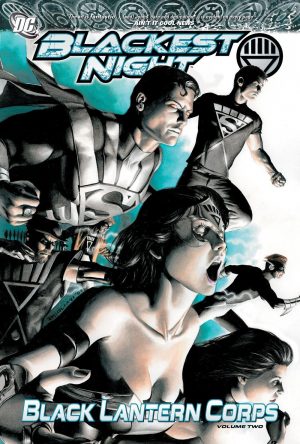 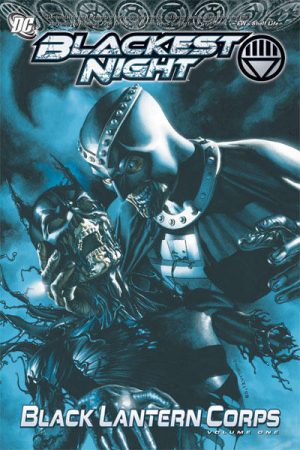